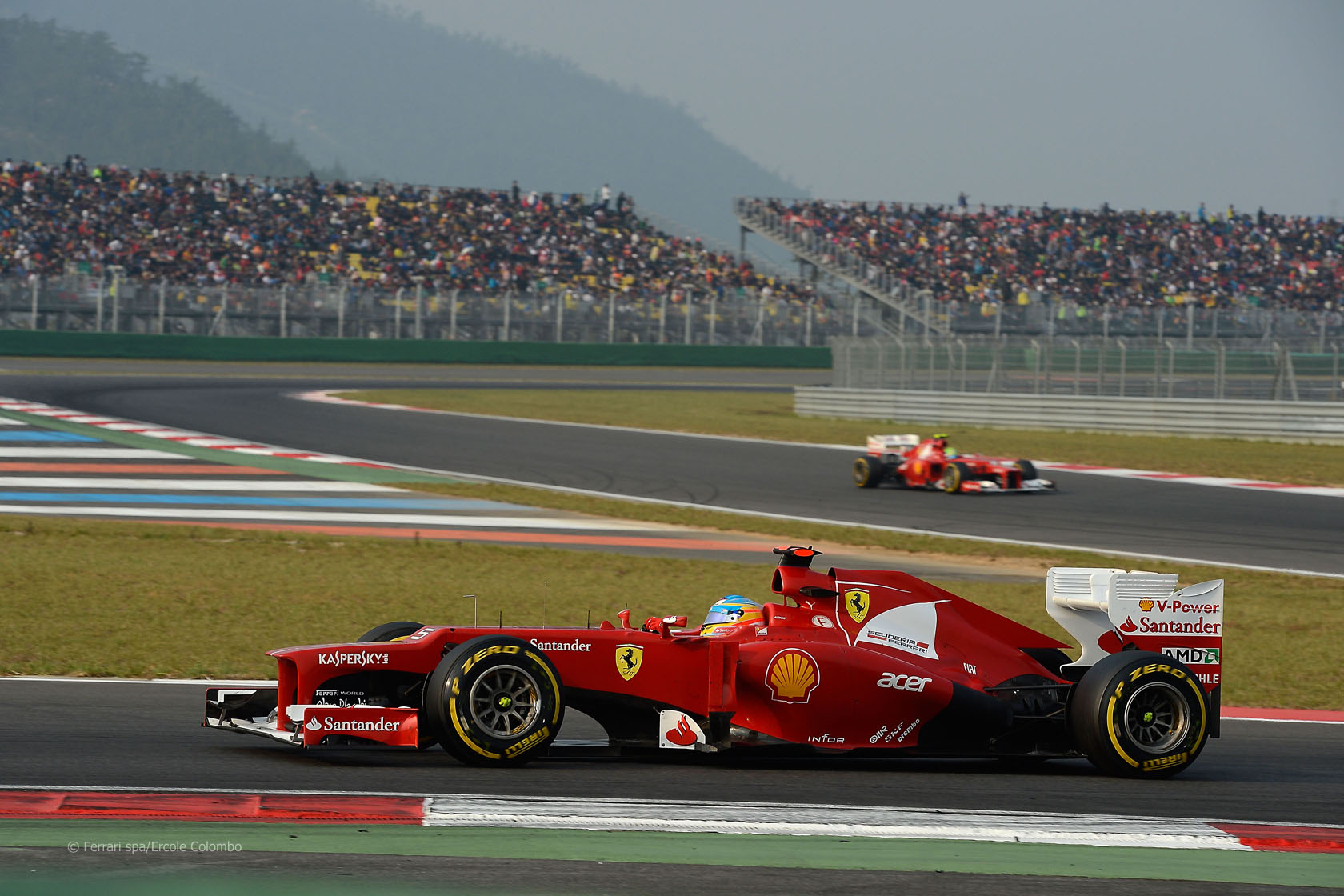 Fernando Alonso tried to put pressure on Red Bull in the final stint by taking it easy to begin with, then pumping in a sequence of quick laps, but to no avail. Alonso had the opportunity to back of and save his tyres for a late push because his nearest threat, Kimi Raikkonen, was too far behind. Felipe Massa was in between the pair of them but he was never going to be allowed to overtake his team mate.

Having taken care of his tyres earlier in the stint Alonso unleashed a series of quick laps from lap 48 in a bid to put Mark Webber under pressure.

But Webber responded quickly to Alonso’s spurt of pace. After five laps in which he’d reduced Webber’s 4.7s lead by just one second, Alonso backed off again.

Lewis Hamilton’s lap times show the development of his various problems quite clearly. From lap 19 his times rise due to the anti-roll bar problem which also made it harder for him to look after his tyres.

Then on lap 52 his times spike after he collected a large piece of Astroturf which attached itself to the right-hand side of his car. This cost him around four seconds on lap 53 alone, though from there on he was able to reduce the time lost on the last two laps.

Webber produced the fastest lap of the race on the penultimate tour.