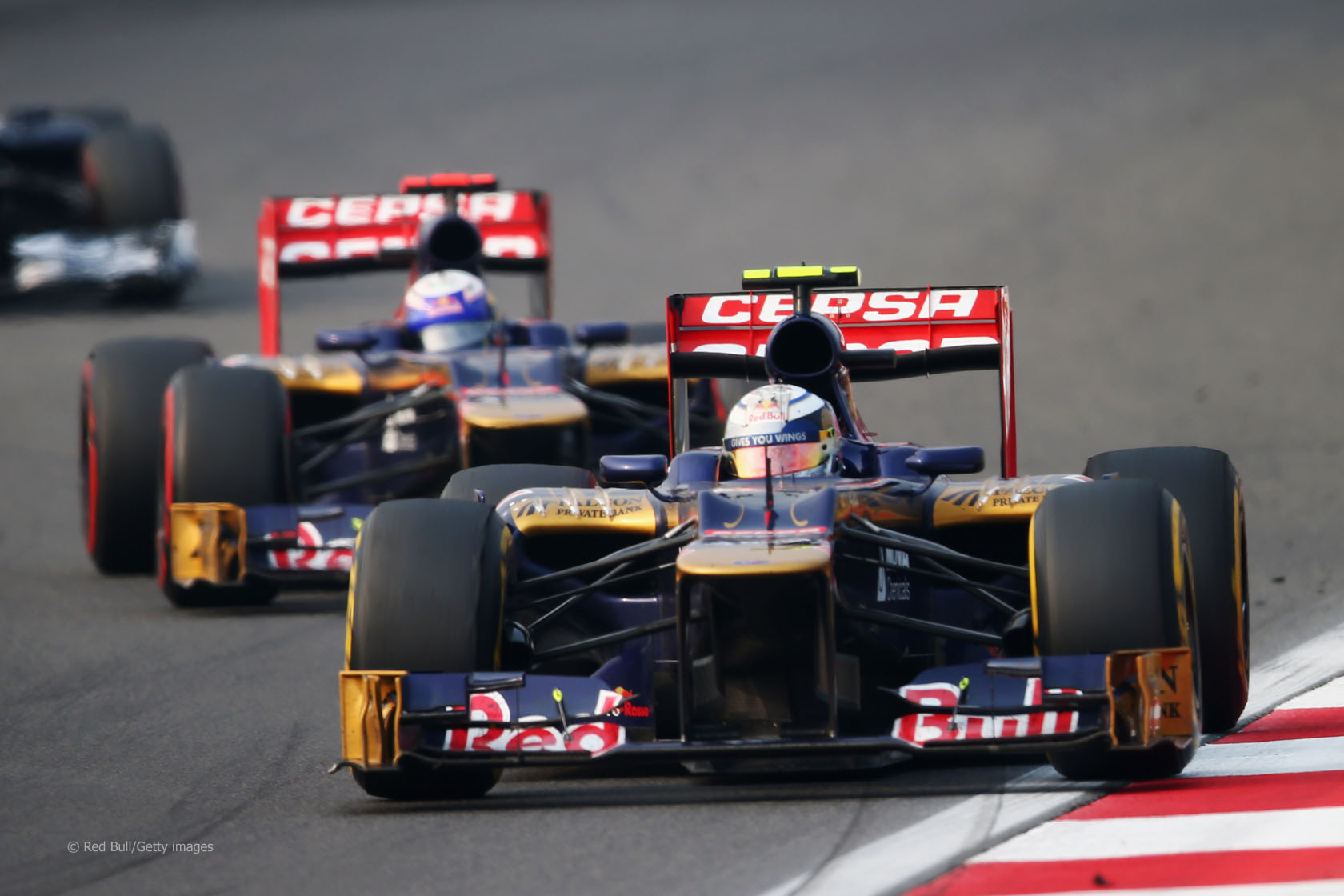 Daniel Ricciardo was holding eighth place in front of his team mate when a braking problem sent him off the track and ultimately cost him the position.

The yellow flag shown in the DRS zone from lap two to nine shaped the opening phase of the race as it temporarily neutered the best opportunity for overtaking on the track.

Sergio Perez’s late first pit stop did not help him make up positions. Particularly as his first visit to the pits was one of the slowest of the race, costing him around four seconds.

After his final pit stop he passed Pastor Maldonado, Michael Schumacher and Paul di Resta and was shaping up to attack Hamilton when the race ended. Maldonado was one of only two drivers to run a one-stop strategy in the race. It didn’t work out well for him – or his team mate Bruno Senna, who spent his last stint starting at his team mate’s rear wing.

“I found myself going straight on at turn three and at first I thought it must have been a suspension failure,” he said. “The car suddenly shot to the left and I could not stop it.”

“However, I realised I could keep going, even if every time I braked the car pulled to the left and I was locking the front a lot.”

But the time lost meant he was soon passed by team mate Jean-Eric Vergne. Ricciardo might have fallen victim to Lewis Hamilton too had the McLaren driver not picked up a piece of Astroturf.