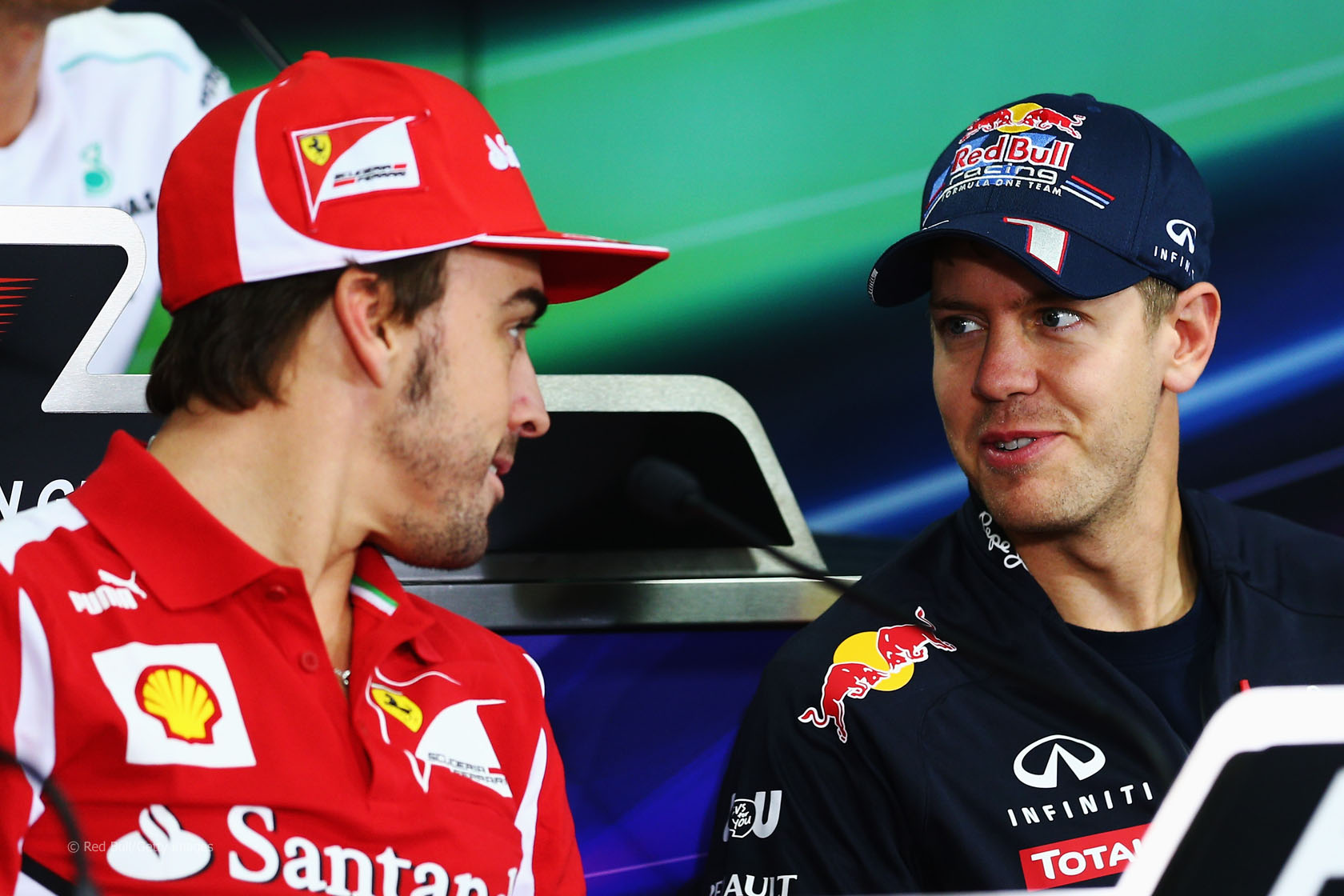 Luca di Montezemolo has played down the prospect of Sebastian Vettel joining Ferrari in 2014, saying he doesn’t want “two roosters” at the team.

“Today the problem is not with drivers,” Montezemolo told Italian radio station Rai.

“2013 is still to come but I don’t want to have two roosters in the same hen house, rather two drivers who race for Ferrari and not for themselves.

Montezemolo also denied claims his team would poach Red Bull’s star chief technical officer Adrian Newey: “I can say that he is very good at his job but we also managed to win eight constructors’ titles in the last 13 championships without him: I have huge faith in our own engineers.”

Korea saw Ferrari move up to second in the constructors’ championship but Fernando Alonso lost the lead of the drivers’ championship to Vettel. Montezemolo said improving the team’s performance on Saturdays is key to their chances in the final races:

“We are a few tenths off the pace of the best, above all in qualifying. We must try to have a front-row car because otherwise, starting further back, it makes life much harder and you are at greater risk of getting caught up in accidents. To have a quicker car we must work day and night in a methodical and determined fashion.”