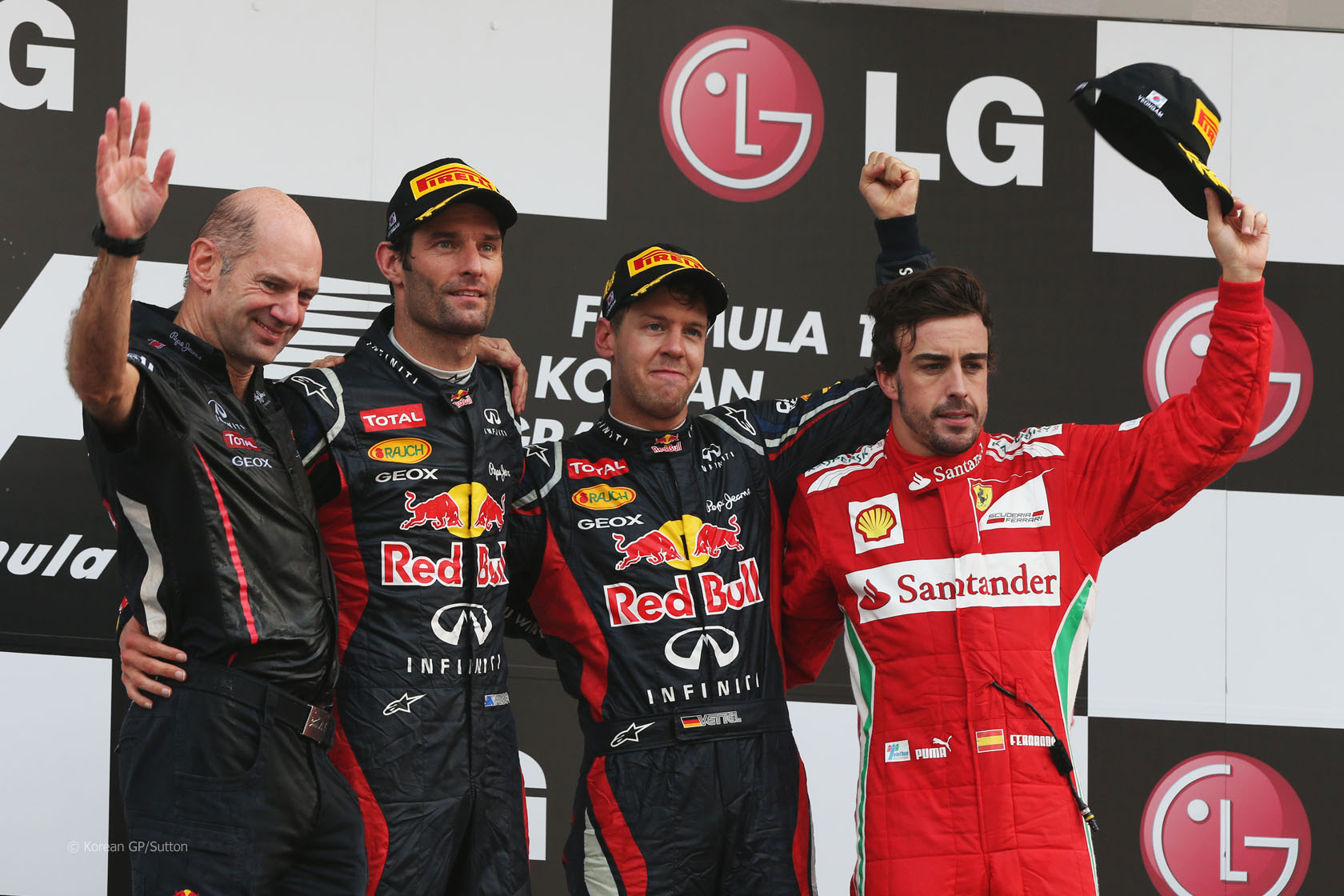 The battle for the lead of the Predictions Championship has closed up following some high scores in the Korean Grand Prix round.

@Slowhand led the way with a near-perfect score of 48, missing only the two points for pole sitter, but claiming a 1975 Autocourse eBook as a prize and moving up to fifth in the championship.

Second place and a Grand Prix Heroes DVD from Duke Video went to @GST via the pole position time tie-breaker. @Anakincarlos claimed third and an F1 poster from PJ Tierney.

The result means @Zantex’s lead in the championship has been almost halved to seven points. @Anakincarlos moves up to second ahead of @Chelseano161997, who came close to winning a prize for the second race in a row.

Over 84% of players picked Sebastian Vettel to claim to pole position. There were only 20 players who correctly named Mark Webber as this weekend’s pole sitter.

However Vettel delivered on Sunday for the two-thirds of players who expected him to win the race.

Here are the predictions and from the top-scoring players in this round:

16 comments on “Predictions Championship gets close after Korea”