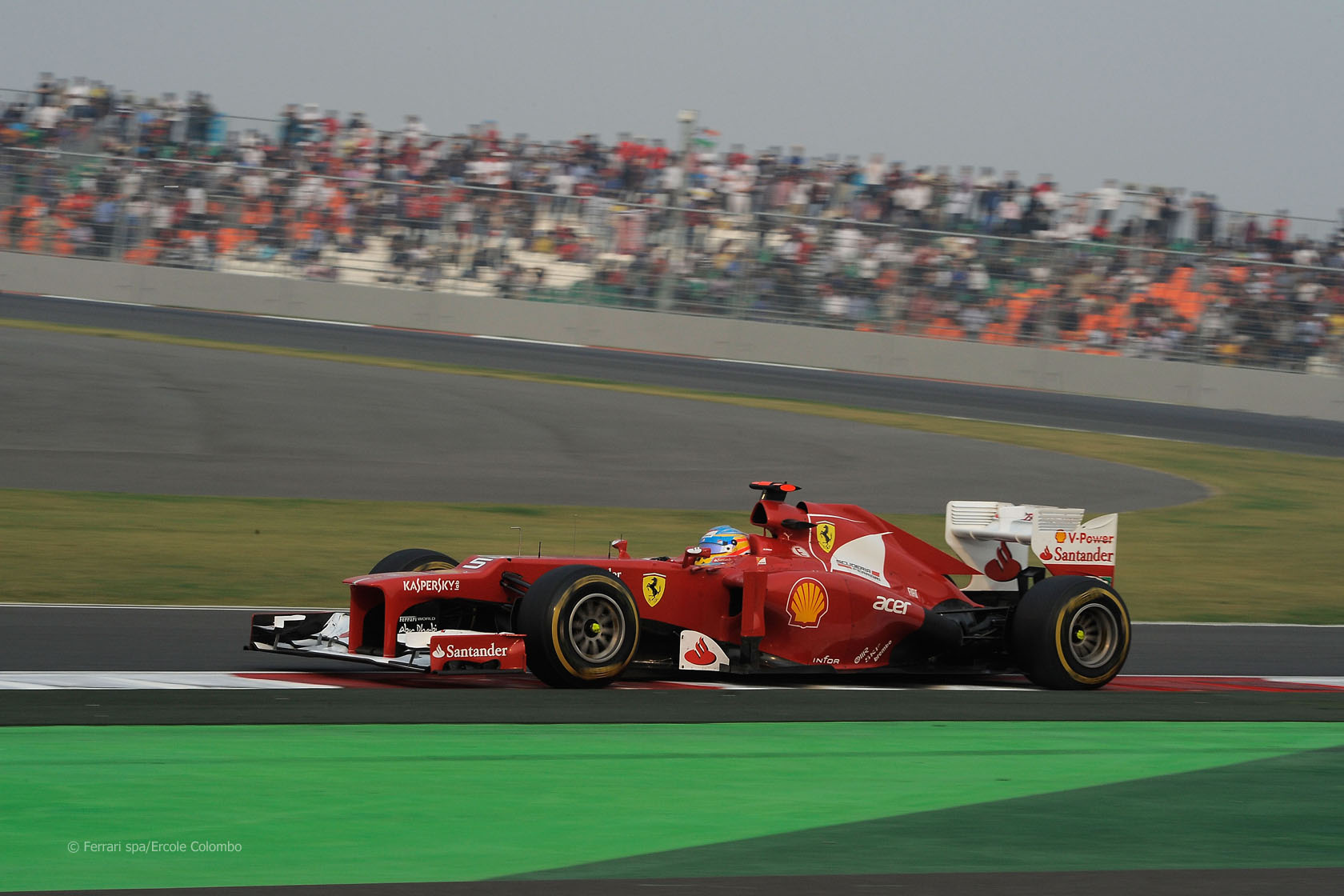 Fernando Alonso said he drove ‘at 120% for 60 laps’ during the Indian Grand Prix – but Jenson Button snatched the fastest lap off him. Alonso said his climb from fifth to second in the race was down to “a great start, a great first lap, a good top speed and the right tyre management… along with me driving at 120% for each of the 60 race laps.”

His lap times improved notably when he passed the KERS-less Mark Webber on lap 48. But he did have a blip on lap 56 when he went off at turn 14.

Charles Pic was praised by Marussia team principal John Booth for his pace during the race: “He was able to get ahead of Petrov and hold a gap to him for quite some time,” said Booth.

“Unfortunately we were ?óÔéĽ?Łout-KERS?óÔéĽÔäód?óÔéĽÔäó and Charles was unable to hold station for long. Nonetheless, once [Vitaly] Petrov got past, Charles kept pace with the Caterhams and were it not for the last few blue flags he would have finished within 5.0s of Heikki [Kovalainen].”

With the tyres holding up well, five drivers set their fastest laps on the final tour. At first Sebastian Vettel set the race’s fastest lap, but that was beaten by Fernando Alonso, Jenson Button and – most surprisingly – Bruno Senna.