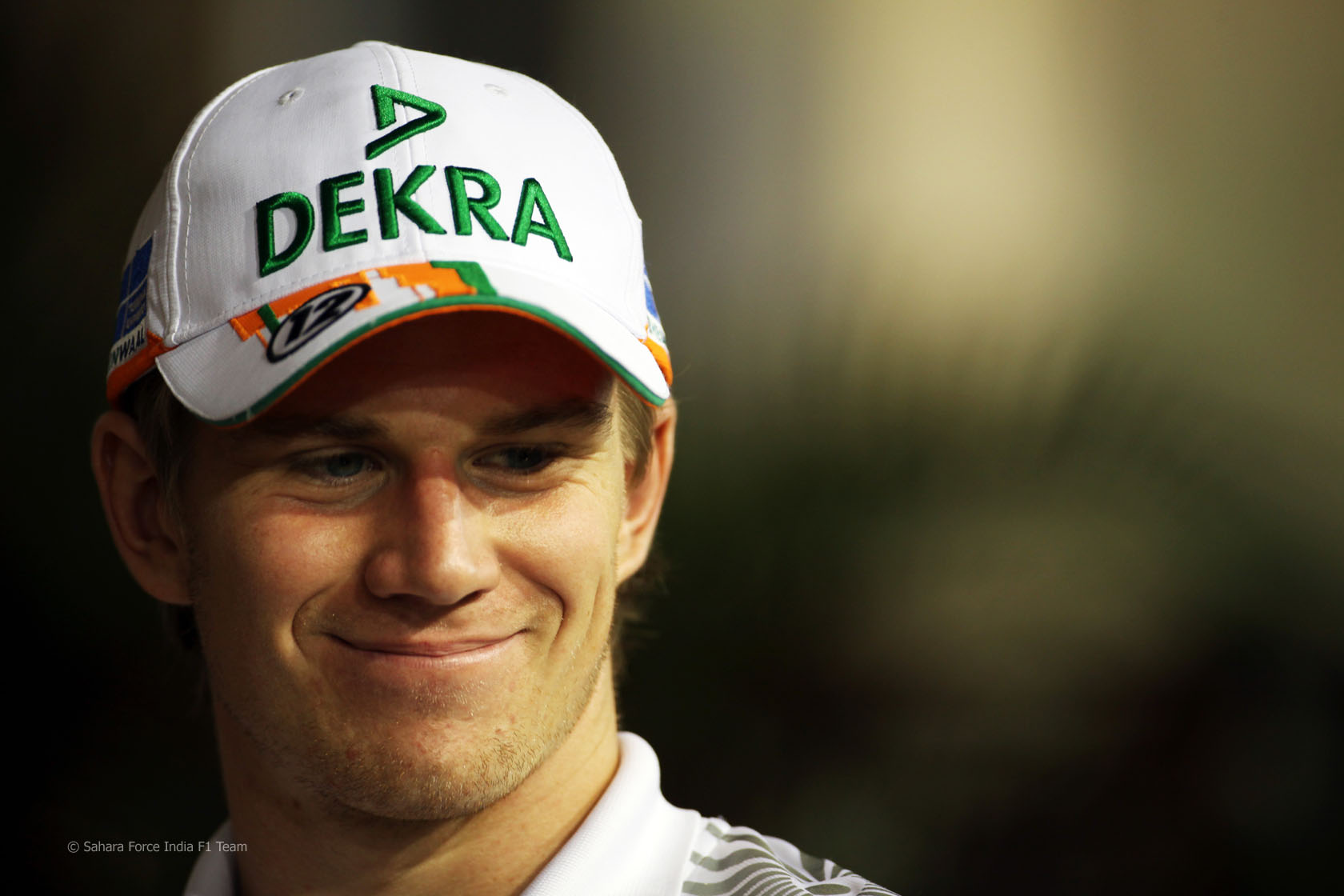 Nico Hulkenberg will move to Sauber for 2013, the team has confirmed.

It will be the third team Hulkenberg has raced for in as many seasons. He arrived in F1 with Williams in 2010 but was replaced at the team by Pastor Maldonado the following year.

He spent 2011 as a test driver for Force India before joining their race team this year.

“Plus it?óÔéĽÔäós a team in which young drivers have repeatedly delivered exceptional performances. I would like to take up that baton.

“The Sauber F1 Team is currently going through a very positive development and I?óÔéĽÔäóm certain that together we can achieve a lot. Until that time I will remain fully focused on my job with the Sahara Force India Team. I?óÔéĽÔäód like to thank the management at Sahara Force India for giving me the chance to return to Formula One as a team driver.”

Sauber team principal Monisha Kaltenborn said: “We?óÔéĽÔäóve been observing Nico for some time now and his performances have been very persuasive. That was the case in GP2 and has continued into Formula One.

“An obvious highlight was how he scored pole at Interlagos in 2010 despite the most challenging external conditions. He clearly showed that he can seize the chance if it arises.

“But high spots like that are one thing; systematic teamwork is another ?óÔéĽÔÇŁ and on that score I have confidence in Nico too. I?óÔéĽÔäóm sure he will fit in very well with the Sauber F1 Team. We look forward to working together with him.”

Sauber added the team’s second driver for 2013 would be confirmed “at a later date”.

Sergio Perez is already known to be leaving the team for McLaren. Kamui Kobayashi’s seat is believed to be under threat, with reserve driver Esteban Gutierrez tipped as a replacement.

Force India team principal Vijay Mallya said it had been “a pleasure” to work with Hulkenberg this year.

“At the end of 2010 we identified him as a star of the future and it has been rewarding to watch him develop his racing skills,” he said.

“Together with Paul he has done a brilliant job for us, helping the team score more points than ever before and giving 100% commitment every weekend. We would like to thank him for all his hard work and wish him well for the future. With three races remaining this season, we know Nico will remain totally committed and continue to deliver his best performances for the team.”

See the updated list of 2013 F1 drivers and teams