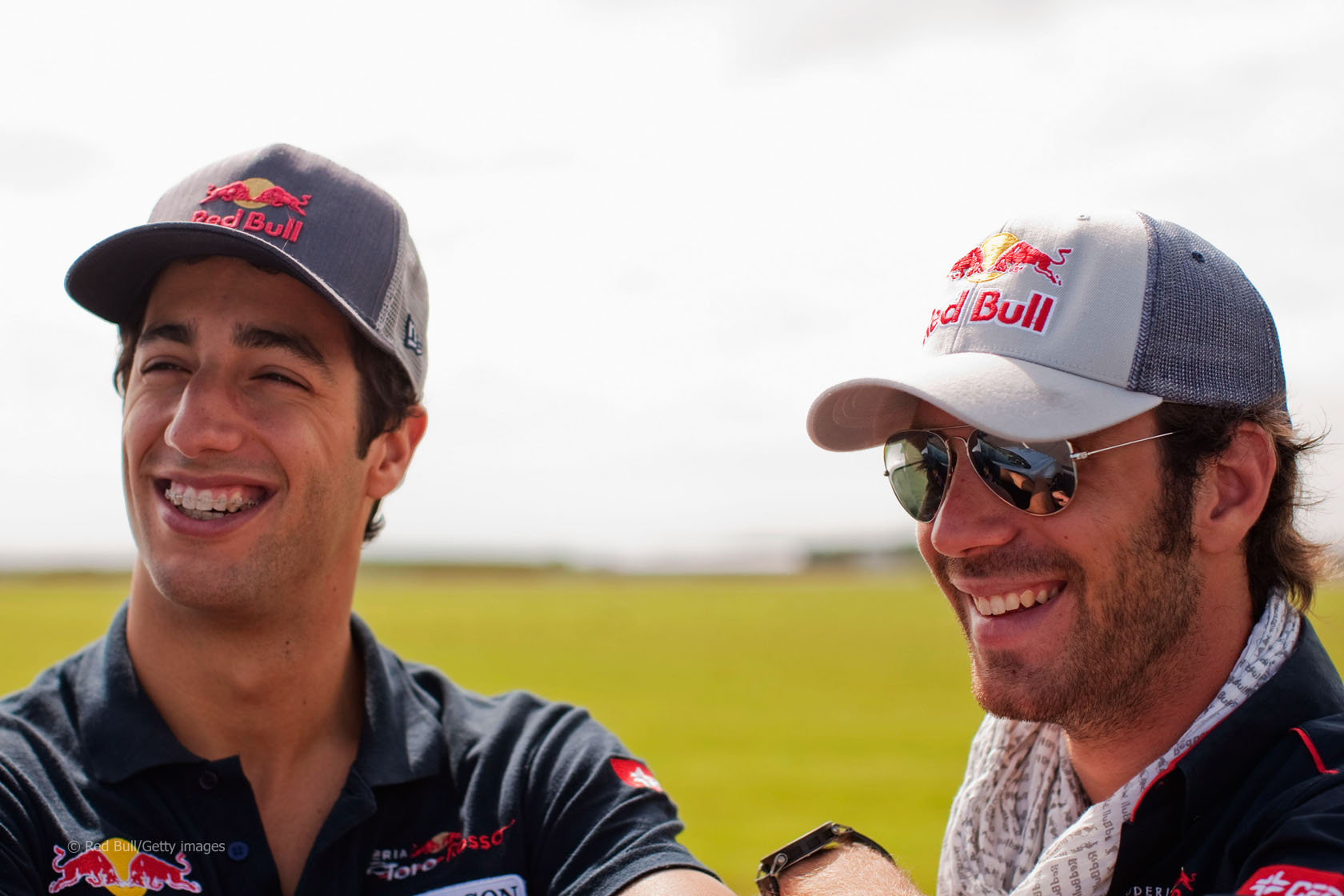 Toro Rosso have confirmed Daniel Ricciardo and Jean-Eric Vergne will remain as their drivers in 2013.

“Daniel joined us with a few Grands Prix under his belt and so his feedback and experience was particularly useful while Jean-Eric got up to speed, often having to deal with tracks he had never seen before.

“Since the summer break, both drivers have scored more points and everyone in the team has been impressed with their maturity in terms of working with the engineers and their racecraft on track. We will be doing our best in the next few months, to produce a 2013 car which will allow them to demonstrate their talent.”

Ricciardo said the team have “big expectations for next year and I?óÔéĽÔäóm ready and willing to fulfil them”.

“I feel I have been growing and developing as a driver and my approach to the technical side of the sport has also progressed this year, so I am sure that will serve me well in my second season with Toro Rosso,” he added.

“We have had quite a tough season, but despite that, I have always enjoyed a good relationship with all the guys and I am delighted at the idea of working with them for another year.”

Vergne said: “I am really happy about this great news. Thank you Toro Rosso and thank you Red Bull, who have backed me since the early days of my career.

“It has been a difficult season and, as a rookie, I have learned a lot, thanks to the support I got and the excellent relationship I have enjoyed with all the guys. I feel much stronger now and I know I have become a better driver over the course of the season.

“I really believe in this team and with all the experience I have gained, combined with the team?óÔéĽÔäós ambitious plans for next year, I think we can look forward to great things in 2013, attacking all the way.”

See the updated list of 2013 F1 drivers and teams