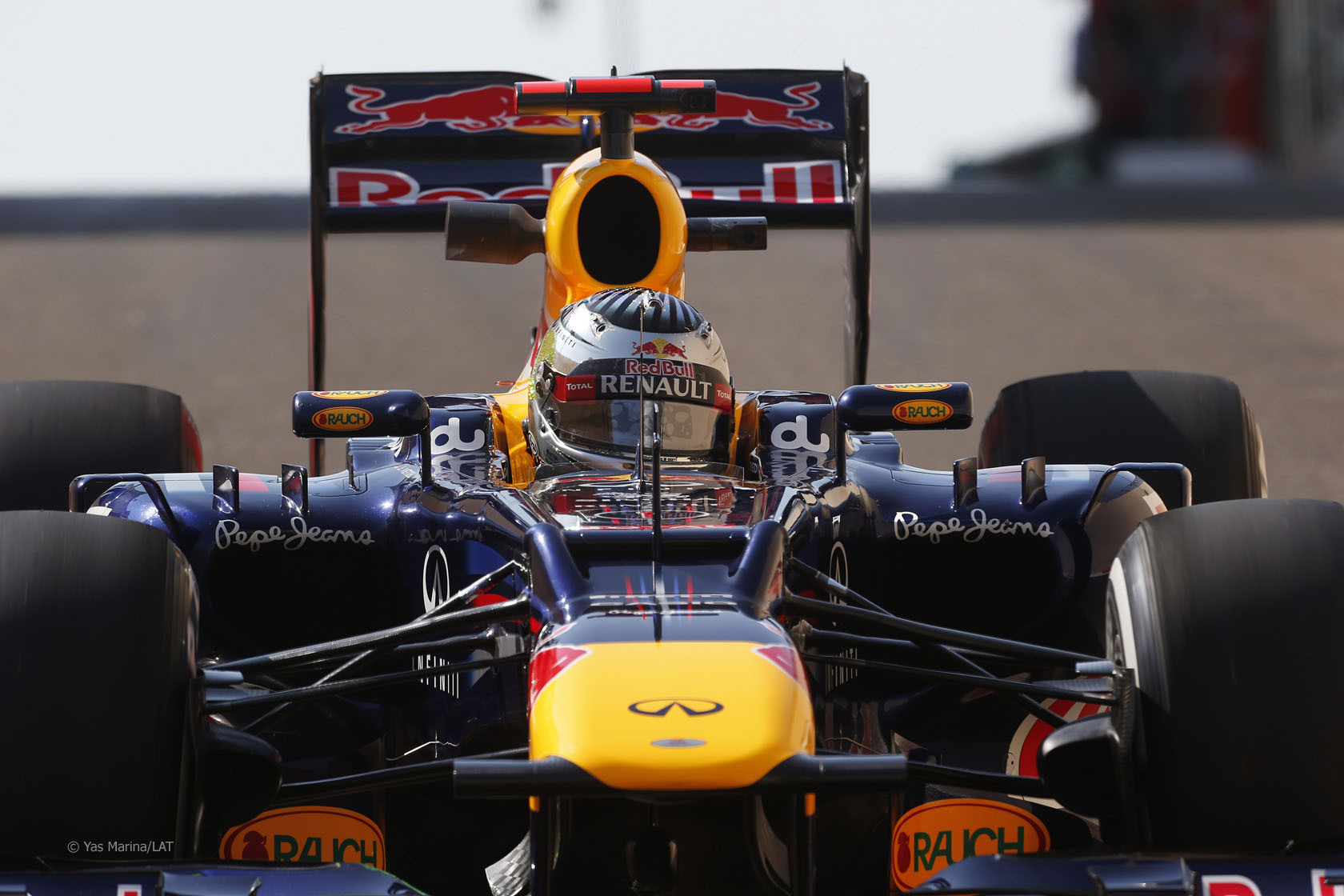 Vettel took to the top of the times straight after the session began but was pegged back by Lewis Hamilton at first.

McLaren appeared to be a match for Red Bull on the medium tyres. Hamilton set a 1’42.095 which was around half a second quicker than Vettel could manage on the same rubber.

But when the teams switch to the soft tyres Vettel found much more time. A 1’41.751 put him ahead of Hamilton by 0.168s. Mark Webber was fourth-fastest behind the other McLaren of Jenson Button.

Webber’s session came to an early end after a leak was seen on his car. During the session Webber’s RB8 was also observed to be touching the ground at the T-tray when he had DRS open, kicking up sparks as Vettel’s had done in India.

The two Lotuses were next, Romain Grosjean fractionally faster than Kimi Raikkonen. The Ferraris of Fernando Alonso and Felipe Massa were seventh and eighth.

Pastor Maldonado and Sergio Perez completed the top ten. Nico Hulkenberg was 13th for Force India after a KERS failure on his car.