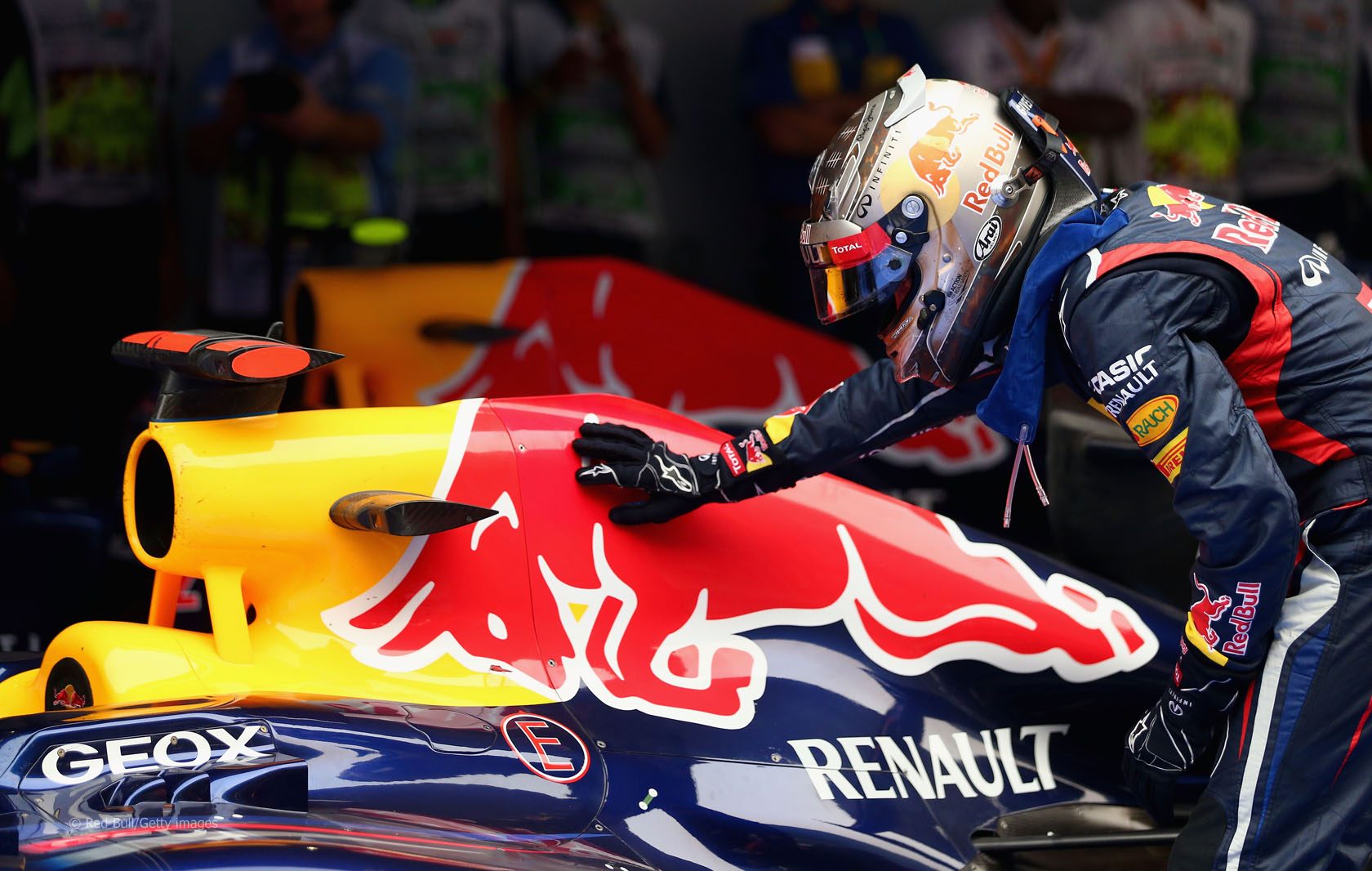 In the round-up: Jacques Villeneuve tells Italian magazine Autosprint he is supporting Fernando Alonso and believes Sebastian Vettel is not as cool-headed as his Ferrari rival.

“Alonso remains calm, cool, and rational, while Vettel most times gets upset, angry, screams and flicks the middle finger. He reacts like a child.”

The interview was conducted by Autosprint but their website repeatedly failed to load for me when I looked for the original article.

“Sebastian has been involved with Red Bull since he was 12 years of age. His only successes have come with Red Bull. He feels comfortable in the environment. He trusts in the people and we’re bringing the best out of him as well and he is happy”

Circuit of the Americas partner Bobby Epstein: “I’ve never been involved in a venture where we have to sell tickets. Will people buy them? And if they do, will they come? And if they come, will they have a good time? I’ve never had to worry about that before.”

Dr Steve Olvey, who spearheaded advancements in safety during his time working for CART and Champ Car, is the chief medical officer for the United States Grand Prix. His book Rapid Response is a excellent read which includes a fascinating account of how Alex Zanardi survived the crash at Lausitzring in 2001 which severed both his legs:

“It?¾įķ╝įõ¾s impossible to know how many people think Austin would be better off without F1. They tend to be more vocal than those who are merely irritated at the inconveniences the race will bring, such as traffic and noise, and the accompanying downtown extravaganza.”

“I?¾įķ╝įõ¾m made up we?¾įķ╝įõ¾re going back to the States. I?¾įķ╝įõ¾ve only driven the track on the PS3 and simulator ?¾įķ╝įŪž but I think it?¾įķ╝įõ¾s going to be a track that drivers enjoy.”

“Innovative hate-monger Fred Phelps is unleashing his offspring and assorted ill-wishers on Austin.”

“In Detroit the hope that some of the imported European glamour and sophistication would revitalise the inner city’s urban blight was sabotaged by those in the F1 press corps who dubbed the race ‘The Murder City Grand Prix’ and suggested that sounds of gunfire might drown out the engine noise.”

1st impression of Austin, very nice, full of restaurants and bars. Had a giant steak very very good. Just surprised how cold is it in Texas

Note to self: People in #Austin might be the friendliest on planet Earth! @circuitamericas #F1 #WarmWelcome

Roger_E doesn’t go along with Martin Whitmarsh’s view that the recent changes made to F1 will make it more appealing to American viewers:

The thing to remember is that over here we already have NASCAR using artificial things to spice up races and those who don?¾įķ╝įõ¾t like the artificiality of NASCAR have always tended to look at either IndyCar or F1.

As a result those who turned away from NASCAR for using artificial things will almost certainly not like F1 trying the same.
Roger_E

With F1 heading into its final season with turbo engines this marked the final race for two turbo power plants.

However the Motori Moderni engines used by Minardi had been conspicuously less successful, failing to score a point in their 44 appearances.

This was also the last race for a BMW-badged turbo engine, though the company later returned to F1 and their turbo engines were badged as Megatron the following year. Here’s an onboard shot from the Brabham-BMW of Andrea de Cesaris as he blasts out of the pit lane at terrifying speed in the days before they were restricted: