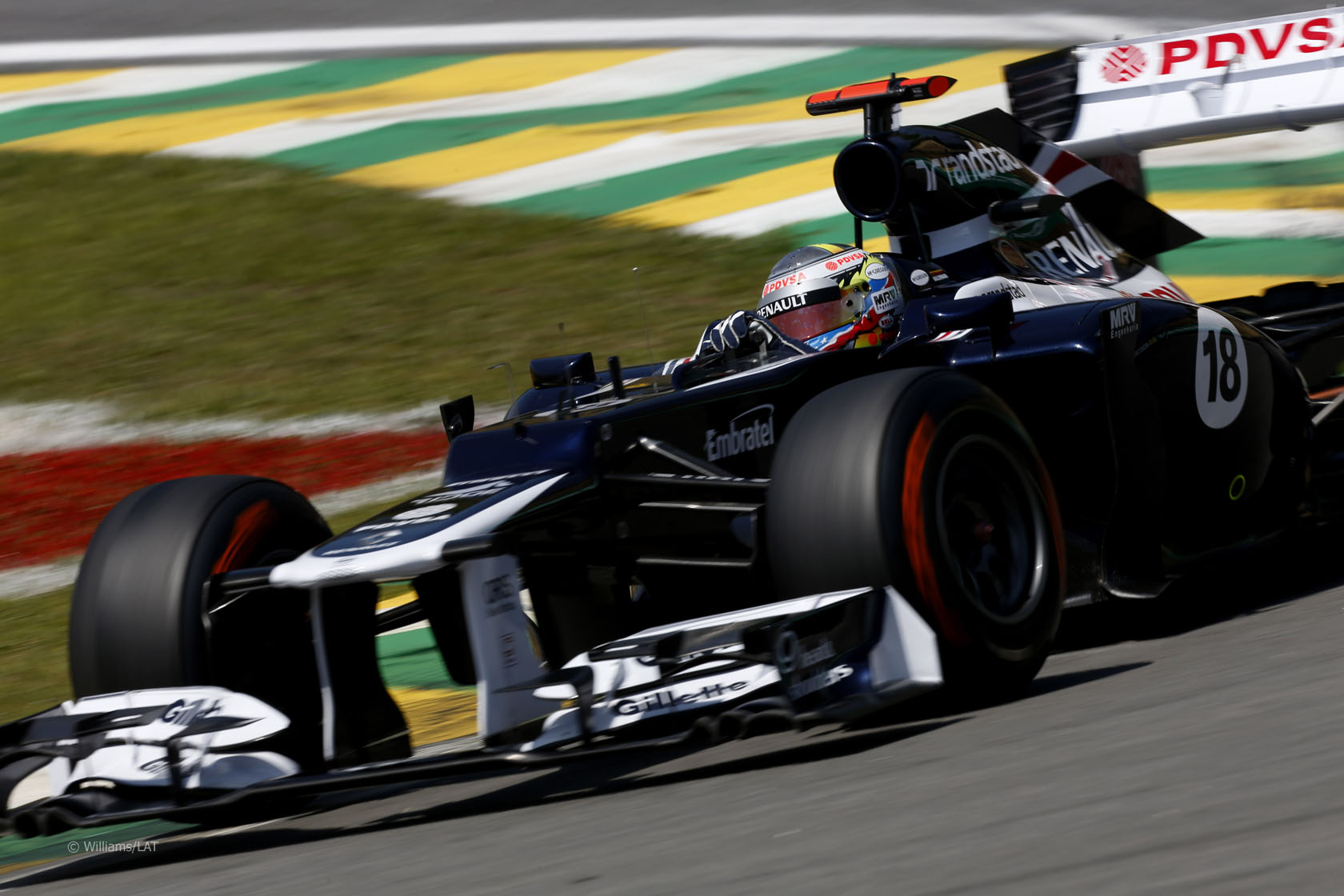 Pastor Maldonado has been given a ten-place grid penalty after missing the weigh bridge during qualifying for the Brazilian Grand Prix.

Maldonado was given a reprimand for the incident. As this was his third reprimand of the year, he automatically received a ten place grid penalty. He is the first driver to receive a penalty for picking up three reprimands.

Maldonado’s penalty drops him from sixth to sixteenth on the grid. Nico Hulkenberg moves up to sixth in his place.

Significantly from the point of view of the championship, Fernando Alonso will now start from seventh, three places behind championship rival Sebastian Vettel.