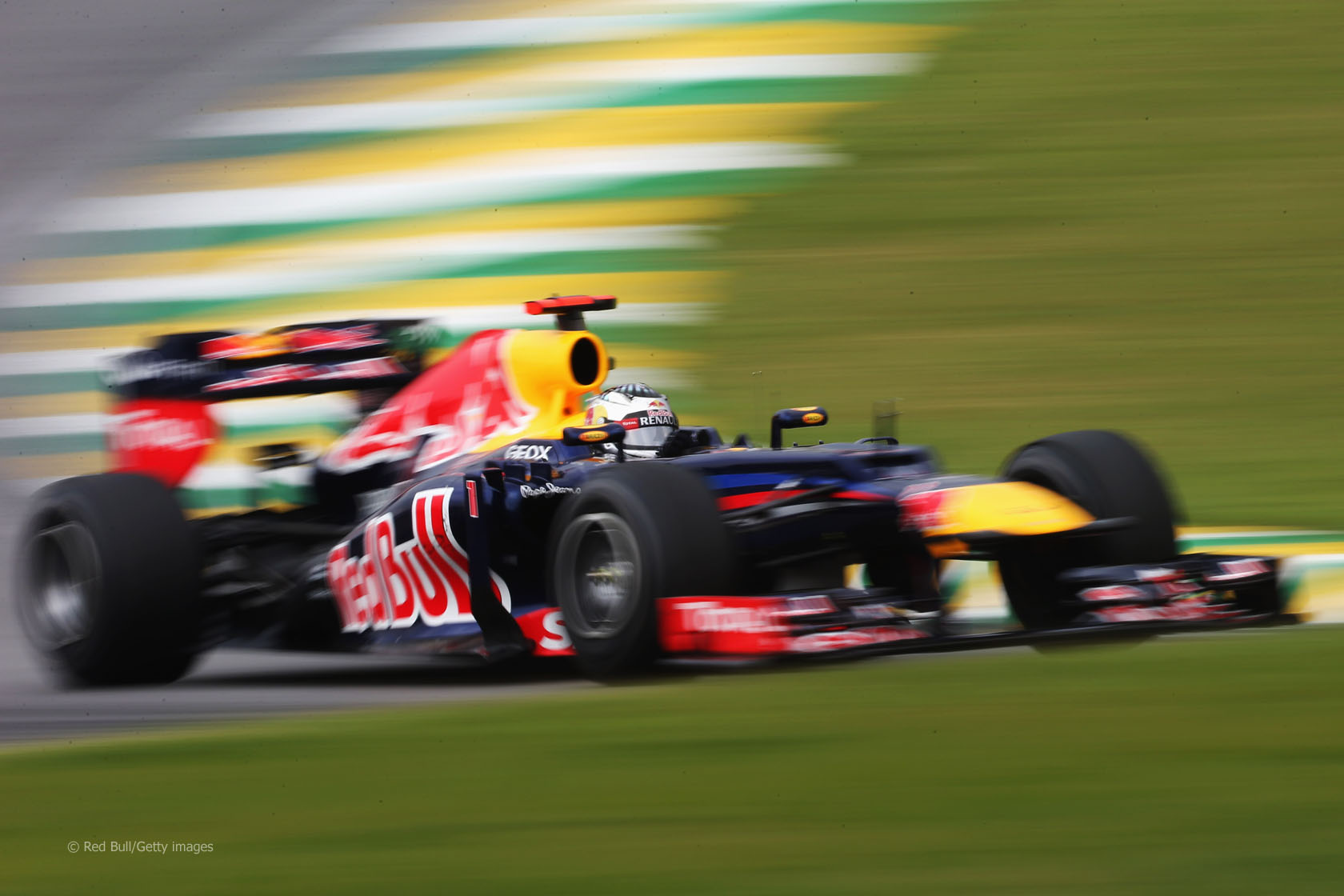 Sebastian Vettel said his final run in Q3 was slightly conservative after making a mistake on his first attempt:

“Overall I think we can be pretty happy,” he said. “It was quite close. I would have loved to do a little bit better job in Q3 I did a mistake in the first run, second run was quite run but it was most important to get a lap in.”

“I think there was a little bit left on the table but for tomorrow it’s a long race, a lot of things that can happen.”

Vettel added he wasn’t concerned about starting in the pack and said he will treat the title-deciding Grand Prix like any other race:

“I think if you look in the neighbourhood there’s always going to be cars around you. I think it would be boring if it would be just me on the grid or just someone else, I think that’s pretty normal, nothing unusual.

“We have mirrors on the car but we try not to use them too much! Our eyes are heading at the front and obviously as I said tomorrow is a long race, a lot of things that can happen and our target is to win.”

Championship rival Fernando Alonso said his qualifying position was typical of his car’s performance but believes he can still get the podium finish he needs to have a chance of winning the championship:

“We were seventh in Abu Dhabi, we were ninth in the USA, we are eighth here so no surprises on that. We finished in the podium in the last races starting in those positions so hopefully tomorrow we can repeat the performance on Sunday and be on the podium.”

He added that rain could improve his chances: “I think we need some chaotic race in a way to mix a little bit the positions, etc…, and maybe the rain can help but we never know. I think we need to push the maximum, to enjoy tomorrow’s race, and as I said try to be on the podium.”

31 comments on “Vettel targets victory as Alonso hopes for rain”