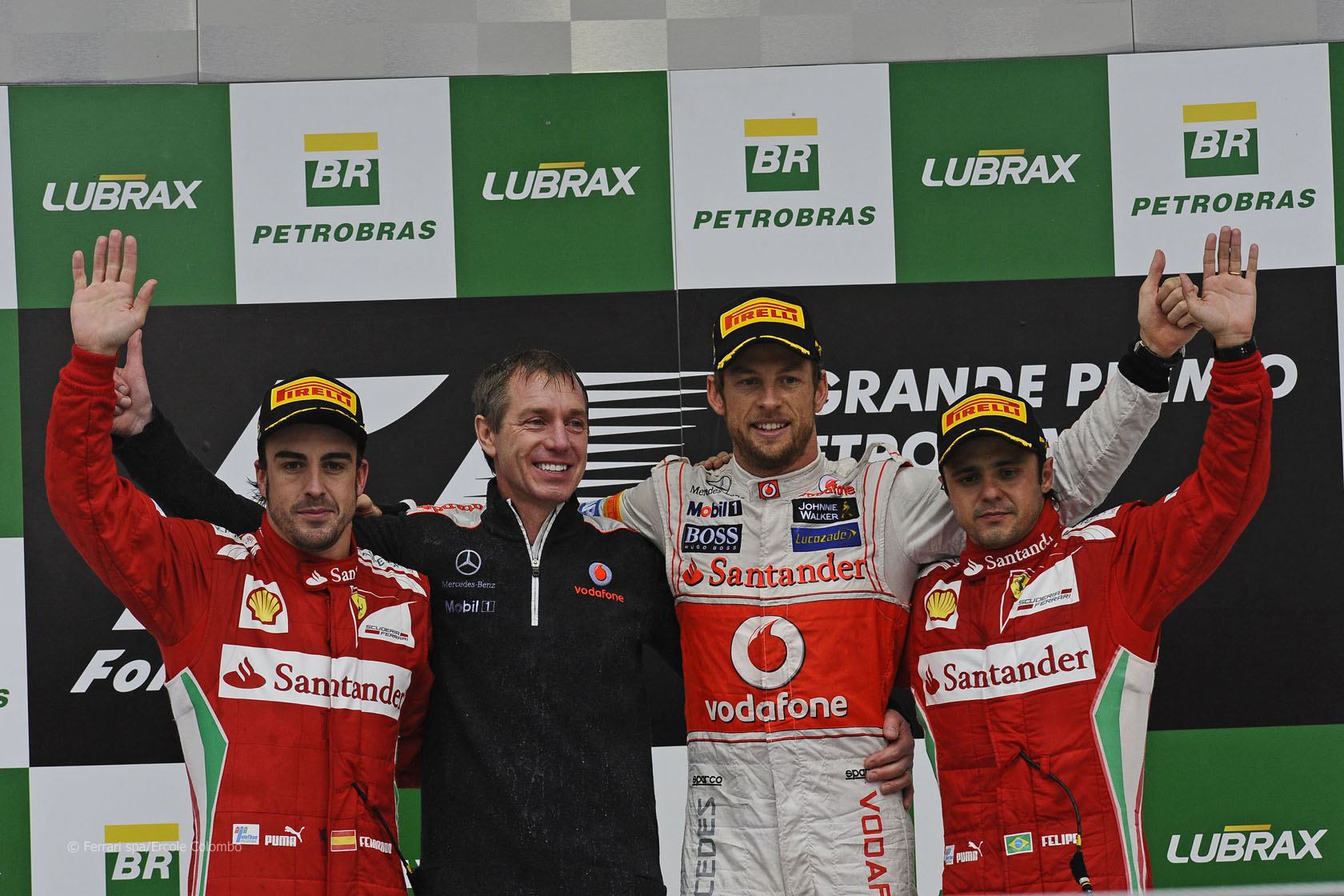 @Carpy3 had a low score in the final round of the Predictions Championship. But, like Sebastian Vettel, it was enough to secure overall victory.

The Brazilian round was won by @Andy2k12, who claims a 1976 Autocourse eBook as a prize.

Here are the predictions from the top ten players in the final round:

Lewis Hamilton was favourite for pole position, chosen by 62% of players. He was also the favourite to win but it was fourth-favourite Jenson Button, picked by 7.64%, who claimed victory.

Congratulations to @Carpy3 who will be attending the 2013 British Grand Prix at Silverstone with a friend with weekend tickets and grandstand seats for the race!

@ZanteX won the second place prize after coming out on top in a tie-breaker* with @OEL-F1.

Five players win a year’s subscription to Racecer Engineering for finishing in positions three to seven. They are @OEL-F1, @Anakincarlos, @Hobbsy009, @Pratik007 and @Romain-from-Grenoble.

And five more players win a 2013 Autocourse Calendar. They are @Chrissylyn, @Durk, @Xabregas, @Lucamus and @Slowhand.

Commiserations to @Journeyer and @Rumfresh who were tied on points* for 12th place with Slowhand.

Congratulations to everyone who won the 68 prizes that were given away in this year’s Predictions Championship. Over two thousand players took part during the course of the season – thanks to everyone who joined in, I hope you all had fun.

The competition will return again next year and I hope we’ll have more players and more prizes than ever before!

*Where a tie-breaker was needed, the player who had the highest individual score in a single round was picked.