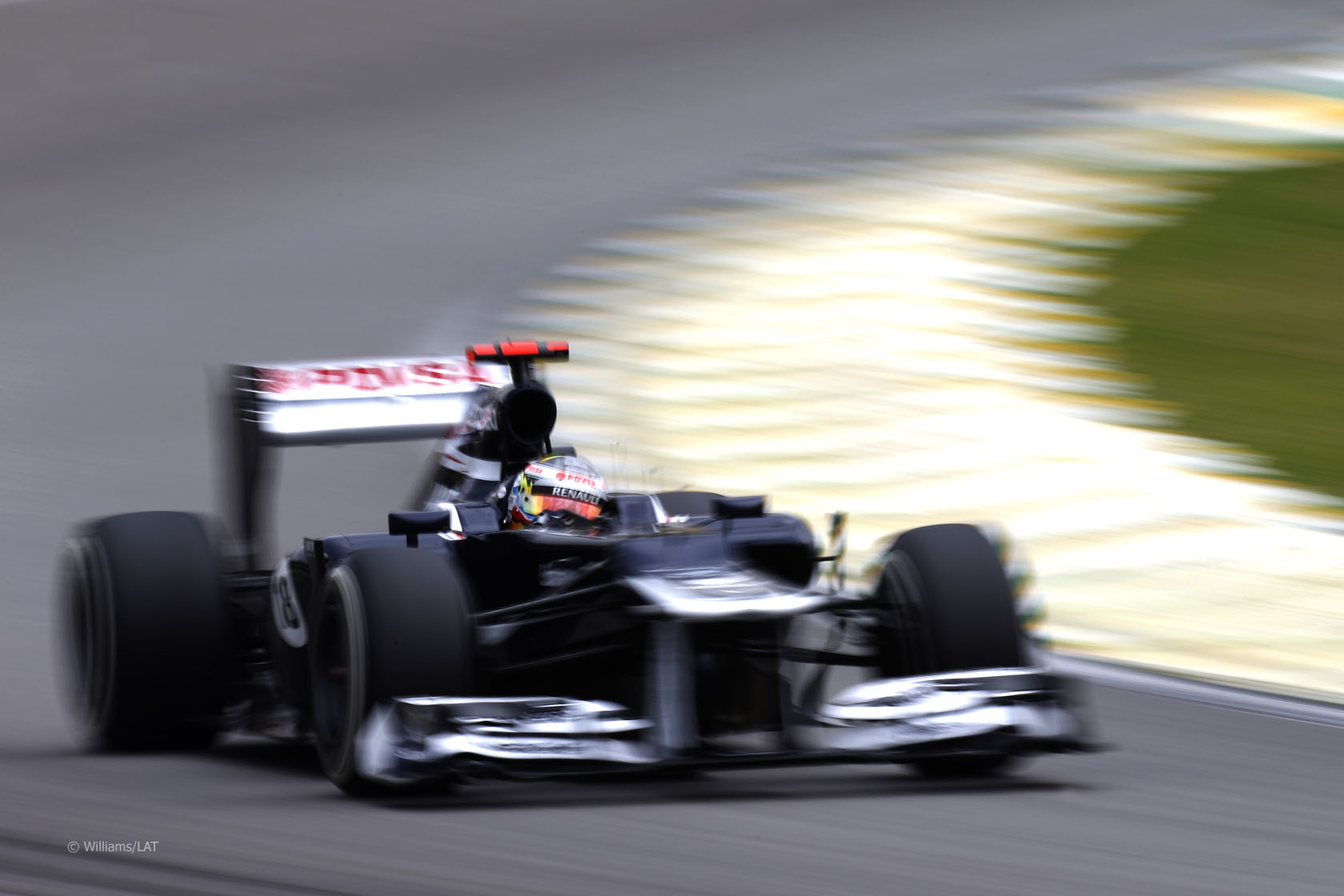 Pastor Maldonado’s lap two crash, which wasn’t seen on television, is among the videos shot by fans at the Brazilian Grand Prix.

Video from practice on Friday near the entry to the pits at Brazil. This was where Romain Grosjean and Petro de la Rosa crashed on Saturday. The lack of run-off and the close proximity of the pit lane entrance are obvious dangers here, and the stewards warned the pair the crash could have had serious consequences.

This fan takes us on a tour of the pits.

Schumacher arrives on the grid

Applause for Michael Schumacher as he is pushed onto the grid for the last time.

A close-quarters view of the front row at the start of the race.

Pastor Maldonado crashed out at turn three on lap two, which was not seen on the main television feed.

Vettel’s first-lap drama helped Alonso into a championship-winning position early in the race until this off which handed third place to Nico Hulkenberg.

Webber does the same

Webber goes off at the restart as he and Kobayashi attack Vettel for sixth.

Not a great deal of cheering in the crowd as Massa gives way to Alonso.

This crash for Paul di Resta brought out the safety car and effectively ended the race, by which time Vettel had done enough to seal the championship.

Were you at the Brazilian Grand Prix? Did you capture any videos? Share them here: