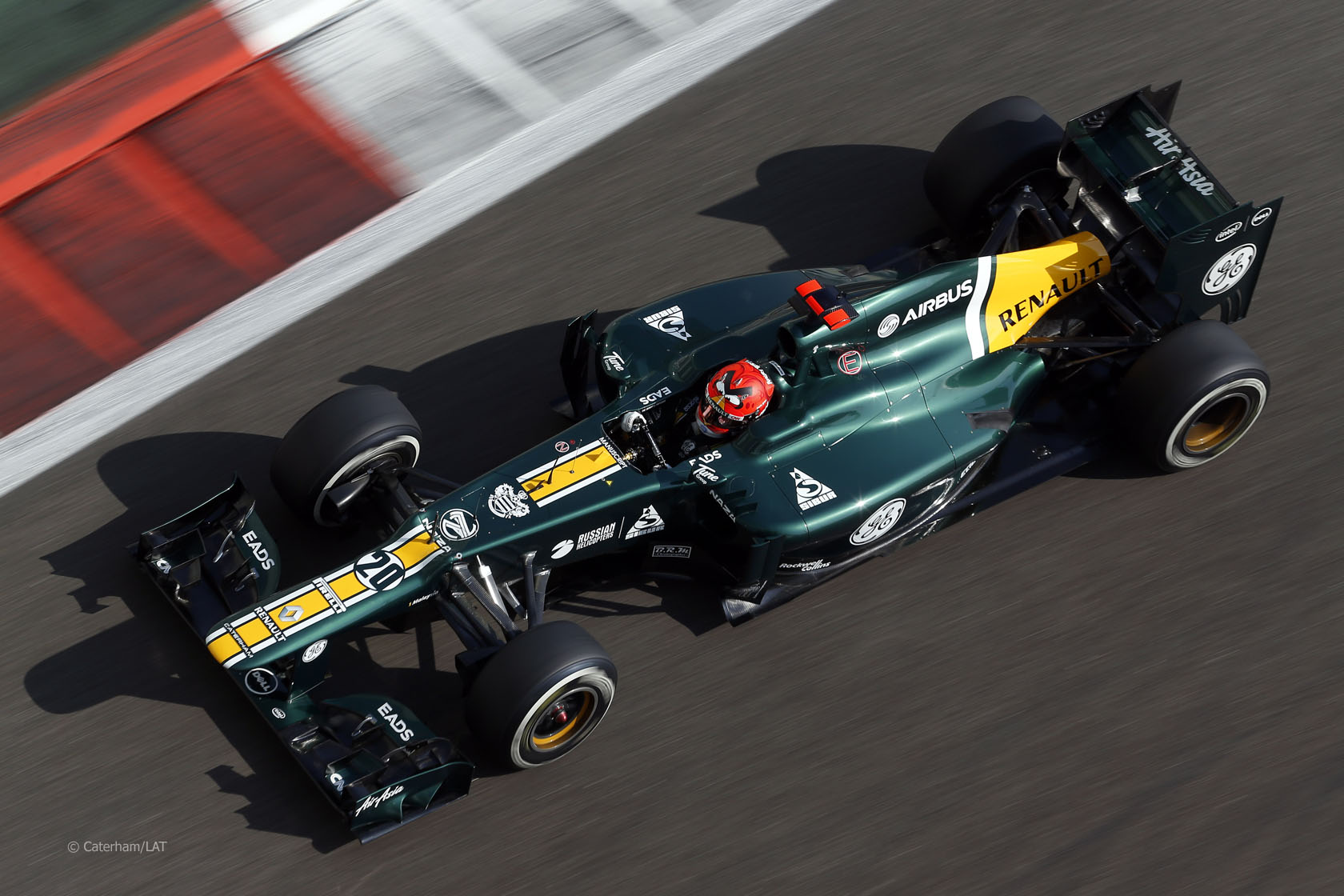 The Team Formerly Known As Lotus transformed into Caterham in 2012. Their year got off to a shaky start and didn’t get much better as it went on.

It didn’t bode well that their attempt to reveal the first pictures of their new car in a magazine was predictably thwarted when the images were leaked on the internet a day early.

But they had the CT01 running from the first test of the year at Jerez. Jarno Trulli did 117 laps in it but one week later the team announced he was being dropped to make way for Vitaly Petrov.

Trulli complained he had been ousted to make way for a paying driver, something Petrov denied. By the end of the season Petrov looked more of a match for Heikki Kovalainen than Trulli had been the year before.

From the start of the year the CT01 was not as close to the pace of the midfield as the team had hoped. There were signs of progress: Kovalainen came out on top in a scrap with Jenson Button’s McLaren in Monaco and out-qualified both Toro Rossos at Valencia.

But thereafter the team slipped back into the clutches of Marussia, who demoted them to 11th in the constructors’ championship at Singapore. This was a blow for the better-resourced Caterham, which owner Tony Fernandes admits has a budget on par with that of Williams, Force India and Sauber. It also jeopardised the income they receive from FOM.

They claimed the place back at the 11th hour after a see-sawing race in Brazil. Petrov spun away the team’s advantage at one point but recovered to re-pass future Caterham driver Charles Pic to restore the team to the place they had finished the year before. This was more a relief than an achievement. Joining the midfield runners had been the target for last season, yet at the end of year three they still found themselves scrapping for tenth place.

Significant changes are already underway with a view to improving the situation. Caterham’s season-saving race in Brazil was overseen by new team principal Cyril Abiteboul, the former deputy managing director of Renault Sport F1, who was appointed by Fernandes to give the team more hands-on management.

During the summer break Caterham relocated to a new factory bringing them out of Norfolk and into the ‘F1 Valley’ region clustered around Silverstone. The proximity to other British-based teams should make it easier for them to hire staff.

“On balance, we deserved to regain tenth place,” was Abiteboul’s verdict on their 2012 campaign. “Our results over the whole season were better than our nearest rivals and when it mattered we were able to seize the opportunity that came our way.”

However he admitted that in 2013 Caterham need to “make the sort of progress a team in our position should”.

38 comments on “Midfield target remains an elusive goal for Caterham”