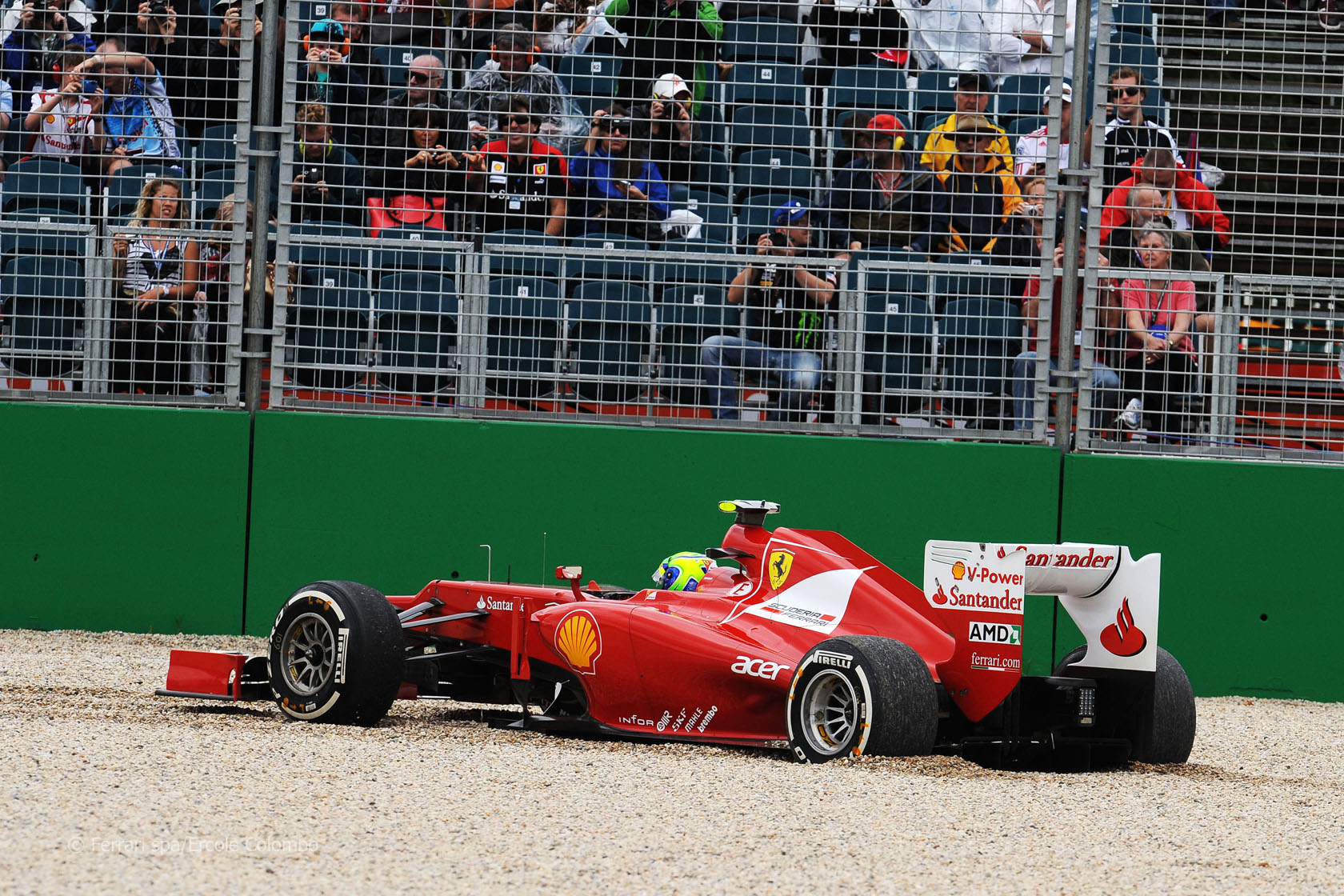 Red Bull team principal Christian Horner says he would not have made Ferrari’s decision to retain Felipe Massa for 2012.

Commenting in the Official Formula One season review 2012 book, Horner said: “No, I don’t think I would [have kept him].”

“Unfortunately, it’s a tough business, and results-based. You’ve got to look at what the guy in the other car, which we must assume is equal equipment, is achieving.”

Asked if he was surprised Ferrari had decided to keep Massa, Horner replied: “Yes and no.

“They obviously had a good look at other drivers – at least one of ours! – so they were obviously concerned about his form, but their options seemed to become limited.”

“They took their time over Perez who, at the early point of the year, seemed to be a shoe-in [sic] for that drive. He’d shown real progress, he was a member of their junior academy, and then McLaren announced him.

“Then Felipe obviously picked his form up in the last third of the year. They were obviously deliberating – the messages coming out of Maranello confirmed that – and probably when the music stopped they realised that the option they had was best for them.”

Ferrari announced they would keep Massa following the Korean Grand Prix. His points score relative to team mate Fernando Alonso’s has fallen each year since they became team mates in 2010, and is the lowest of all the team mates in the top four teams during that time.

Ferrari president Luca di Montezemolo spoke about Massa during the team’s Christmas lunch last week, saying: “I don?óÔéĽÔäót know where you went in the first part of the year but I am very pleased you came back, both because it meant we were able to finish ahead of major teams in the constructors?óÔéĽÔäó classification, but also because it is important for next year.”

Twelve months ago Montezemolo said Massa needed to “prove himself” in 2012 and the team expected “great things” of him.