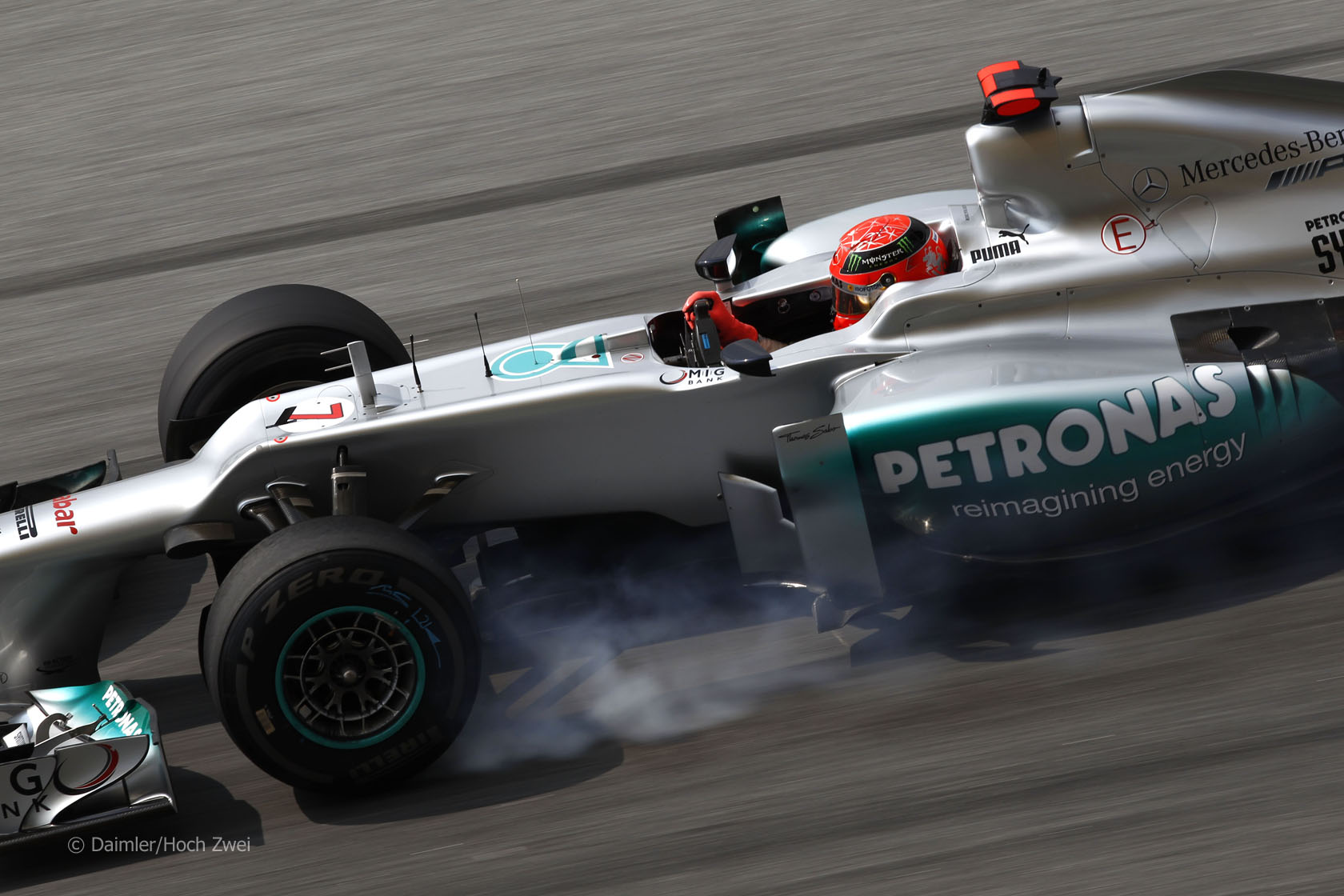 The drive to build a faster car is part of the essence of Formula One. But ever-tightening rules, a freeze on engine development and the abolition of competition between tyre suppliers has gone a long way to halt advances in car performance.

This has largely been done for two reasons: to improve safety and reign in costs. And it has been successful: average lap times at F1’s fastest track are much the same as they were 20 years ago.

That trend may be about to change. Pirelli’s 2013 F1 tyre range, which they say were “developed in accordance with the teams and the various governing bodies” will boast “improved performance”.

Pirelli estimate the potential lap time gain at 0.5 seconds, though inevitably that will vary from circuit to circuit.

In terms of tyres, the pursuit of performance stopped when the FIA ended the Bridgestone-Michelin tyre war and introduced a single tyre supplier from 2007. When Pirelli took over in 2011 the sport wanted a new range of tyres which would promote better racing.

While Pirelli has been successful in that respect, lap times crept up. They grew by around a second at most tracks last year, compounded by new technical restrictions on exhaust-blown diffusers.

This chart shows the quickest lap time (in seconds) from qualifying at three of the first four tracks on the 2013 calendar over the last 15 years:

How much lap times have changed varies depending on the nature of the circuit.

At tracks Sepang, where aerodynamic efficiency is particularly important, the cars were 3.7 seconds per lap slower last season than they were seven years ago. But at stop-start Melbourne the picture is quite different – last year was the first time in five years lap times did not improve. “It will take some time for the drivers to re-adapt, as it did when we came into the sport,” he said. “They had to change some approaches, certainly in the braking zones, how they approached overtaking.”

“But it’s working in the direction they’ve suggested. They wanted us to give them an improvement so we believe it’s going to go in exactly the right direction.

“And they’ll appreciate, as well, improved lap times. We saw maybe three, four tenths when we were in Brazil [when the 2013 tyres were tested]. When you combine with all the new compounds we believes most race tracks will be half a second quicker.”

Predictions like this are difficult to get right and F1’s armies of designers are highly skilled at extracting the maximum from what the regulations permit. With few new restrictions on car design for this year we may well find the teams have found even more time.

With the first test less than two weeks away we won’t have to wait long to find out.

27 comments on “Pirelli plans to give F1 a speed boost”