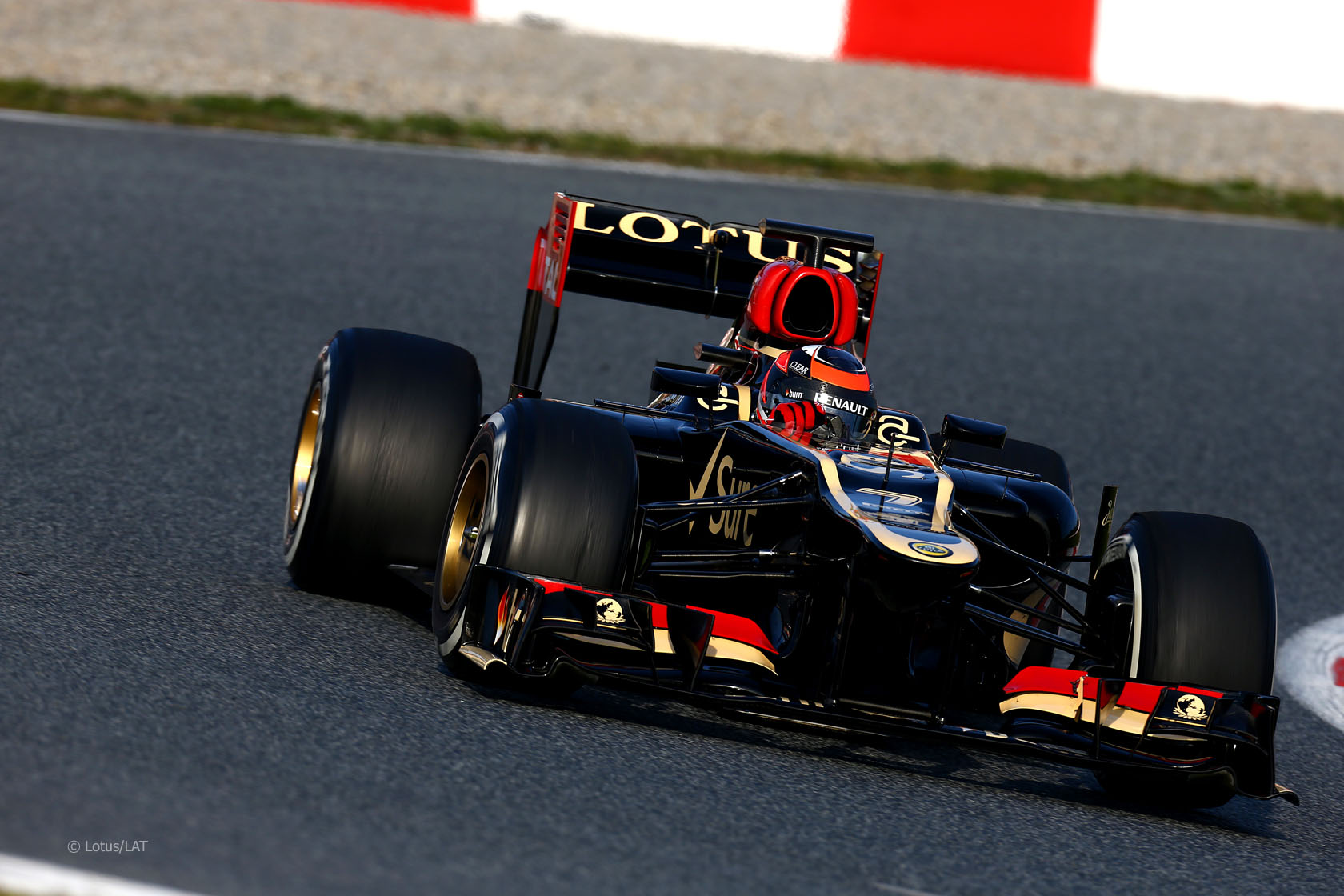 Kimi Raikkonen says Lotus’s 2013 challenger is an improvement over their previous car in every area.

“I think you always want more, but this car is a pretty good starting point and we?óÔéĽÔäóll see,” he said. “Hopefully we?óÔéĽÔäóre fast enough.”

“I don?óÔéĽÔäót think there?óÔéĽÔäós any area where it feels worse than last year?óÔéĽÔäós car, so far everything is better.

“We had good speed last year, but not enough to win the championship. That means we need more speed this year. If we can get just a little more from the car and keep our consistency, with some better results at the beginning of the year, then we should have a much better chance.”

Raikkonen said he wasn’t concerned about the amount of pre-season testing mileage he’d missed out on due to problems with his car and, on one occasion, being unwell:

“We had some problems in testing but we still completed quite a few laps. Of course, you always want more laps, but it is what it is. We?óÔéĽÔäóre all going racing and then we?óÔéĽÔäóll really see where we?óÔéĽÔäóre at.

“I?óÔéĽÔäóm not really concerned about reliability or anything like that as it was the same problem which caused us the biggest problems in testing and we?óÔéĽÔäóre on top of that now. You can never be 100% certain of course, but if you look at last season we had problems before the start of the year then we were pretty good when we got to the races.

“Of course we hope that we can perform better than last year, but let?óÔéĽÔäós see how it goes.”

34 comments on “Raikkonen: E21 is stronger in every area”