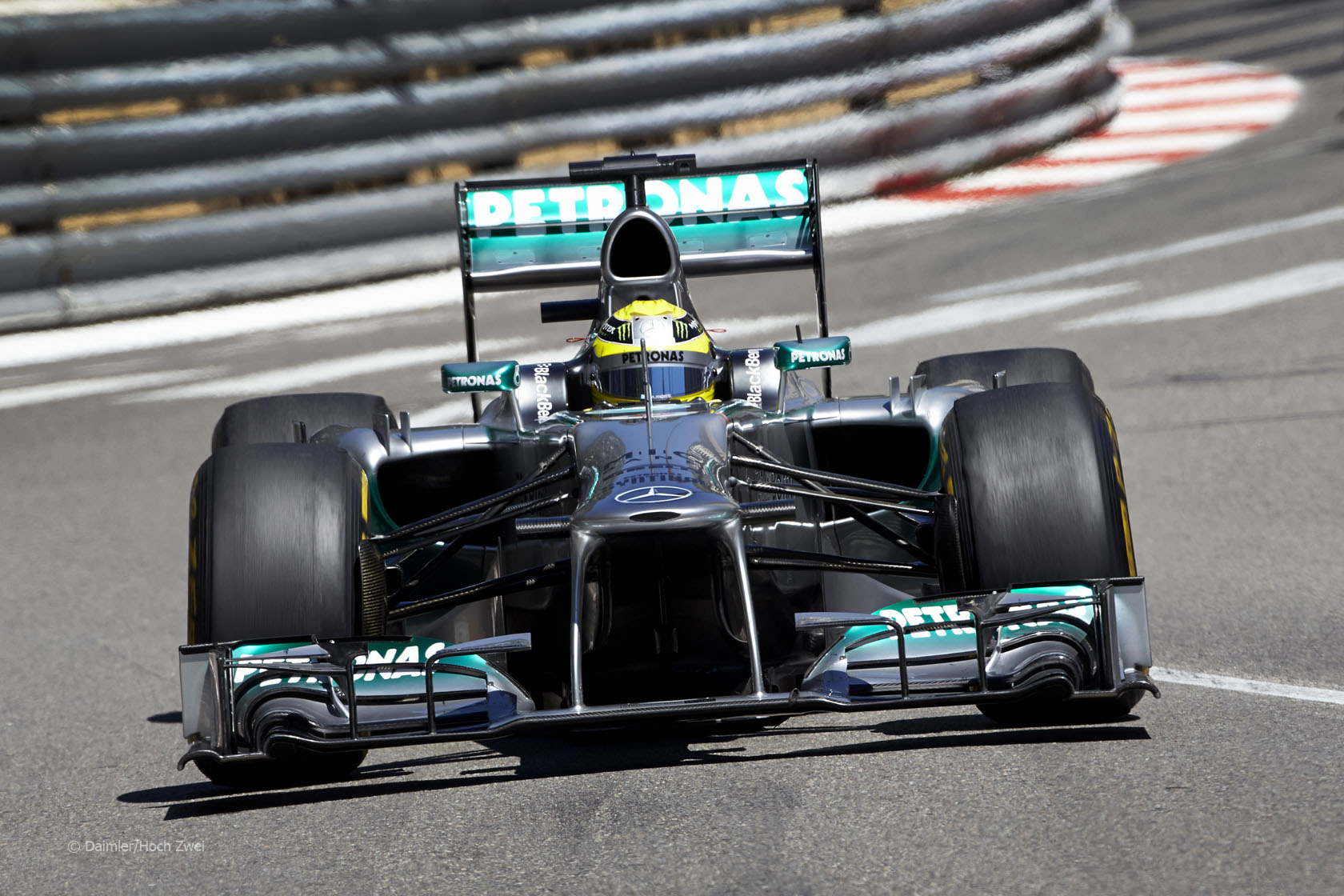 Nico Rosberg underlined Mercedes’ status as pre-race favourites in Monaco by setting the fastest time in the first practice session.

But Fernando Alonso lapped within a tenth of a second of Rosberg’s best effort and might have beaten it had he not been briefly delayed by Charles Pic on one lap.

Romain Grosjean posted a late improvement to take the third-fastest time off Felipe Massa. The second Ferrari driver had a near-miss with Max Chilton, forcing the Marussia to take evasive action after making a late swerve into the pit lane.

The second Mercedes of Lewis Hamilton was fifth fastest and was one of several drivers to lock up and go straight on at Sainte Devote. Pastor Maldonado gave some encouragement to Williams with the sixth-fastest time.

Last year’s winner Mark Webber was seventh followed by the two McLarens. Jenson Button had a brush with the barriers on one lap but his team told him he’d avoided damaging the car.

The other Red Bull of Sebastian Vettel completed the top ten, followed by Kimi Raikkonen. Next were the two Force Indias, with Adrian Sutil fortunate to avoid damaging his car after spinning at Sainte Devote.

Bright and sunny conditions greeted the teams for the first session of the weekend and track temperatures rose as high as 23C.

19 comments on “Rosberg puts Mercedes on top in Monaco”