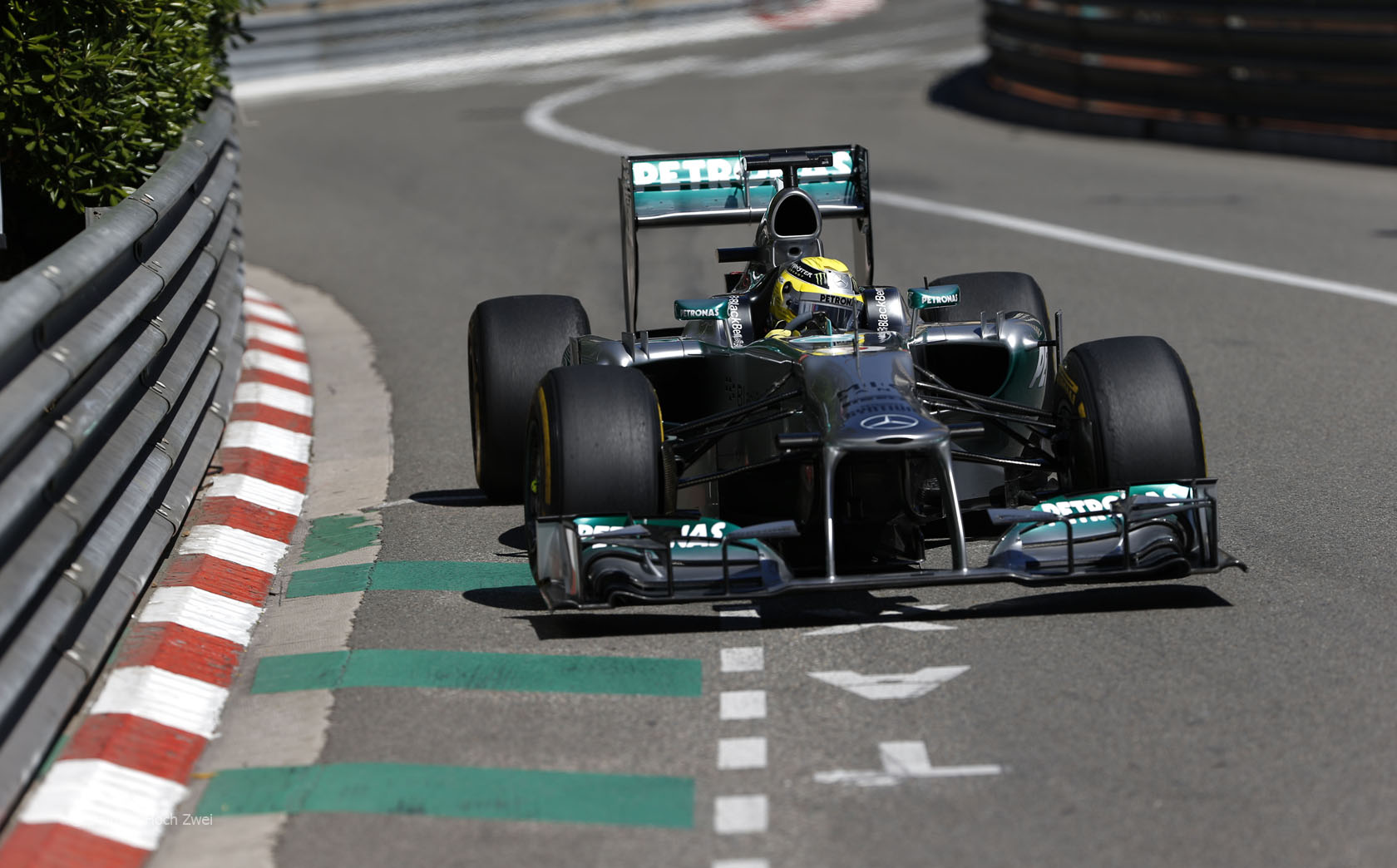 Nico Rosberg made it three out of three in practice for the Monaco Grand Prix as he remained the driver to beat on the streets of the principality.

Rosberg found a clear lap late in the session to set a 1’14.378, over six-tenths of a second faster than the next driver. But several of his rivals were unable to find space to set lap times.

Romain Grosjean was one of few who did, setting a 1’15.039 on his first run on the super-soft tyres. But a crash at Sainte Devote at the end of the session brought the red flags out and prevented further improvements.

Grosjean had come across Lewis Hamilton, who was leaving the pits, on his approach to the corner. As he turned in the Lotus slid sideays into the barrier.

“Something broke on the car, it’s not possible,” exclaimed Grosjean after his second crash of the session and his third of the weekend. He had already damaged his left-rear tyre by hitting the barrier at the chicane.

Grosjean was the second driver to hit the wall at Sainte Devote and cause a red flag. Felipe Massa had a frightening double-impact at the corner earlier in the session, hitting the barrier on the left as he approached the corner, then spearing the other barrier head-on leaving his F138 heavily damaged. Ferrari and Lotus will have a lot of work to do to get their cars ready for qualifying.

Another team effecting repairs, though not as extensive, is Force India. Adrian Sutil was the first driver to try a run on the super-soft tyres but the car snapped away from him on the entrance to Massenet and skidded into the wall.

The various incidents left Sebastian Vettel frustrated at not being able to get a clear lap in. He set the fastest first sector time at one point only to catch traffic in the final sector. “That’s OK, it Monaco, it doesn’t matter,” his race engineer Guillaume Rocquelin reassured him.

Fernando Alonso was fourth-fastest having been unable to match the Red Bull’s pace on soft tyres. Lewis Hamilton took fifth and complained that Grosjean’s Lotus had nearly hit him moments before the impact that brought the session to an end.