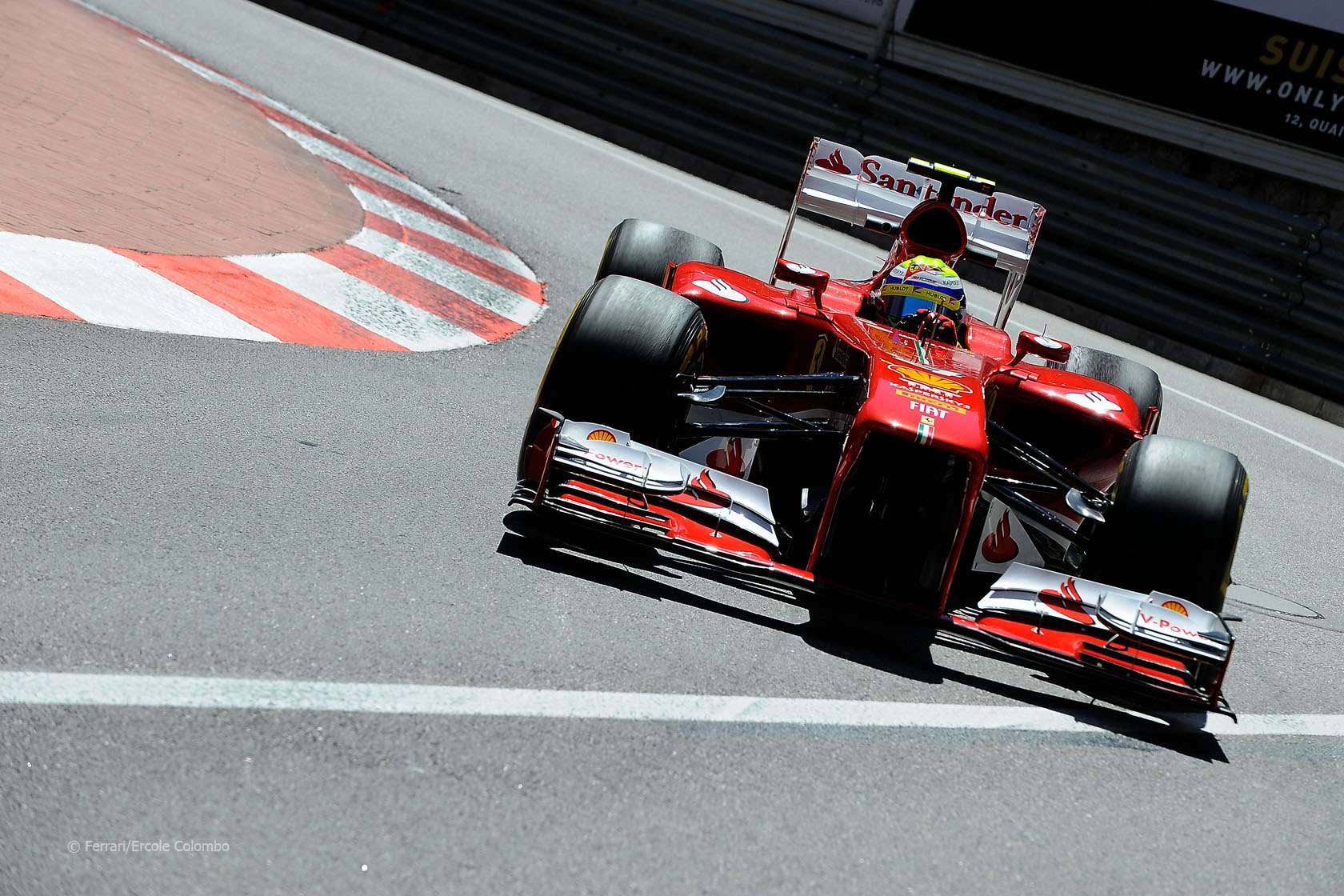 In the round-up: Ferrari confirm Felipe Massa’s second crash at Sainte Devote was, unlike the first one, caused by a car failure.

“Today?óÔéỳÔäós accident looked very similar to what happened in the third free practice session, but in fact the two incidents are very different. Unlike yesterday, it seems that today?óÔéỳÔäós incident can be attributed to a problem on the left front corner of the car.”

“Asked if the drivers would talk to Perez, Raikkonen said: ‘That won’t help. Maybe someone should punch him in the face.'”

Helmut Marko: “We are very unhappy. When we test for three days, we go a second faster ?óÔéỳÔÇ£ that’s what Adrian Newey says. It definitely helped them ?óÔéỳÔÇ£ you can see that they had no tyre problems today. That’s no accident.”

Stefano Domenicali: “When there is something in the sporting regulations, you expect a penalty. It is not really obvious what would be the effect on the race weekend, it is bigger than that. I do not know what the solution is because there is no precedent.”

Mackenzie: We are not the bad guys (Sporting Life)

Force India deputy team principal Bob Fenley: “I apologise for being a bit hard on [CVC]. But the sentiment, the problems we have are still in position and that we need to address.”

Sebastian Vettel: “I was a bit surprised by the slow pace in the opening laps. Usually you expect two Silver Arrows in front of you and there were two buses today going for a cruise ?óÔéỳÔÇ£ at least in the first couple of laps.”

“The power steering rack for example requires the pedals to be removed for it to be worked on, so when Romain was first sat in the car ready to go out he didn?óÔéỳÔäót have a throttle pedal as the crew were still working on it; that?óÔéỳÔäós how tight the timescale was.”

Sorry to hear about Murray Walker having injuries to pelvis and shoulder. Lovely man and i bet this still won't slow him down. Get well soon

It could have been worse for Romain Grosjean, says @Maimai:

Fortunately Ricciardo isn?óÔéỳÔäót a championship contender, otherwise it would?óÔéỳÔäóve been a one race ban for Grosjean.
@Maimai

Pierre-Henri Raphanel, who turns 52 today, entered 17 races but only started one of them. That was in a Coloni at Monaco in 1989. He failed to make it through pre-qualifying on his nine other appearances for the team that year. He then switched to Rial where he at least made it as far as qualifying but no further.

After racing sports cars and touring cars Raphanel he went to work for Bugatti as a test driver. Raphanel set the record for the fastest speed achieved in a production car, the 1,200bhp Bugatti Veyron Super Sport, hitting 415kph (257.87 mph), though the record was later annulled on a technicality.