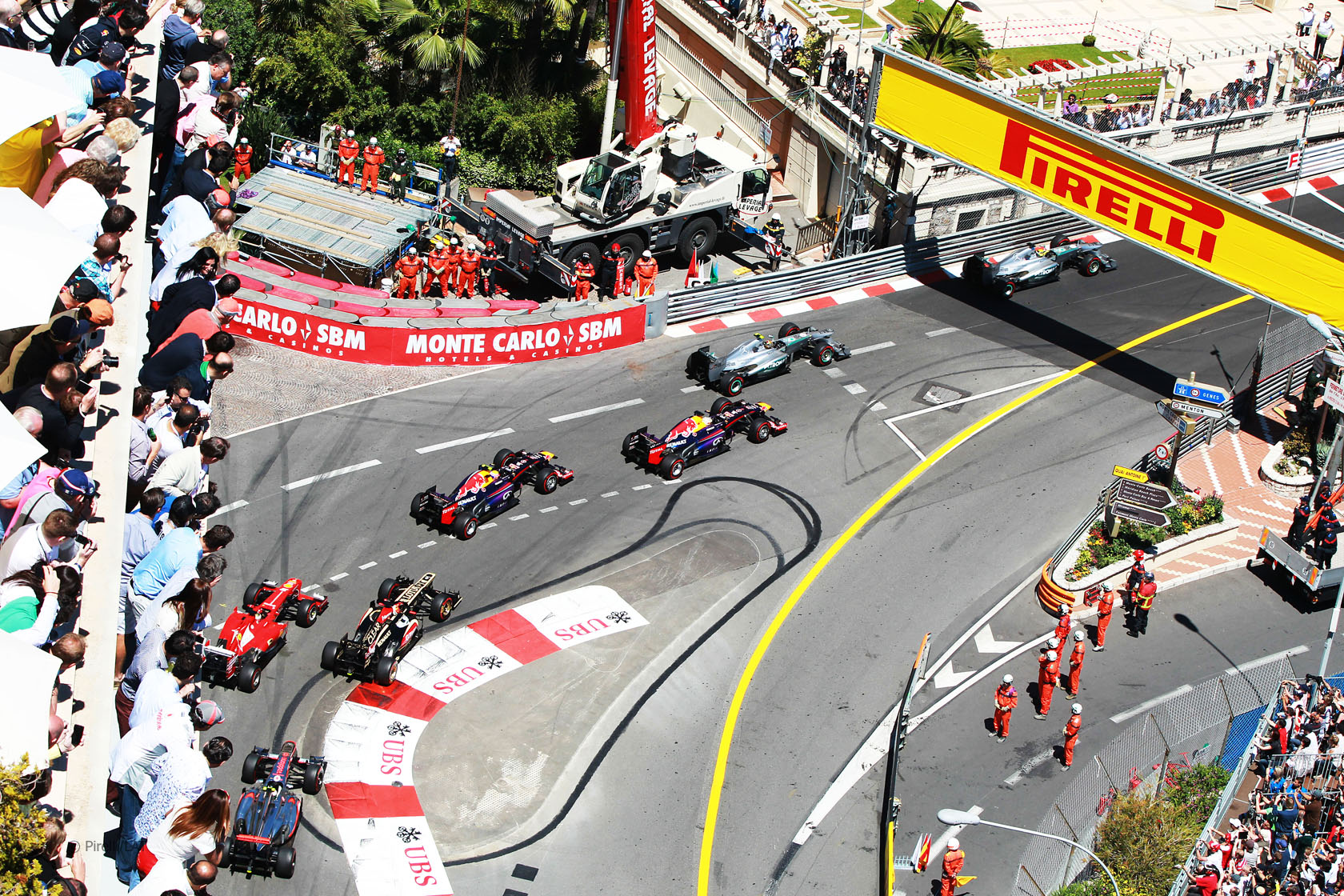 Ten of the best pictures which tell the story of the Monaco Grand Prix weekend. It was a tough weekend for Felipe Massa in Monaco as he suffered two similar crashes at Sainte Devote. Ferrari found no car fault in the first crash but believed the second was caused by suspension failure. Romain Grosjean gives his team the thumbs-up. He had a lot to thank them for in a weekend where he damaged his car three times before qualifying began. He crashed again in the race, taking Daniel Ricciardo out. Jean-Eric Vergne was in fine form in the wet part of qualifying and duly made it through to Q3 for the first time. He matched the best result of his career in the race, coming home eighth. Sebastian Vettel got away well from the line but he couldn’t take advantage of the slow-starting Mercedes which ran side-by-side into the first corner. The field heads up Massenet as the crowd looks on. The two Red Bulls passed Lewis Hamilton during his pit stop, leaving him in a classic Monte-Carlo traffic jam. The Safety Car made three appearances during the race after a series of crashes. Nico Hulkenberg was particularly disadvantaged by the latter and couldn’t get his tyres working again after it. Surprisingly Fernando Alonso was passed by both Jenson Button and Adrian Sutil during the race. Adrian Sutil acknowledges the support of the crowd and marshals after a fine drive to fifth. Nico Rosberg celebrates with his team after winning the Monaco Grand Prix. But Mercedes are under investigation after being protested for conducting a tyre test in the build-up to the race.