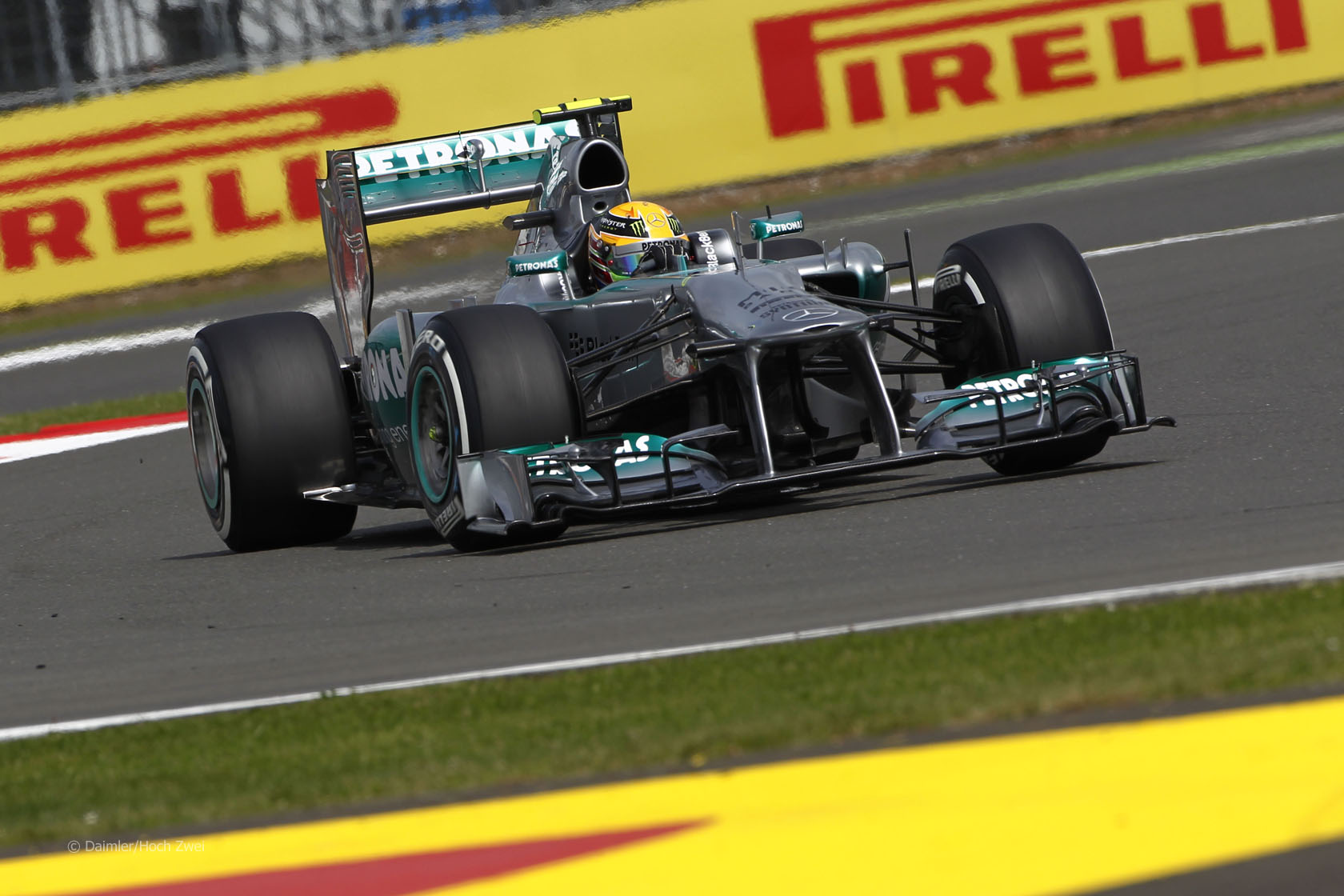 It was a race of recovery for Lewis Hamilton and Mark Webber who climbed into the top four after early setbacks.

Hamilton was the first driver to suffer a tyre explosion during the race. His left-rear blew on lap eight while he was leading, and following a slow drive to the pits and a stop for a replacement tyre he was dead last.

Webber was already in trouble. A very slow start saw him get swamped by the field and a blow from Romain Grosjean broke the front wing on his Red Bull. He fell to 14th, but despite the damage to his front wing he passed the two Saubers and Jenson Button. The wing was later changed.

Unlike Hamilton, Webber pitted during the final Safety Car period and used his fresher tyres to go on the attack, passing Daniel Ricciardo, Adrian Sutil and Kimi Raikkonen on consecutive laps to claim second. He was less than eight-tenths of a second behind winner Nico Rosberg at the flag.

Hamilton had a lengthy scrap with Paul di Resta after his final pit stop, then took Romain Grosjean to move into the points positions. After the Safety Car he also passed Ricciardo, Sutil and Raikkonen to finish fourth – a remarkable recovery from his earlier setback.