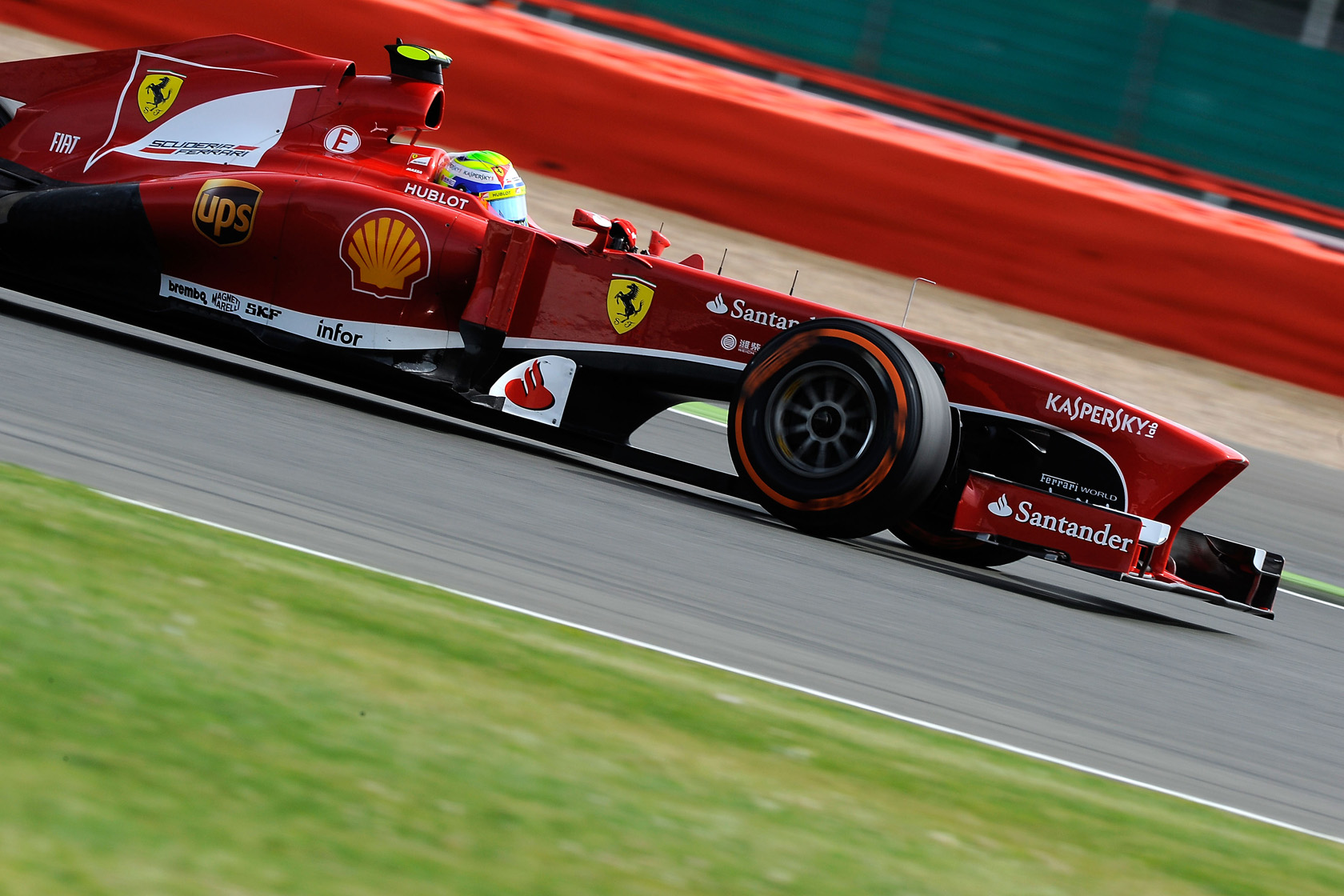 Felipe Massa believes he was on course for a podium finish in the British until he suffered a tyre failure.

The Ferrari driver gained five places at the start, moving up to sixth. “I think the race today was a fantastic start, fantastic first lap,” he said.

“It was great pace today, our car was very competitive. And then suddenly I was third or fourth and then I saw myself last because of a very dangerous situation, you know, with the tyres. Which was was not just with me it happened with many other drivers today.

“And then the race was again very good after that. You cannot say you’re not happy with a sixth place looking at everything that happens in the race. I am. But today I was going to finish on the podium. I am disappointed because I didn’t finish in the podium not because of my fault or because of strategy or whatever but because of unacceptable situation from the tyres.”

Massa was grateful the tyre didn’t fail at higher speeds: “I was a little bit fortunate because it was in corner five. I had a lot of place to go and stop the car and carry on.

“But is very dangerous. If it happen in another place it can be very dangerous and have a big crash. And that is not acceptable. I think our safety is the most important that. There’s a lot of talk about ‘this tyre is hard, it’s better for one team, the soft is better for the other team’. This counts less compared to our safety.”

He admitted that after the failure he was worried about pushing , “thinking maybe it will happen again”.

“But I was just pushing. I give in the God’s hand. It’s not a great feeling to do but that’s our situation. So that’s why they need to do something for the tyres.”