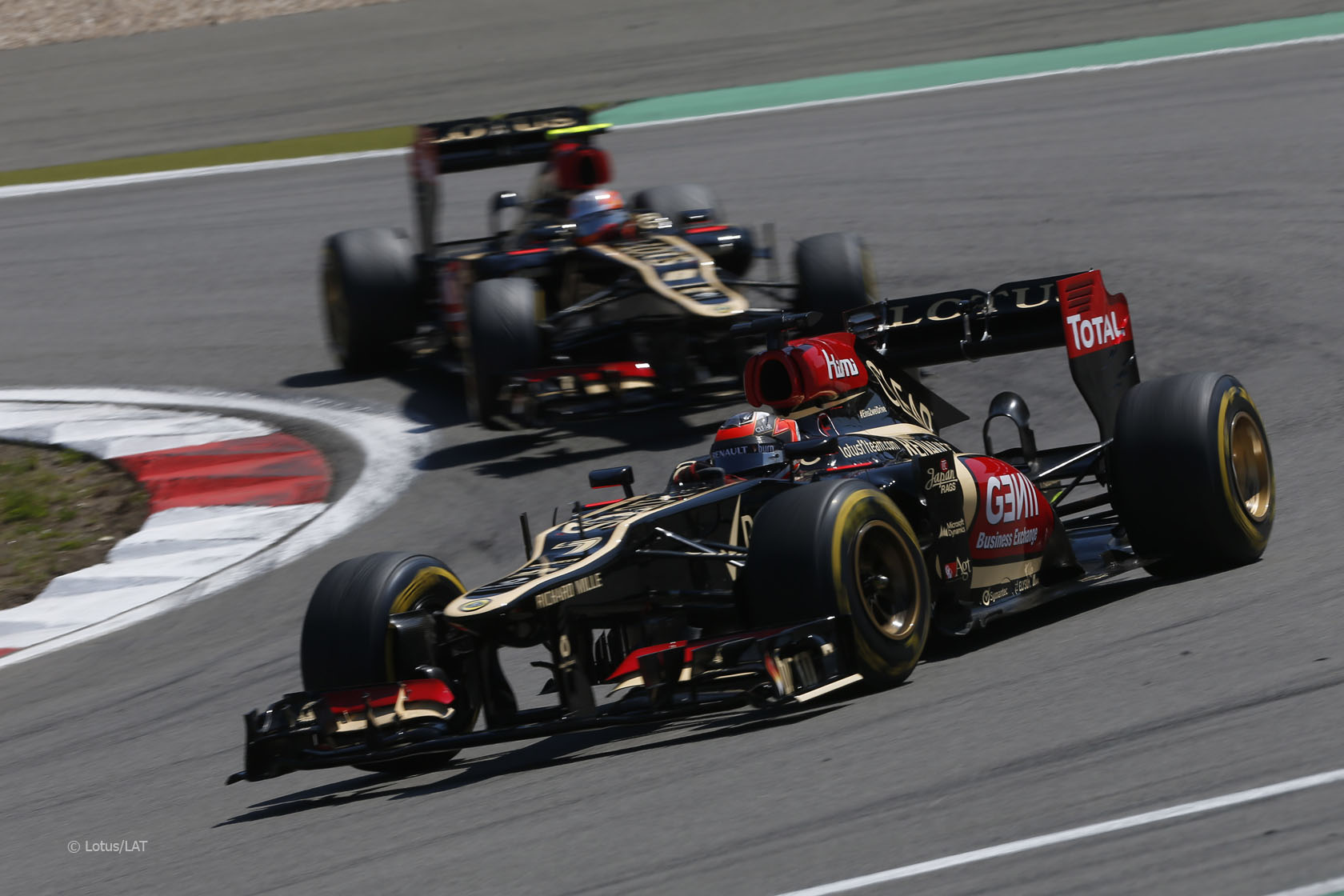 Unusually one of the front-running teams opted to qualify and start the race on the harder tyres at the Nurburgring.

Ferrari started both Fernando Alonso and Felipe Massa on the medium tyres due to concerns over how well the soft compound would last in the high temperatures that were forecast for today’s race.

Several drivers did pit very early: three drivers came in on lap four and four more on the next lap. But unfortunately for Ferrari all of them were behind Alonso on the track.

So instead of the front runners having to pit early and come out in traffic, several of them were able to wait a few laps longer and come out in clear air. Lotus had particularly good tyre life on the sorts – Grosjean was still on his when Alonso made his first pit stop while running on mediums.

Another interesting strategic scenario played out later in the race when Lotus had both their cars right on Vettel’s tail with 20 laps remaining. Pitting for mediums, pitting for softs or staying out could all have been valid options for them at this point.

Lotus split their strategy, bringing Grosjean in for mediums in an attempt to undercut Vettel. Now Red Bull were faced with a conundrum: pit and cover Grosjean to go for the win, or stay out and cover Raikkonen (and Alonso) to minimise the damage in the championship?

They chose the former and won the day, but it was far from a sure thing, particularly as Vettel was struggling with a temperamental KERS. Raikkonen chased him down using soft tyres later in the race, but the Red Bull driver hung on by a margin of one second. Their first stop of the day, for Vettel on lap seven, was the best of the race. But their attempt to replicate it for Mark Webber on the next lap went disastrously wrong. The right-rear wasn’t fitted properly and for the second time this year Webber lost a wheel after a pit stop. This time it came off in the pits and an unfortunate cameraman was struck by it.

Williams were also in deep trouble in the pits. Both drivers lost significant amounts of time (in excess of ten seconds each) with slow front-right tyre changes, and Valtteri Bottas also had a problem at the opposite end of the car at another stop.

Pastor Maldonado had been running seventh prior to his last pit stop, and this calamity ended Williams’ hopes of ending their 2013 points drought in their 600th race.