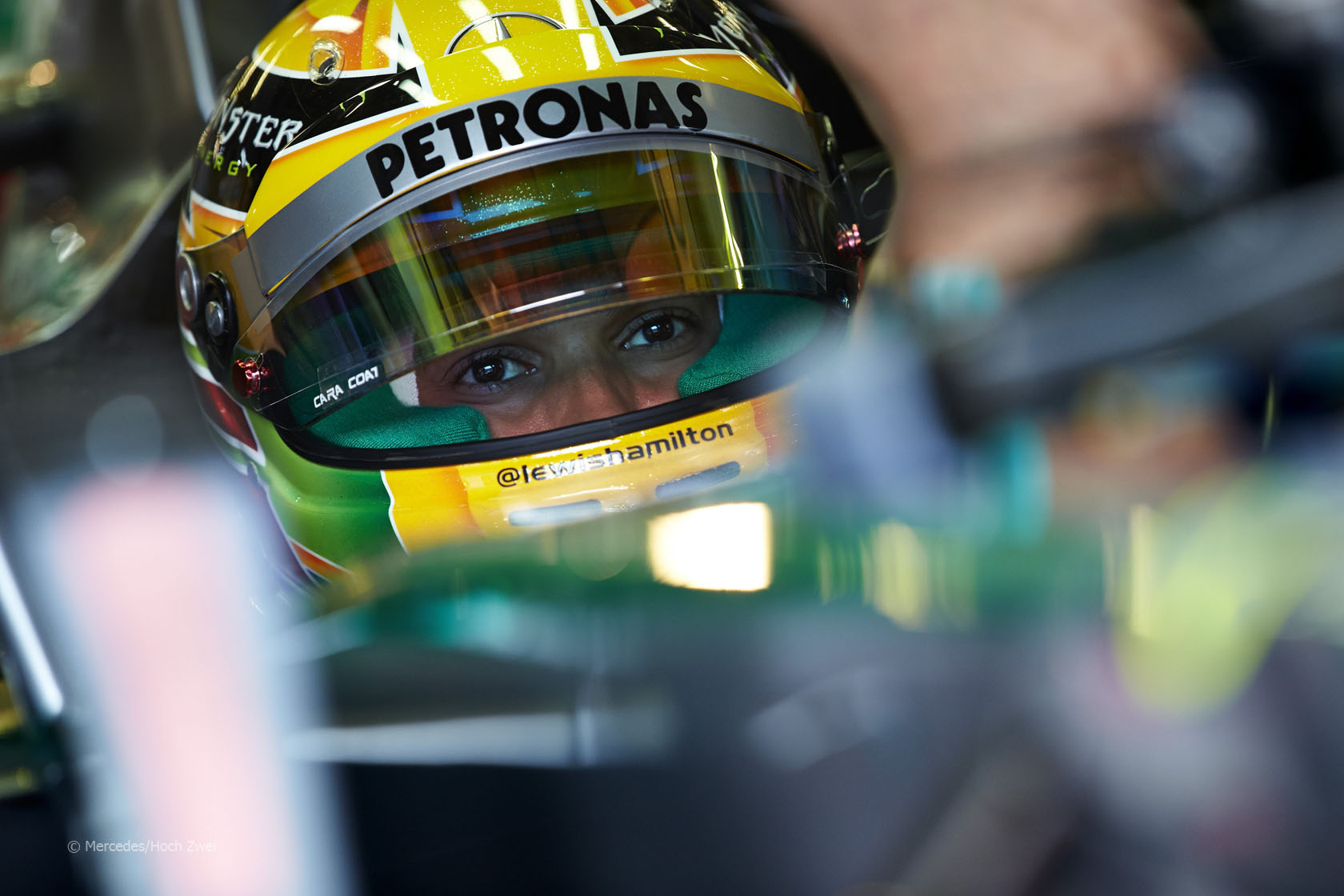 Lewis Hamilton was unhappy with his Mercedes’ performance on the revised Pirelli tyres after falling from first to fifth in the German Grand Prix.

“I have to hold myself back. I have nothing positive to say about these tyres,” said Hamilton after the race. “And I don’t understand why we struggle so much on them.”

“But that’s motor racing. It’s a shame because the team are working so hard, they’re doing such a good job, we’ve really got a good car but for some reason it doesn’t work on these tyres.”

“The only positive is that we got points today,” Hamilton added. “In the last race we had a chance of closing the gap to Sebastian [Vettel] and then obviously our tyre blow-out really didn’t help. But at least I got some points.”

“And today I had another chance at getting him but they were just far too quick for me. I guess I’m fourth or fifth in the championship and struggling, and lost more ground to them. I just hope in the next race we’ve got a better chance.”

Following the punctures seen in Britain Pirelli hurriedly produced a new style of tyre with Kevlar belts for this weekend’s race.

Further changes are planned for the next race in Hungary which Hamilton is pinning his hopes on, though Mercedes will not be able to participate at the Young Drivers’ Test where they are being run for the first time:

“It doesn’t help but that’s the way it is. We at least got some running when we did the Barcelona test so we’ll just have to keep pushing forward and pray and hope that when they bring these new batch of tyres they work on our car.”

50 comments on “Hamilton has “nothing positive to say” about tyres”