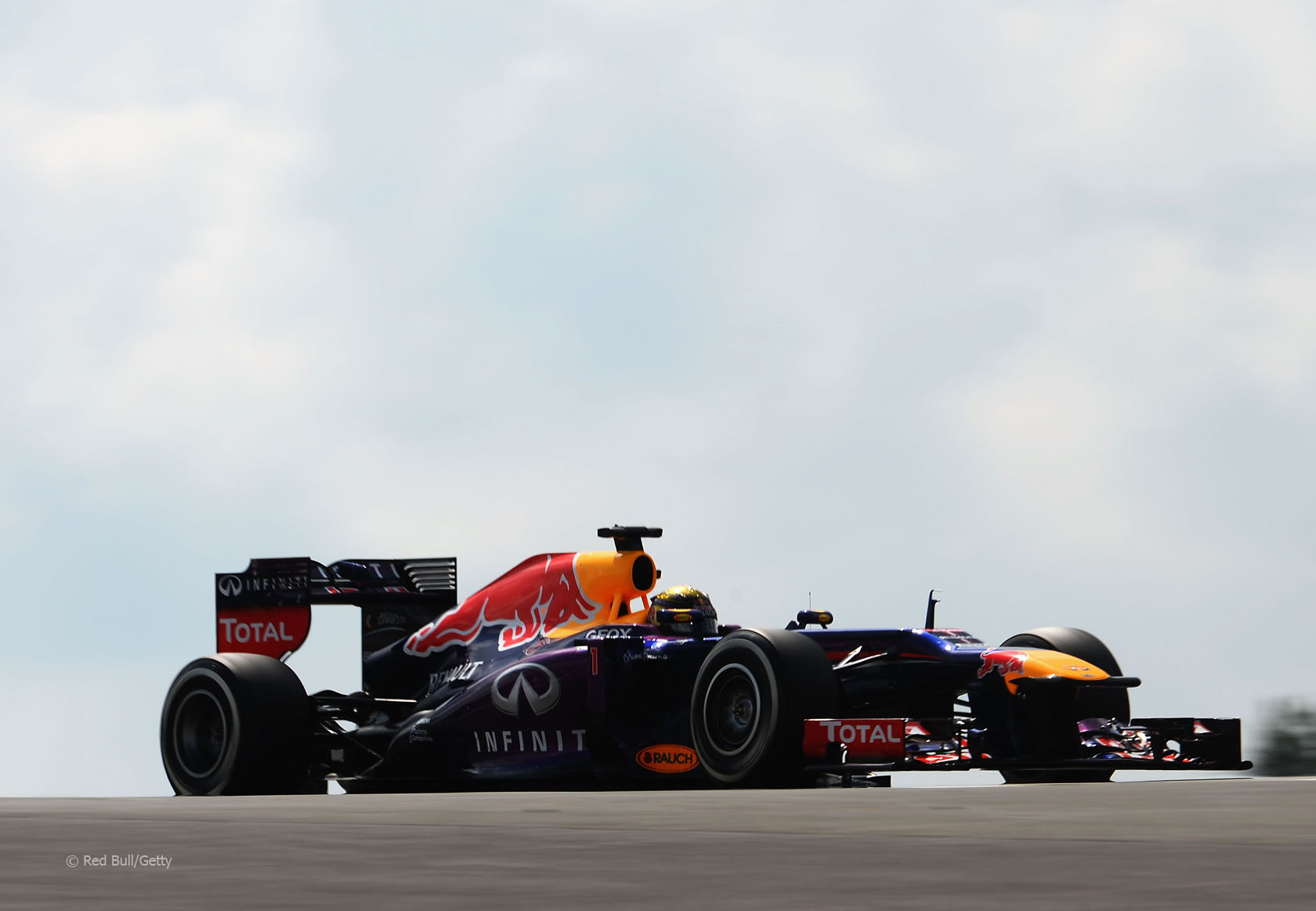 Sebastian Vettel finally added his home race to his list of grand prix victories after a close win under pressure from Kimi Raikkonen.

The outcome turned on a mid-race Safety Car deployment due to a bizarre incident which saw an unmanned car rolling backwards across the track. Jules Bianchi hurriedly evacuated his Marussia when a fire started at the back. It was quickly extinguished only for the driverless car to roll across the circuit.

That left Vettel leading the two Lotuses, Romain Grosjean ahead of Raikkonen. But while Vettel and Grosjean made early final stops for medium tyres Raikkonen stayed out longer and switched to the softs.

After coming out of the pits Lotus told Grosjean to let him team mate by – which he did – and Raikkonen spent the final laps edging into Vettel’s lead. He was within DRS range on the final tour, but crossed the line still a second behind the Red Bull.

Grosjean held Alonso back for third, the Ferrari driver coming to a stop shortly after the chequered flag. Pole sitter Lewis Hamilton, who was passed by both Red Bulls at the start, ended up overtaking Jenson Button for fifth on the final lap.

Mark Webber came home seventh after a problem at his pit stop which could have had far worse implications. His right-rear wheel nut was inadequately secured and flew off as he left, striking a cameraman who was taken to hospital.

Sergio Perez, Nico Rosberg and Nico Hulkenberg completed the points scorers. Felipe Massa spun out earlier on, saying his engine switched off while he was downshifting.