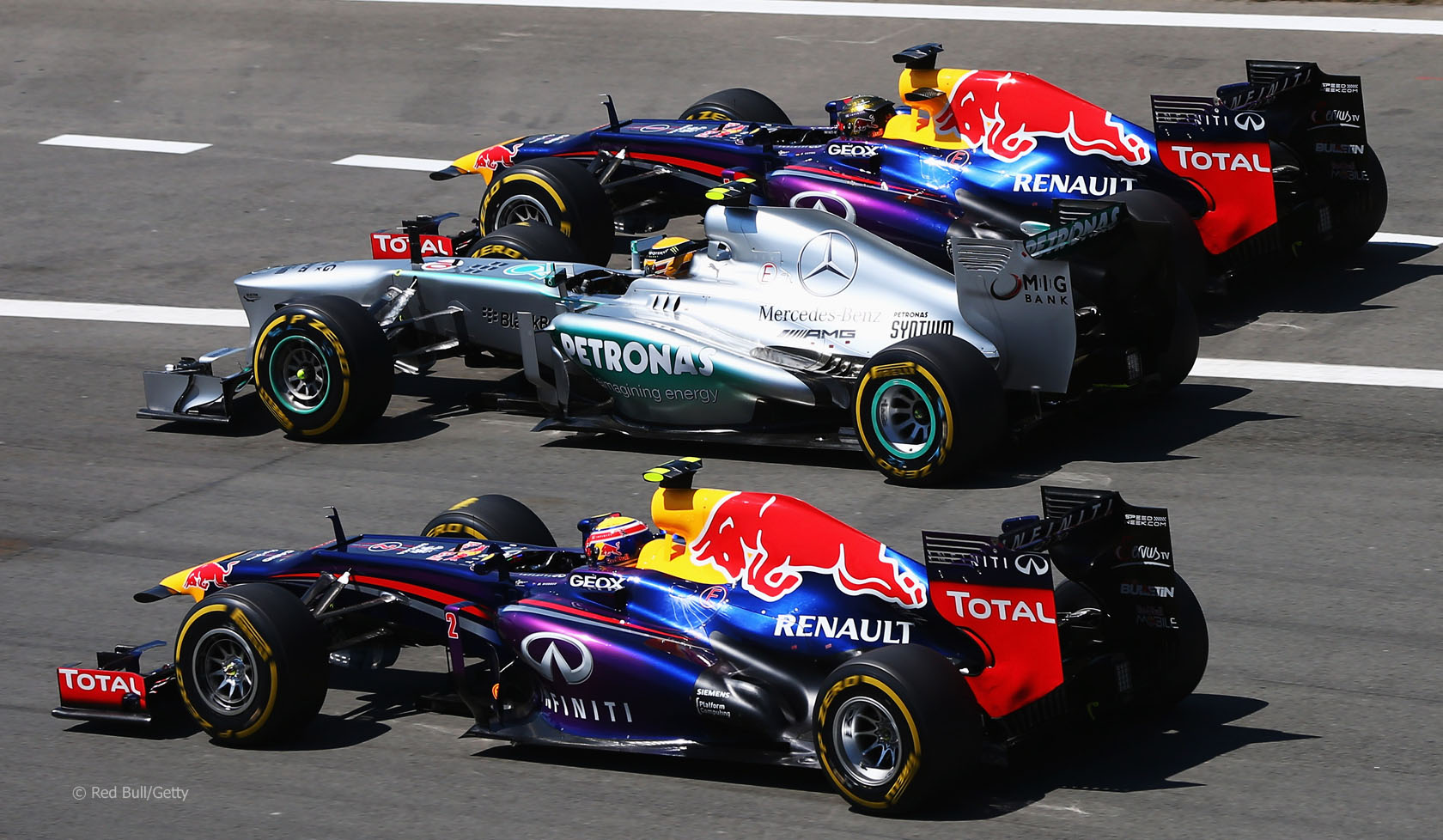 Ten of the best pictures which tell the story of the German Grand Prix weekend. Frank Williams looks on as Pastor Maldonado prepares to take his car onto the track during Friday practice.

The Williams carried a ‘600’ logo on its sidepod, referring to the team’s 600th Grand Prix start which it made in Germany. Above that the team mounted a piece of testing apparatus to help work out why the FW35 is so far off the pace. The ninth race of the season passed without them scoring any points. Jean-Eric Vergne kicks up sparks at the chicane. The Toro Rosso driver is in the running for the second Red Bull seat alongside Sebastian Vettel. Be he was out-qualified by team mate Daniel Ricciardo for the sixth time this year, by almost nine tenths of a second. The Red Bull drivers gang up on Lewis Hamilton’s Mercedes at the start of the race. Both passed the pole sitter at turn one. The McLaren drivers have faced each other on track several times this year and it happened again at the Nurburgring. Sergio Perez started on softs and passed Jenson Button, on mediums, soon after the start. But Button claimed the place back later on. Felipe Massa’s race came to a surprising end at turn one at the beginning of the fourth lap when he spun off and his Ferrari engine stalled. He has crashed or spun at least once in each of the last four race weekends. Hamilton found himself behind team mate Nico Rosberg after his first pit stop, with Kimi Raikkonen in close attendance. Rosberg was told to let Hamilton past while staying alert to the threat from Raikkonen. But neither of the tyre-troubled Mercedes drivers manged but keep the Lotus behind for long. Mark Webber dropped off the lead lap following a disastrous pit stop in which a wheel came off his car. But his luck turned when the Safety Car was deployed allowing him not only to unlap himself but rejoin the rear of the queue, bringing him back into contention for points. Romain Grosjean had one of his best drives to date, challenging Vettel for the lead until losing out when the Safety Car was deployed. He was later ordered to surrender second place to his team mate. Sebastian Vettel sprayed champagne on the top step of the podium for the 30th time in his career – and for the first time on home ground.