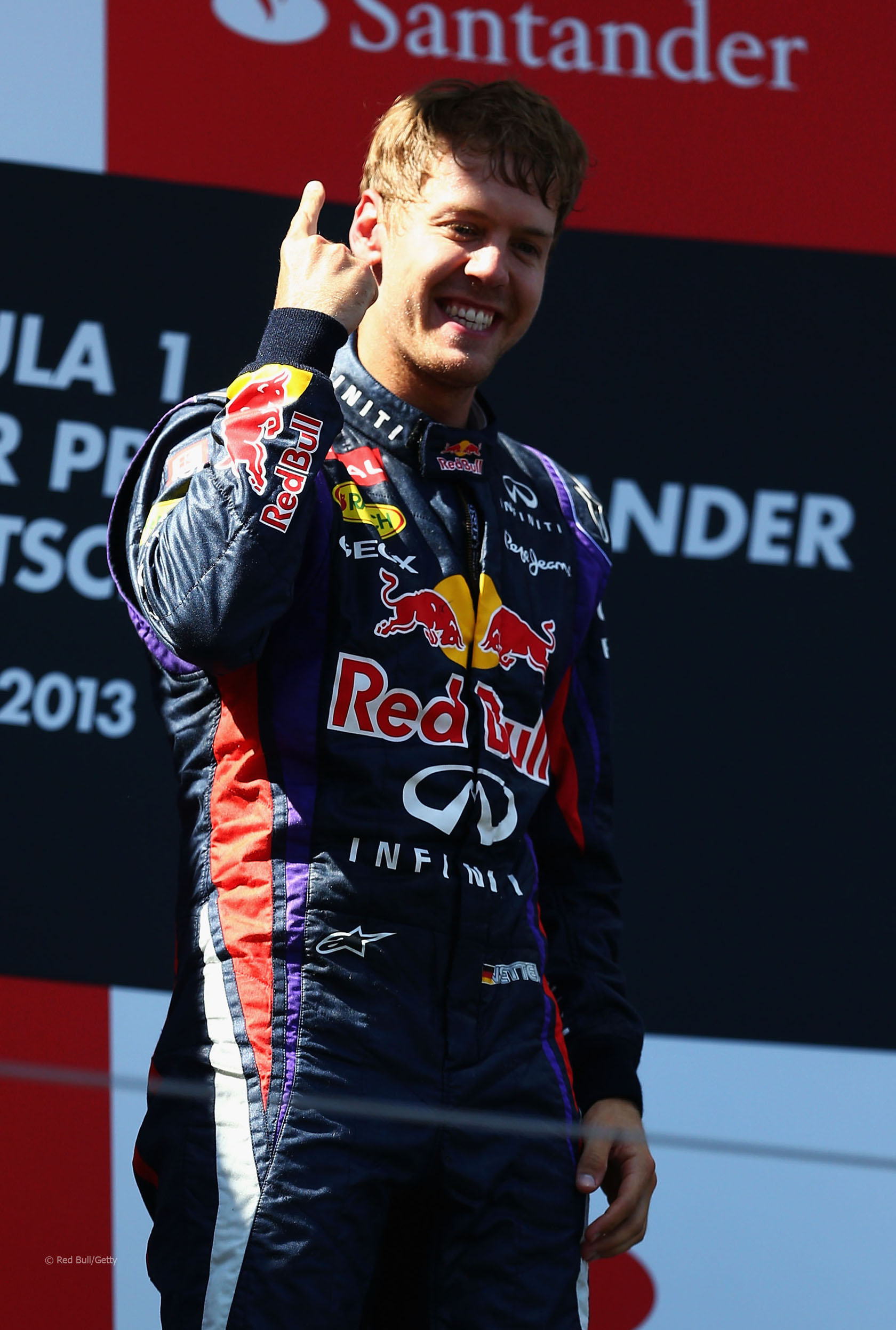 Sebastian Vettel kept himself on the top of the drivers?óÔéĽÔäó championship with a home win at the Nurburgring.

The Red Bull driver saw off a stern challenge from both Lotus drivers. The trio all appeared in your top three picks for Driver of the Weekend ?óÔéĽÔÇŁ but it was the Red Bull racer who came out on top.

A clean start allowed Vettel to pass Lewis Hamilton for the lead at the first corner. He came under pressure from Grosjean after the first Safety Car period ?óÔéĽÔÇŁ particularly when his KERS failed ?óÔéĽÔÇŁ then his focus switched to keeping Raikkonen behind.

A resolute performance under pressure yielded a well deserved win at home which put the crowd on their feet.

Great qualifying, great start, kept two faster cars at bay for the entire race and held his own under immense pressure (including a KERS failure) to take his first home win. Fantastic job.
@Mnm101

Of course it?óÔéĽÔäós Vettel. Out-qualified Webber who is exceptionally strong on this track, had a flawless race, had a great start, with quick overtaking when needed, and was very composed under pressure.
Lance (@lancelot)

There was a barely a lap when he wasn?óÔéĽÔäót under pressure and he didn?óÔéĽÔäót put a foot wrong. Great drive from Grosjean but ultimately Vettel was the better man on the day than the two Lotus cars.
Safeeuropeanhome (@Debaser91)

Grosjean equalled his best result of the year, having also finished third in Bahrain. Key to his race was a long opening stint on the soft tyres which brought him into contention for victory before his chances were compromised by the Safety Car.

After that he was told to give up second place to his team mate but he resisted pressure from Fernando Alonso to secure third place.

Qualified well and was narrowly beaten by Raikkonen. Had a great start and showed consistent and fast pace throughout the race. He did all he could to bring the fight to Vettel and if it wasn?óÔéĽÔäót for the team?óÔéĽÔäós strategy he would have finished a close second.
@Colossal-Squid

He is now under pressure in all the weekends and in this weekend he did well, after being in contention for the win, with similar pace to Raikkonen and a good qualifying, let?óÔéĽÔäós not forget, until he was affected by team orders (once again).
The_Sigman (@sigman1998)

Raikkonen climbed two places during the race but narrowly fell short of beating Vettel for the win. He lost some time behind the Mercedes during the first stint but passed both on track after which the Safety Car allowed him to close on the leaders. Grosjean let him by into second after which he closed on Vettel.

Clean and two extraordinary overtakes on both Mercedes.
Crazy.Mechanic (@Akshay)

53 comments on “Third Driver of the Weekend win for Vettel”