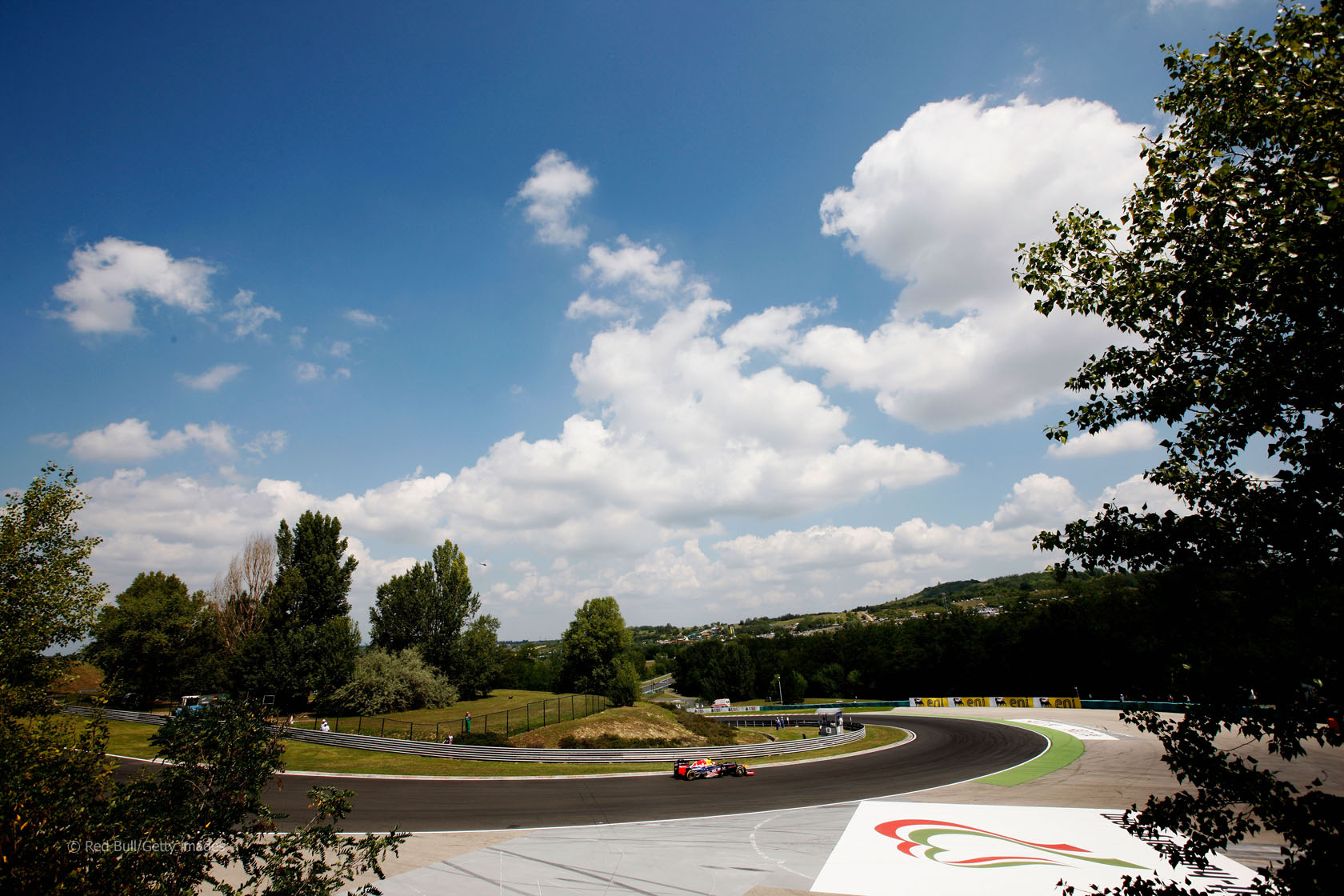 This weekend’s Hungarian Grand Prix is forecast to be one of the hottest F1 races of all time.

A heatwave will push temperatures towards 40C on Sunday. Cloud cover at the track today will keep the mercury in the low thirties to begin with, but three days of sunshine are expected after that.

The heat will rise over the three days of running from around 34C when practice starts to around 38C on race day. And there will be little in the way of a breeze to cool things down.

This will present especially gruelling conditions for the drivers and their cars. The current forecast temperatures are not far off the highest temperatures ever recorded at a grand prix, though detailed records for all races are not available.

One of the hottest races of recent times was at Bahrain in 2005, when the air temperature reached 42C and track temperature peaked at a scorching 57C.

There will be regular updates on the track conditions during each session on F1 Fanatic Live and the F1 Fanatic Twitter account.

The Hungaroring lies to the east of the Hungarian capital Budapest.

30 comments on “Hungarian Grand Prix to run in scorching heat”