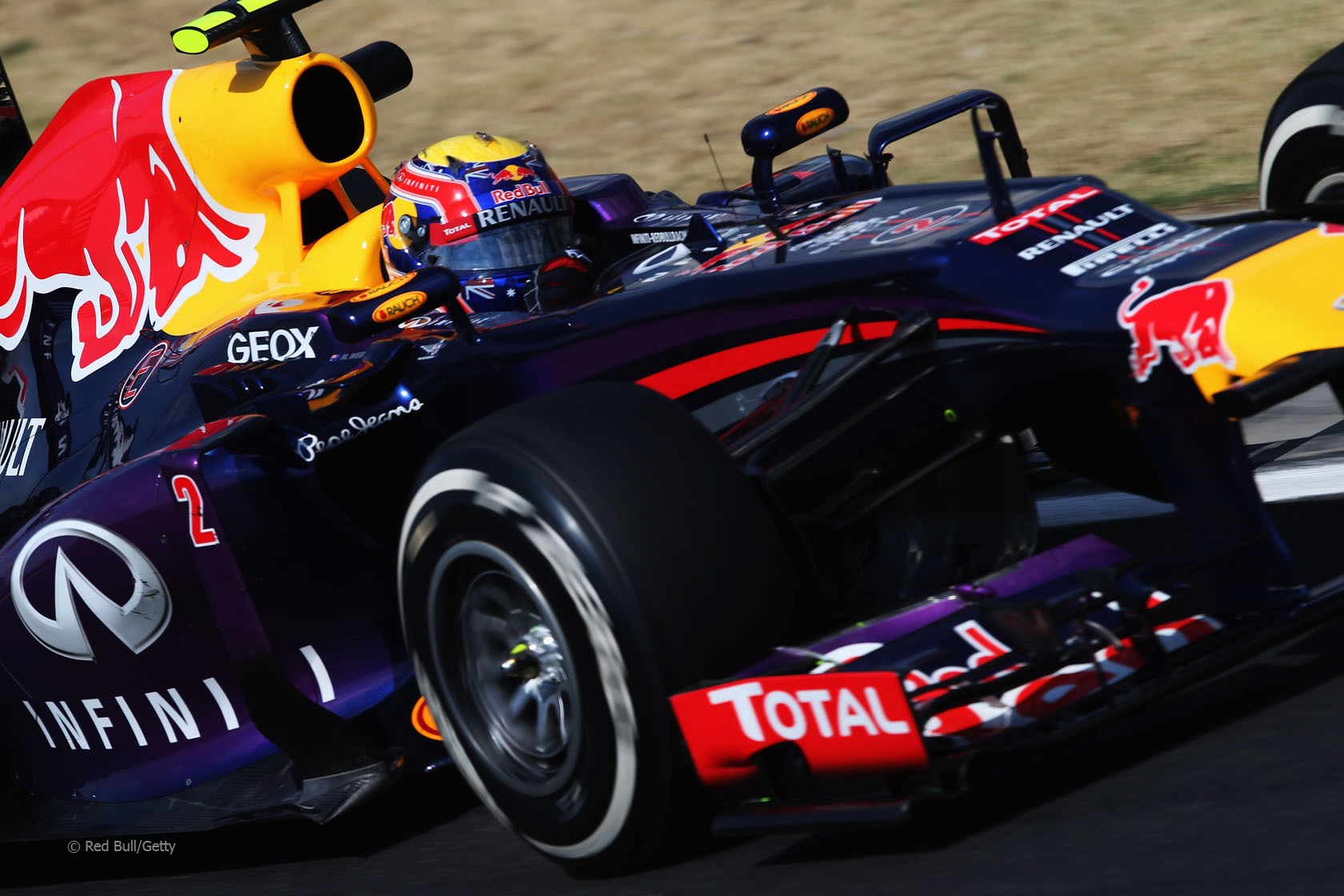 Mark Webber was frustrated after technical problems limited him to tenth place in qualifying for the Hungarian Grand Prix.

His Red Bull lost both the quickshift on its gearbox and had a KERS failure during qualifying. Webber made it into the top ten but will start tenth after not doing a lap in Q3.

“KERS, gearbox, you name it,” said Webber when asked about his car problems. “Driving around so far off the potential it’s unbelievable.”

“Massively frustrating. We look stupid, it’s embarrassing, and it’s a brutal circuit to be out of position on. We should be challenging for the front row, which is possible, and we’re bloody tenth.

“A pain in the arse,” he added, “It’s amazing all the effort that you go to and then you have two weekends on the bounce where you get that.”

Webber said his qualifying setback will make for a difficult race: “We’ve got to get the car operating at the limit the first thing tomorrow. “It’s a long race with not everything functioning correctly.”

“KERS was 50% of it, there was other things, we managed to tick every bloody box in qualifying and made it hard. We’ve got to get that sorted for tomorrow but as usual it’s going to be hard to get the result we could have potentially got.”

66 comments on “Webber fumes after string of problems in qualifying”