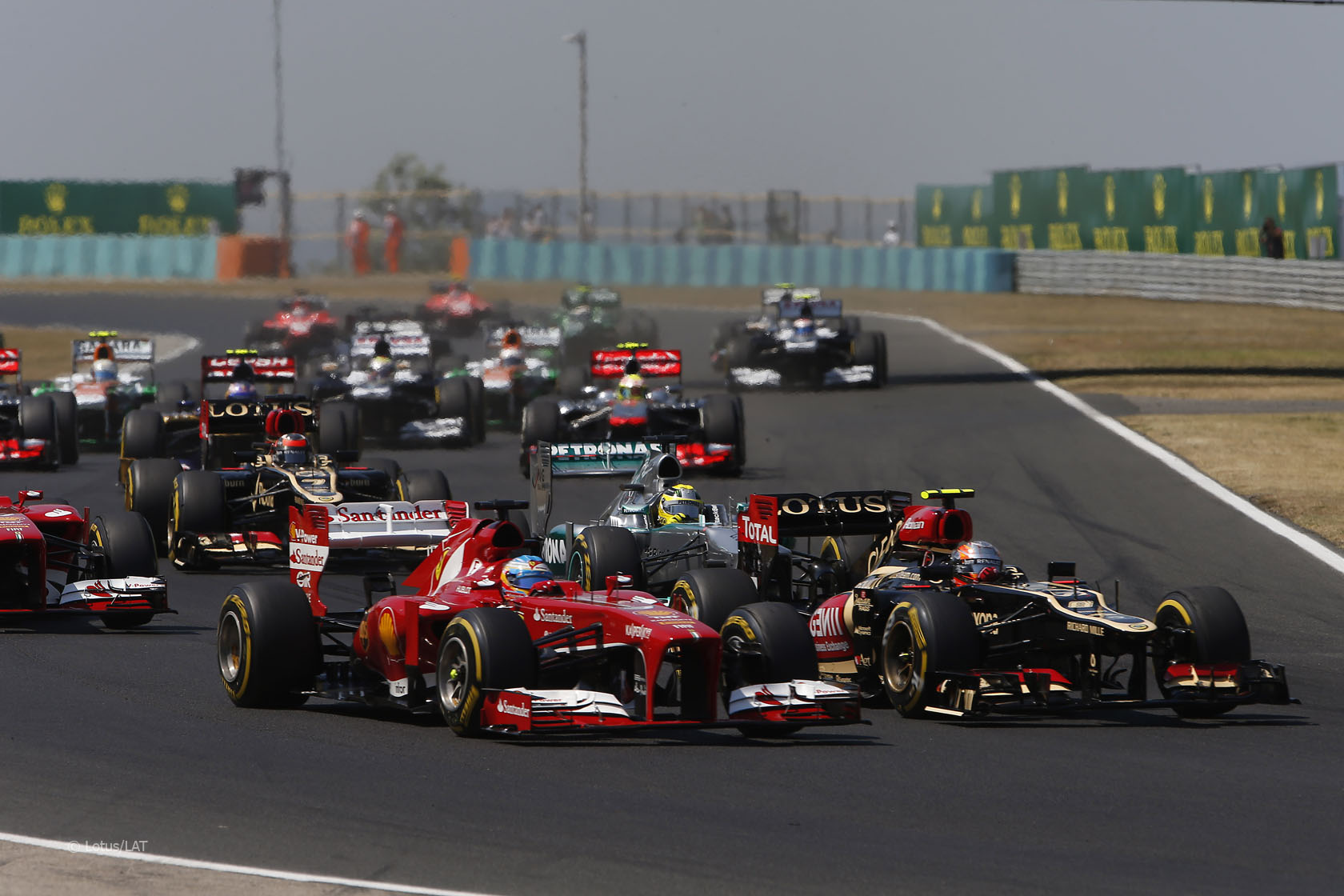 Ten video highlights from the Hungarian Grand Prix filmed by fans during the race weekend.

Drivers visit the fans in the stands between first and second practice on Friday.

Practice at the chicane

A long video of cars tackling the chicane during practice.

Sergio Perez crashes at turn 11 in the closing moments of final practice on Saturday.

The race gets underway: Romain Grosjean edges Alonso wide at turn two and Nico Rosberg makes contact with Pastor Maldonado as he recovers from an earlier tangle with Felipe Massa.

The second of these videos gives an excellent illustration of the advantage of starting on the clean (left) side of the track at the Hungaroring.

Hamilton heads for the pits

Lewis Hamilton heads into the pits at the end of lap nine, handing the lead to Sebastian Vettel, closely pursued by Grosjean.

Vettel locks up at the chicane as he tries to pass Kimi Raikkonen at the end of the race.

Vettel draws alongside Hamilton as the Mercedes driver celebrates on the victory lap.

Were you at the Hungarian Grand Prix? Did you capture any videos? Share them here: