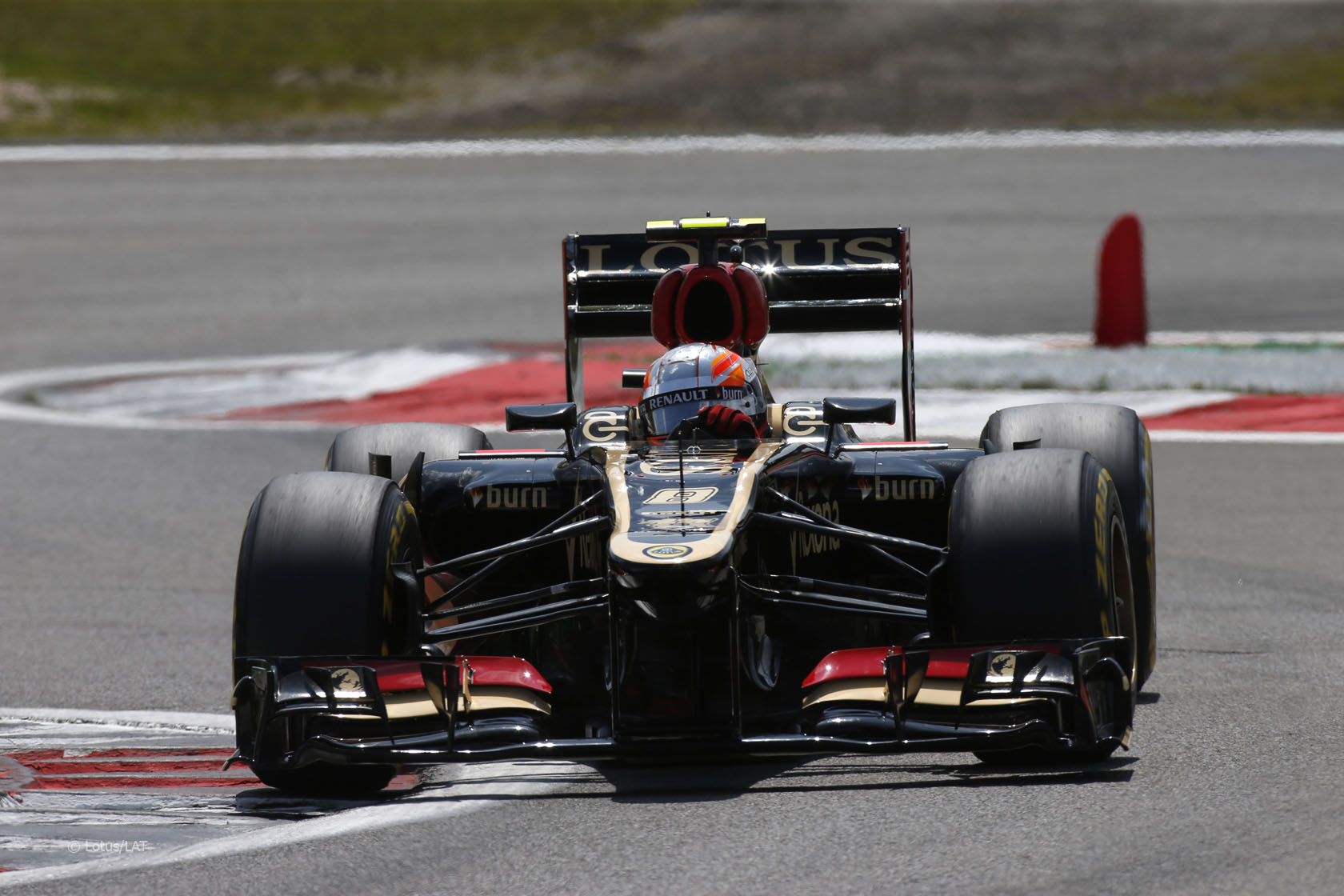 Lotus say there’s a “good chance” they will use their Drag Reduction Device for the Belgian Grand Prix but it is not certain to make an appearance.

“We haven?óÔéĽÔäót made a final decision yet as to whether it will be deployed,” said trackside operations director Alan Permane, “but we?óÔéĽÔäóve been conducting a lot of simulation work with the concept to help clarify that decision and there?óÔéĽÔäós a good chance we?óÔéĽÔäóll see it make an appearance.”

It is particularly useful at circuits like Spa which have very long straights. However it is difficult to tune as it must not operate when a driver is tackling a very high-speed corner, such as Spa’s Eau Rouge or Blanchimont.

Permane said the team will do everything they can to enhance the performance of the car between now and next week’s race:

“Although we have had a decent gap of four weeks between races, two of those are eliminated by the enforced factory shutdown. This still leaves two weeks of course; a period of time sufficient to bring a few new parts to the table as we would normally do in such a gap.

“The advantage we have with Spa being so close geographically is that we can be working on the cars back at Enstone right up until the Tuesday night before the race, and still have sufficient time to get them to the circuit ready for work on Thursday morning. We?óÔéĽÔäóve got several updates coming up ?óÔéĽÔÇŁ both mechanical and aerodynamic ?óÔéĽÔÇŁ so we?óÔéĽÔäóre confident of making another step forward.”