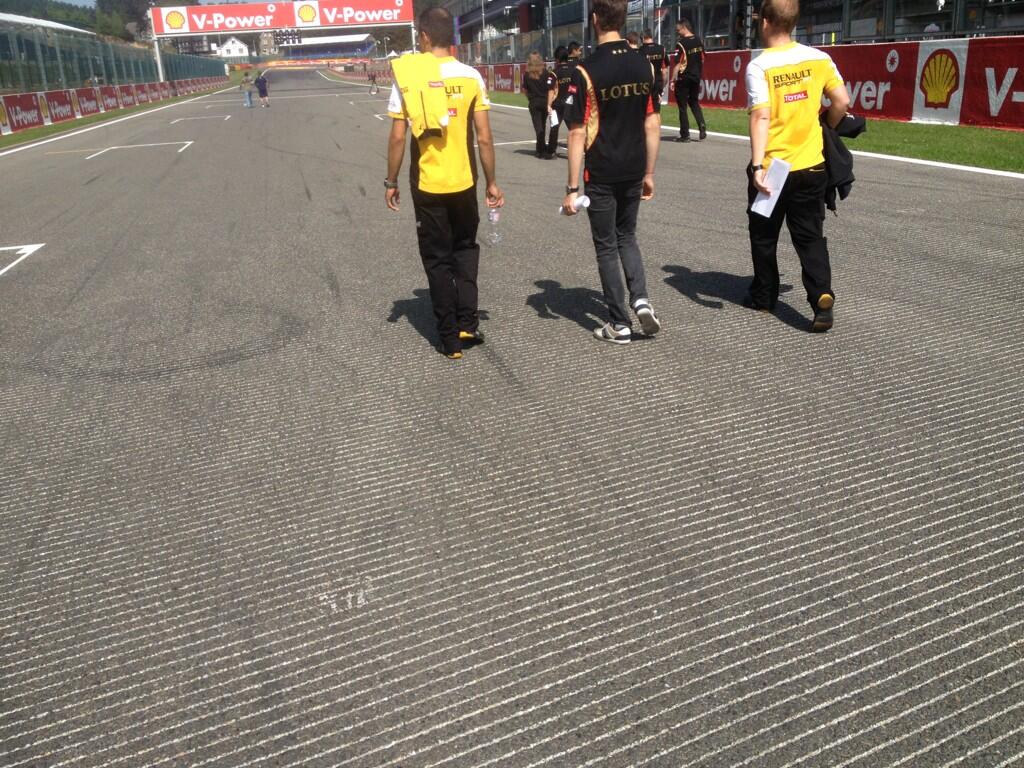 F1 drivers say they will request the opportunity to conduct practice starts on the new surface on part of the grid at Spa-Francorchamps.

A series of drainage channels have been cut in the tarmac across the first 11 grid hatchings to disperse water in the event of heavy rain. These could affect drivers in the front half of the grid when making their starts.

“We actually had a meeting just before the press conference and we were discussing about it,” said Jean-Eric Vergne. “I think we’ll probably bring it up during the drivers’ briefing or team manager’s briefing, try and have a practice start, see if there’s a difference or not.”

Romain Grosjean said: “We noticed it while I was doing the track walk but I haven’t talked with the start guy yet. It looks different when you walk.”

“The first to eleventh grid position are more or less the same so there is no disadvantage from there, it will be more around twelfth position where there could be problems. I think from the first few rows should be same for everyone.”

Sebastian Vettel doubted the channels would have a significant effect on drivers’ starts: “”We don’t know the difference because we never had starts on that kind of surface. I don’t expect it to be a big difference.”

56 comments on “Drivers to raise questions over grid grooves”