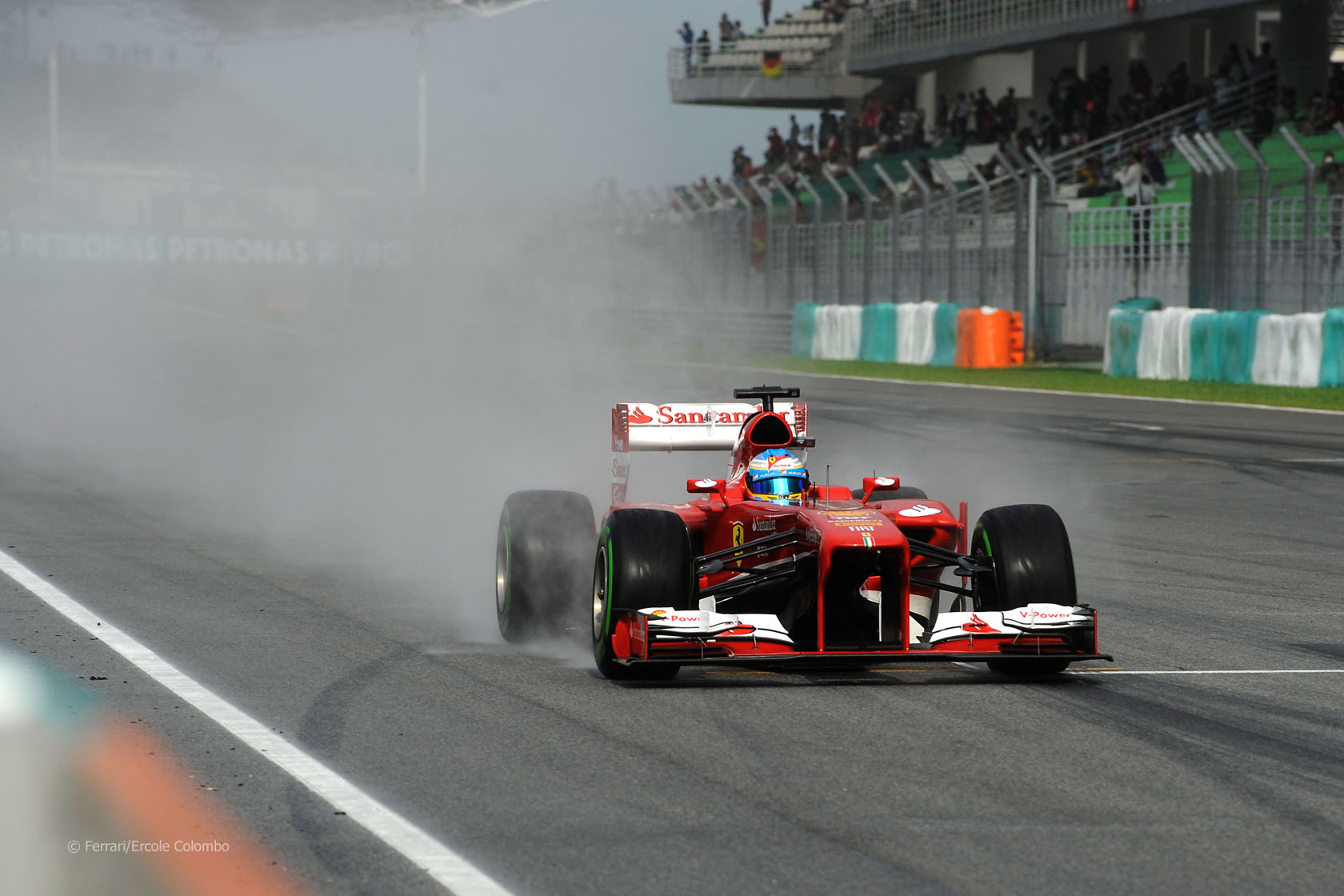 Sporadic showers created problems for teams in the first 90 minutes of practice for the Belgian Grand Prix.

The track was damp when the session began and only a handful of teams were tempted to run on intermediate tyres in the tricky conditions. Among them were Lotus and Sauber, both eager to complete some running with their drag reduction devices.

As the track began to dry Red Bull were the first team to send their drivers out on slick tyres. Once they were happy the conditions were stable enough they took advantage of the brief window of dry running to test a new front wing.

The track was at its busiest at this point with almost every driver lapping at the same time. The beginning and end of the lap were the last to dry, and driver after driver out-braked themselves and ran wide at the the chicane. Lewis Hamilton had a near-miss when he was caught out by Esteban Gutierrez braking earlier than he expected for the corner.

The Lotus drivers missed the opportunity to run when the track was at its driest and ended up at the bottom of the times as the rain returned late in the session. The track improved enough for several drivers to return to the track in the final minutes, but none were able to improve their lap times.

19 comments on “Alonso ahead as rain disrupts first practice”