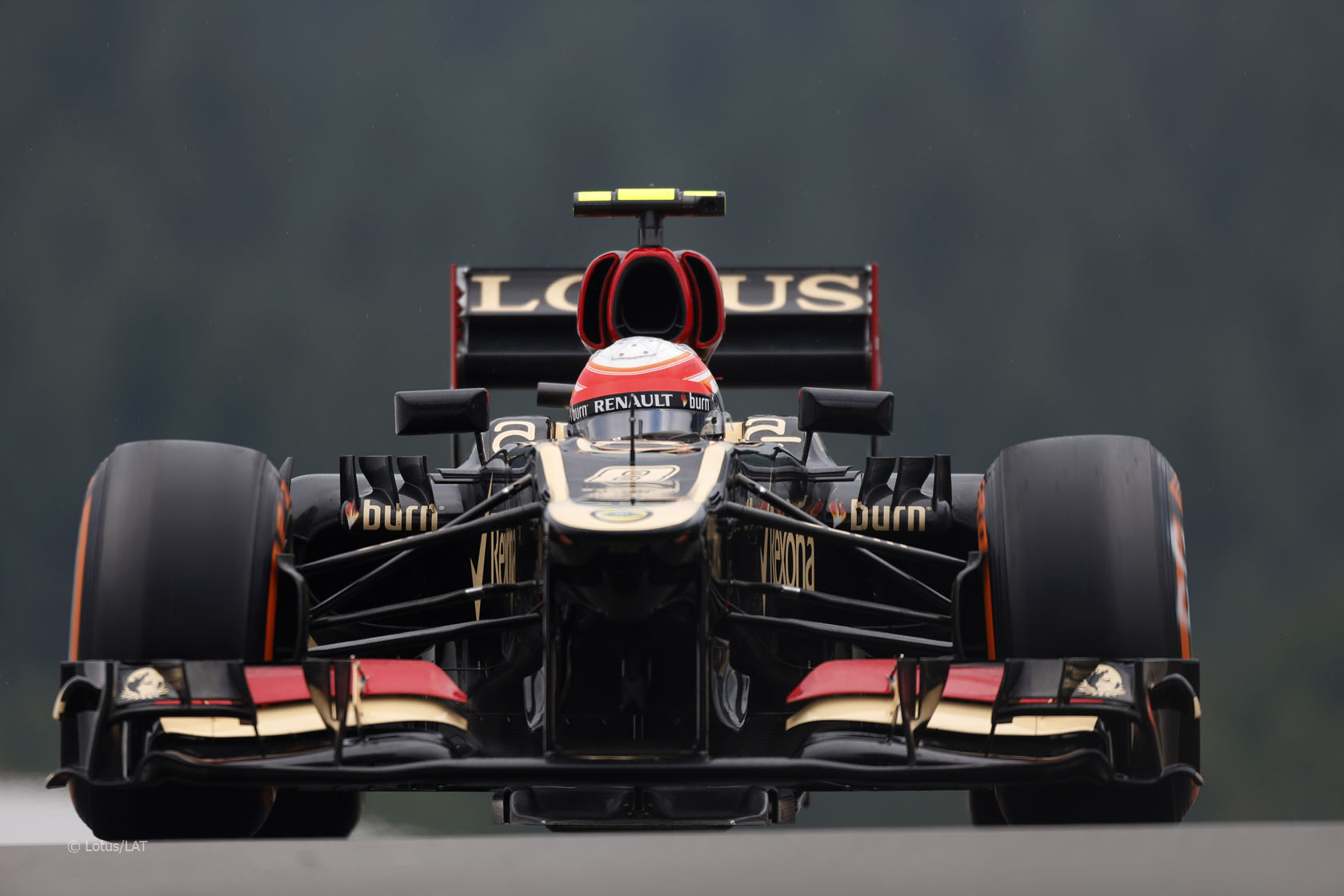 Lotus and Sauber had different conclusions after testing their passive DRS devices during practice for the Belgian Grand Prix.

Sauber’s head of track engineering Tom McCullough admitted they were “tempted” to keep their version of the device on the car:

“Today we performed a lot of tests on some new parts and the system performed actually better than we were expecting,” he said.

“It’s still not at the stage we think we’re going to race it even though we are pretty tempted at the moment so there’s plenty of engineers looking at a lot of data and we’ll make that decision later on tomorrow.”

However Lotus technical director Nick Chester said they were unlikely to race their Drag Reduction Device this weekend, despite having run it previously this year and targeted using it at Spa.

“We didn’t have a full dry session we couldn’t get the normal feedback we would like on it and all the measurements we would like,” he said. “So it just left us a little nervous after P1 that we didn’t want to go into the rest of the weekend with something that may give us a problem.”

“Particularly when the car’s already pretty competitive and we don’t want to risk having a problem in P3 or qualifying with it.”