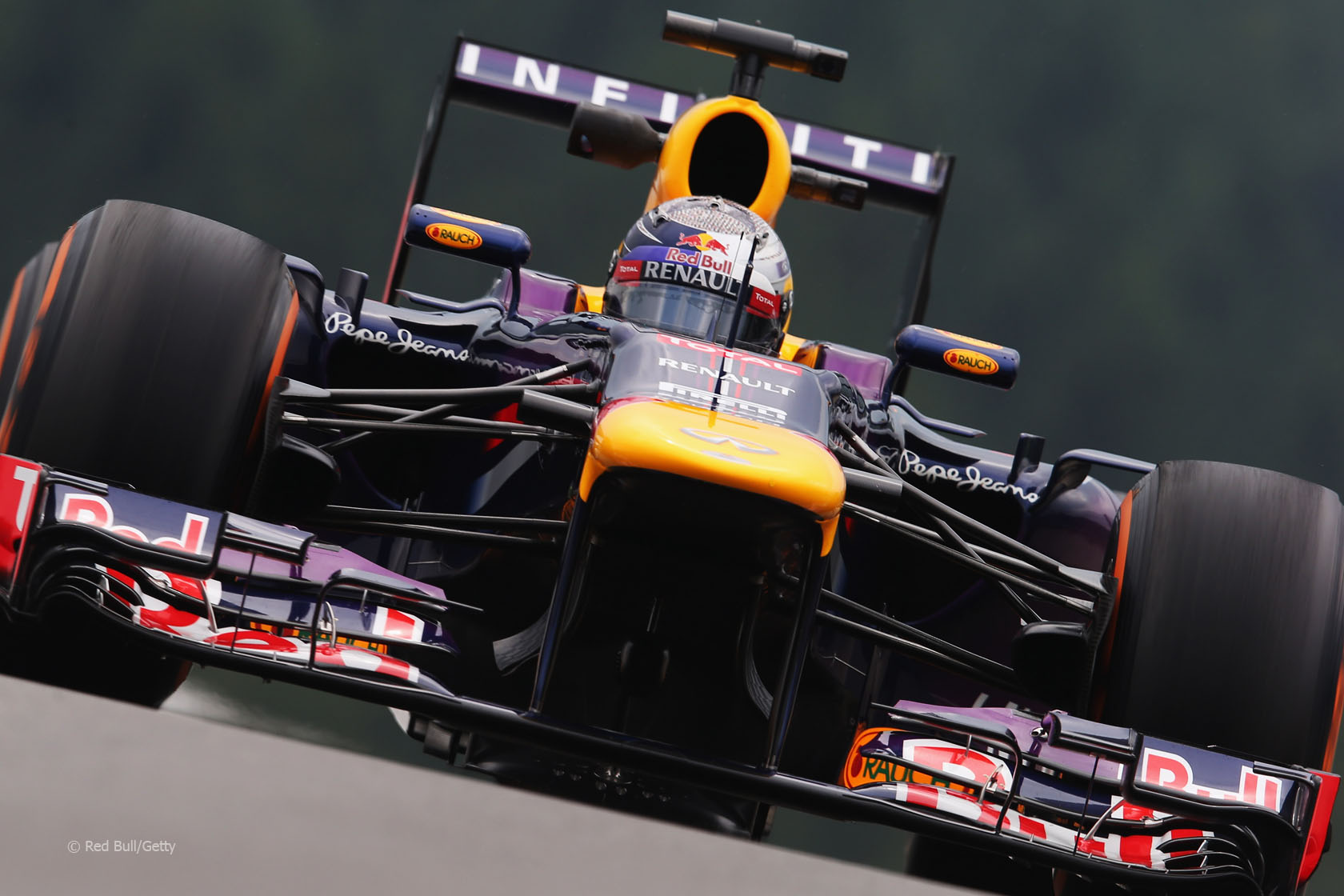 Sebastian Vettel led a Red Bull one-two in the second practice session at Spa-Francorchamps but suffered a setback with a quarter of an hour to go.

Vettel limped into the pits with a right-rear puncture during his race fuel run, bringing his session to an early end. The failure will raise concerns of a repeat of the problems seen at Silverstone.

Shortly after Vettel’s puncture Giedo van der Garde had an even more dramatic problem at Stavelot, the car snapping sideways and spinning into the barrier. Van der Garde climbed out of the damaged Caterham unhurt.

Van der Garde had a near-miss with the other Caterham early in the session when his team mate braked too late for the chicane, forcing him wide. “I don’t know what he was doing,” Van der Garde exclaimed. Vettel had to back off to avoid the pair of them as they rejoined the track.

The Red Bull drivers comfortably led the session up until that point. Mark Webber was the first of the pair to set a time on medium tyres but Vettel pipped him by less than six hundredths of a second.

Romain Grosjean was their closest rival, over eight tenths of a second behind. Team mate Kimi Raikkonen had to cut his last run short due to low water pressure.

Despite complaining about poor rear grip earlier in the session Felipe Massa ended up fourth quickest, ahead of Jean-Eric Vergne who impressed for Toro Rosso.

Max Chilton was at the bottom of the times after complaining about a steering problem on his Marussia, which was pulling to the right.

44 comments on “Vettel quickest before puncture ends his session”