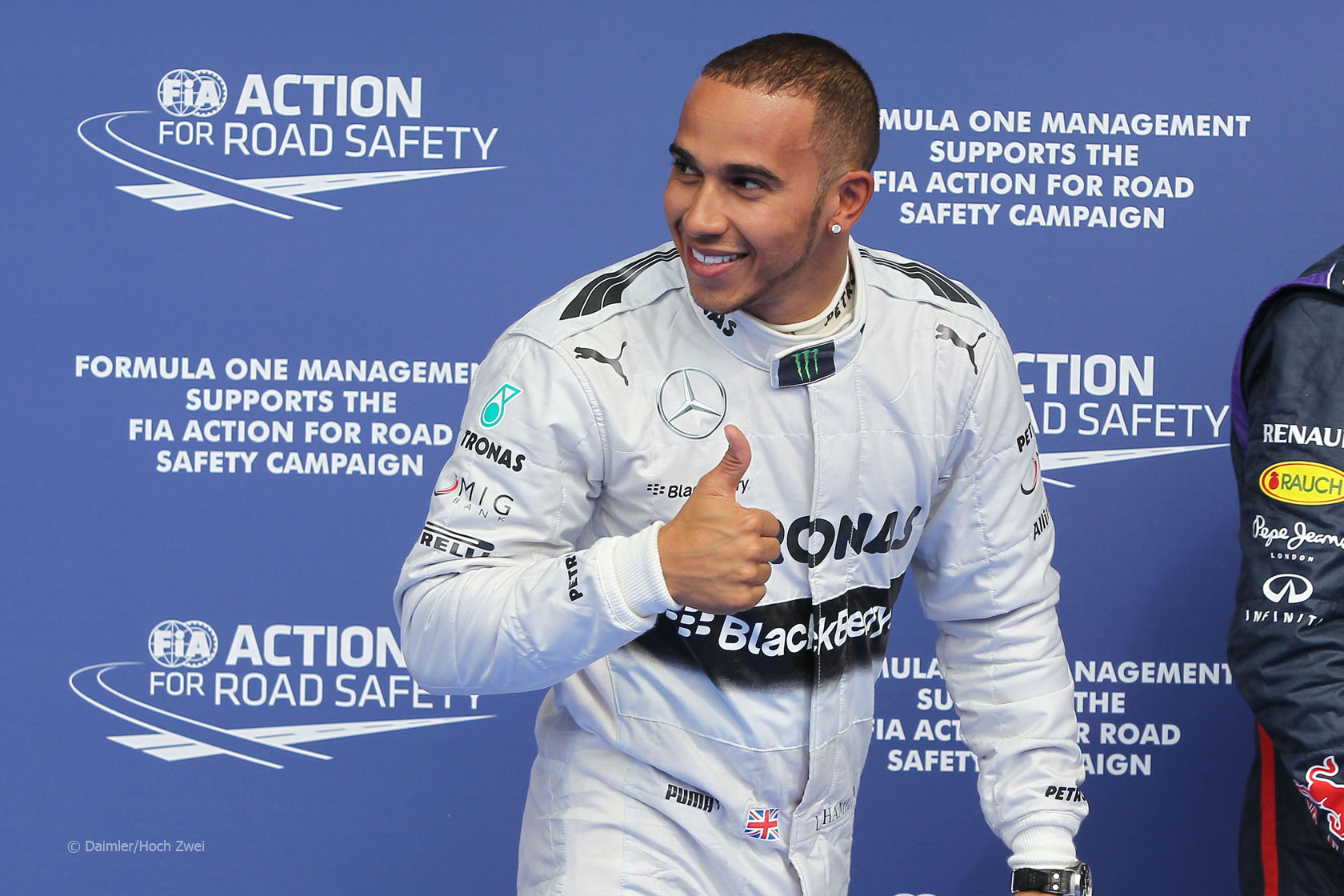 Fortune favoured the brave as rain played havoc with the qualifying session for the Belgian Grand Prix.

But the Force India driver was denied the glory as Lewis Hamilton and Sebastian Vettel took advantage of a late improvement in the weather to claim the front row.

The rain arrived at the track as qualifying was beginning leading all the teams to send their drivers out straight away, some of them queuing up at the pit lane exit. Pastor Maldonado was the first of the drivers to discover how slippery the conditions were, skating off at Les Combes.

In the dying moments of the session both Ferrari drivers found themselves in the drop zone. This left them vulnerable had a yellow flag been shown and when Di Resta spun his Force India at the chicane it looked as though a nightmare situation was about to unfold for them. Fortunately for him he was able to drag his car back onto the track.

While those who had pitted early found they weren’t able to take advantage of the ever-drying track, others were taking advantage, including a handful of drivers who had bravely gambled on slicks.

Giedo van der Garde led the trio, claiming third place in his Caterham after being one of the last drivers to start a time. The two Marussias, also on slicks, made it through as well. But the other Caterham of Charles Pic was held up at the weigh bridge, losing valuable time, and ended up last.

Among those to fall at the first hurdle were Jean-Eric Vergne and Esteban Gutierrez, both of which having impressed in the earlier wet part of the session.

The other Toro Rosso of Daniel Ricciardo was also knocked out. “We went out too early,” he rued on the radio afterwards. “There was no point pushing straight away when the track was always going to dry. We should have waited.”

The track continued to dry in the second part of qualifying where there were few surprises. The contest for the top times suggested an exciting qualifying battle was on the way even if it hadn’t continued to rain.

Kimi Raikkonen headed the times, just a hundredth of a second faster than Fernando Alonso.

Among those to drop out in Q2 was Sergio Perez, who narrowly failed to start a time before the session came to an end. Not for the first time this year Nico Hulkenberg felt the bitter pang of missing out on the top ten by just a few hundredths of a second.

The rain returned for a dramatic final ten minutes of qualifying. As the skies darkened almost all of the final ten runners took to the track, hoping to get a time in before the surface became too slippery.

But Paul di Resta held back in the pits. He’d spied the umbrellas going up and guessed the conditions were going to get too wet too quickly to set a time on slicks.

The other nine drivers quickly came to agree with him as they twitched around the increasingly treacherous track. To a man they all came in to put intermediate tyres on.

Meanwhile Di Resta delivered a neat, error-free lap to take a provisional pole position. His chances of holding on to it looked set when Felipe Massa – the first driver to get out of the pits with a set of intermediates on – set a time 1.7 seconds slower than him.

Few of the other drivers made any impression but Nico Rosberg produced an inspired lap in ever-worsening conditions to claim second place. Di Resta’s hopes of holding on to pole positions were bolstered as the track became so wet the FIA instructed teams to disable their DRS.

But the conditions stabilised and Rosberg harnessed the mid-sector performance of his Mercedes to snatch pole position off Di Resta. Force India thought their disappointment would end there.

The three had got across the finishing line early enough to get one more quick lap in on a circuit which was improving once again. The Red Bulls looked quick, but in the middle sector Hamilton pole-axed the pair of them, covering the same ground over a second faster than either of them.

Vettel and Webber had done enough to demote Rosberg, and were quicker than Hamilton in the other two sectors. But they couldn’t keep him from pole, which duly went to a surprised Hamilton by two-tenths of a second.

Di Resta doubted he could have been higher than fifth even if he had been on the track at the end of the session. Jenson Button claimed sixth for McLaren ahead of the Lotuses on row four and Ferraris on row five.