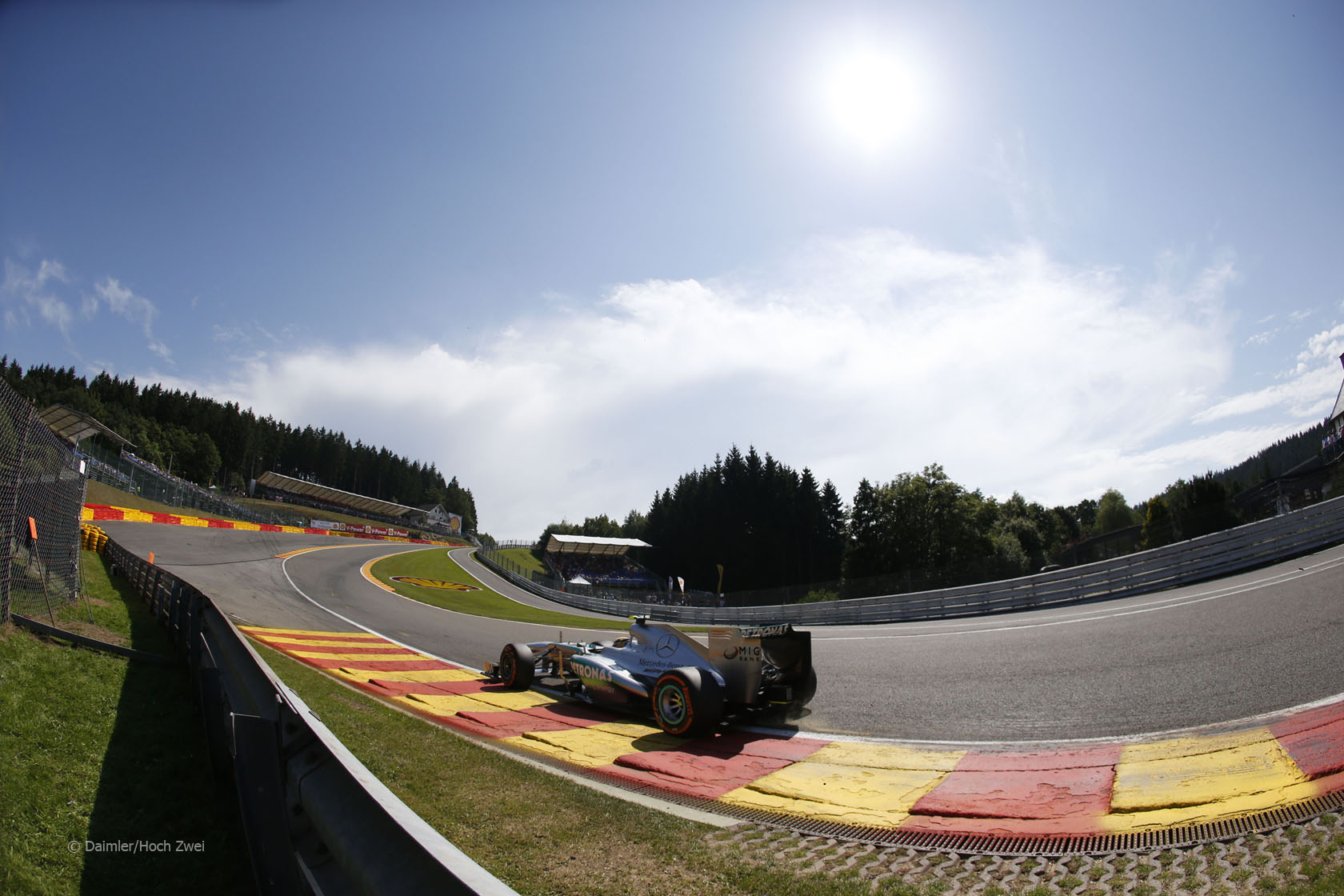 Lewis Hamilton said he was surprised to claim pole position for the fourth race in a row in Belgium.

Hamilton was outside the top ten in all three practice sessions and made it through to Q3 in tenth place. But he took advantage of wet conditions in the top-ten shoot out to take his fifth pole position for Mercedes.

“It was obviously a good job by the time but I am just so surprised when I came across the line,” said Hamilton.

“I think when I started the lap it looked like on the board I saw on the screen I was in seventh or eighth. And I was like ‘oh my God’, especially as it was raining more.”

“And I went wide in turn one. And my dash display was usually telling me whether you’re up or down and it said I was three seconds down, and then five seconds and six seconds so I didn’t understand what was going on in the lap and I just kept pushing. I could see I was catching Sebastian [Vettel] towards the end. But what a blessing I feel so fortunate to be up there.”

However Hamilton expects pressure from the Red Bulls in tomorrow’s race: “I think this weekend they’ve both shown that they have incredible pace.”

“But I’m hoping that whatever the conditions are tomorrow we can try and fight it out with them. The guys have done a fantastic job bringing a good package here.

“I generally feel we’re quite close. I still feel Red Bulls generally are a little bit ahead of us in performance. But that’s why results like this today feel even better because we feel like we’ve extracted more than the car can actually do. So I’m very happy with it.”