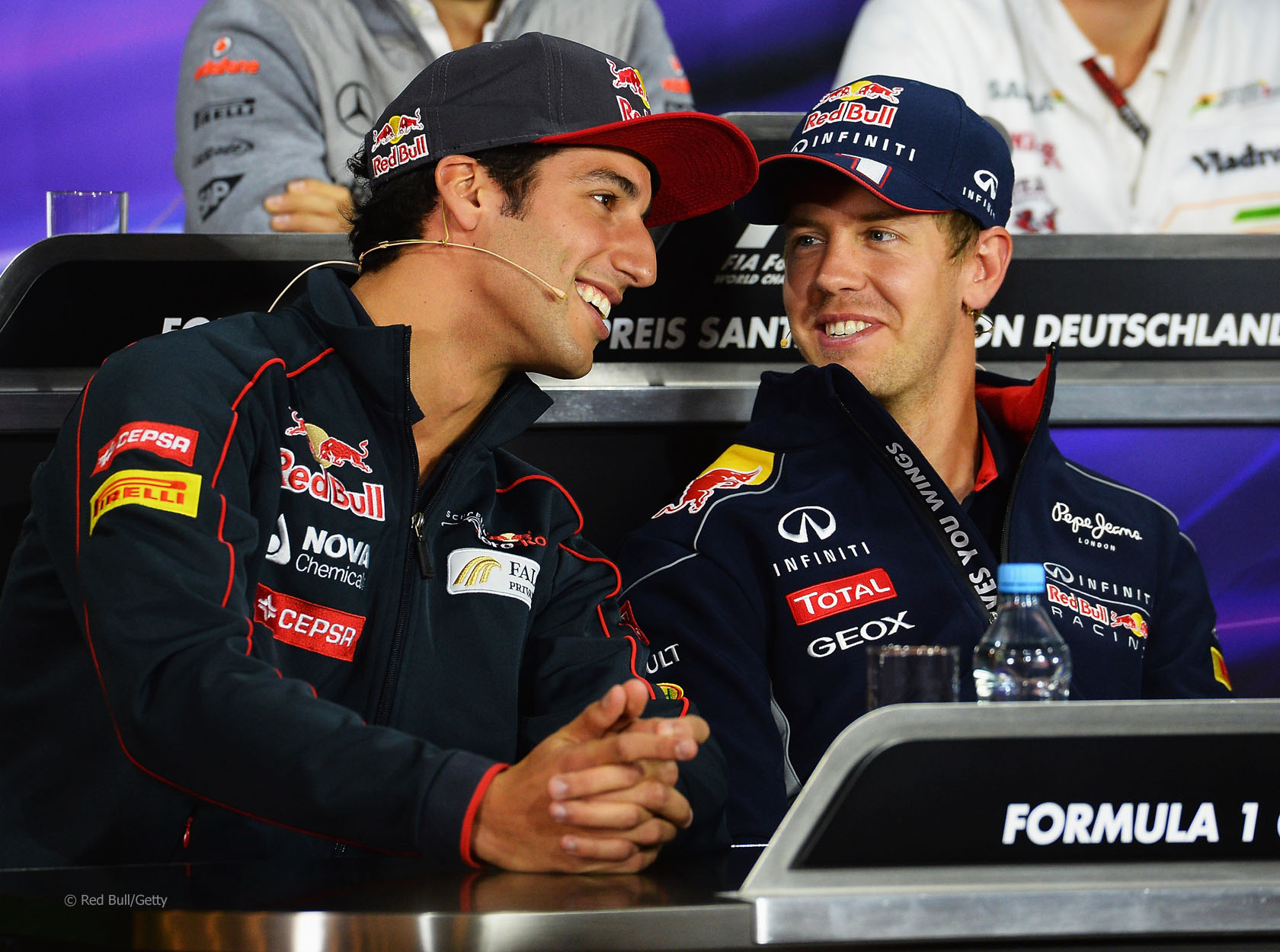 Daniel Ricciardo will take over from Mark Webber at Red Bull next year, the team have confirmed. The announcement was made on Red Bull’s Servus TV channel.

Ricciardo, who made his F1 debut for HRT in 2011, will partner Sebastian Vettel next year.

“I feel very, very good at the moment and obviously there’s a lot of excitement running through me,” said Ricciardo. “Since joining F1 in 2011, I hoped this would happen and over time the belief in me has grown; I had some good results and Red Bull has decided that this is it, so it’s a good time.”

“Next year I’ll be with a championship-winning team, arguably the best team, and will be expected to deliver. I’m ready for that. I’m not here to run around in tenth place, I want to get the best results for myself and the team. I would like to thank the team for giving me the opportunity to show what I can do.

“I know the team quite well already since being its reserve driver in 2010, which should make the transition easier. It will be a great challenge to be up against Sebastian Vettel, I’m looking forward to that. My aim is to finish this season as strong as possible, for myself and Scuderia Toro Rosso. Then, once the off-season is here, I’ll be fully focussed on next year and the next stage of my career.” “He’s a very talented youngster, he’s committed, he’s got a great attitude and in the end it was a very logical choice for us to choose Daniel.”

“He joined the Red Bull Junior Team in 2008 and we’ve seen in his junior career in Formula Three and Renault World Series that he’s capable of winning races and championships. He’s stood out in each of these categories and we’ve followed his progress with great interest.

“He’s got all the attributes that are required to drive for our team: he’s got a great natural ability, he’s a good personality and a great guy to work with. Daniel knows what the team expects from him; he’ll learn quickly and it’s very much a medium to long term view that we’re taking in developing him. The seat within the team is a wonderful opportunity and I think he’s going to be a big star of the future.”

Kimi Raikkonen was in the running for the seat but in the end the team opted for Ricciardo, as Adrian Newey explained:

“We could have taken an experienced driver, somebody guaranteed to deliver to a relatively known level, or equally we could take on a much younger driver in the hope that they’ll develop to a very high level. We looked at the latter option and concluded that of the younger drivers, Daniel is the most promising.

“From Red Bull’s point of view that also fits well because the driver that Christian and I feel is the most promising is part of the Red Bull young driver programme.

“The decision actually reminded me a little bit of a similar situation we had when I was at Williams. Nigel Mansell was leaving and we needed someone alongside Alain Prost. We could stick with Riccardo Patrese or take a punt on a young driver called Damon Hill who was our test driver at the time. I think it’s good to bring young blood in and give promising drivers a chance.”