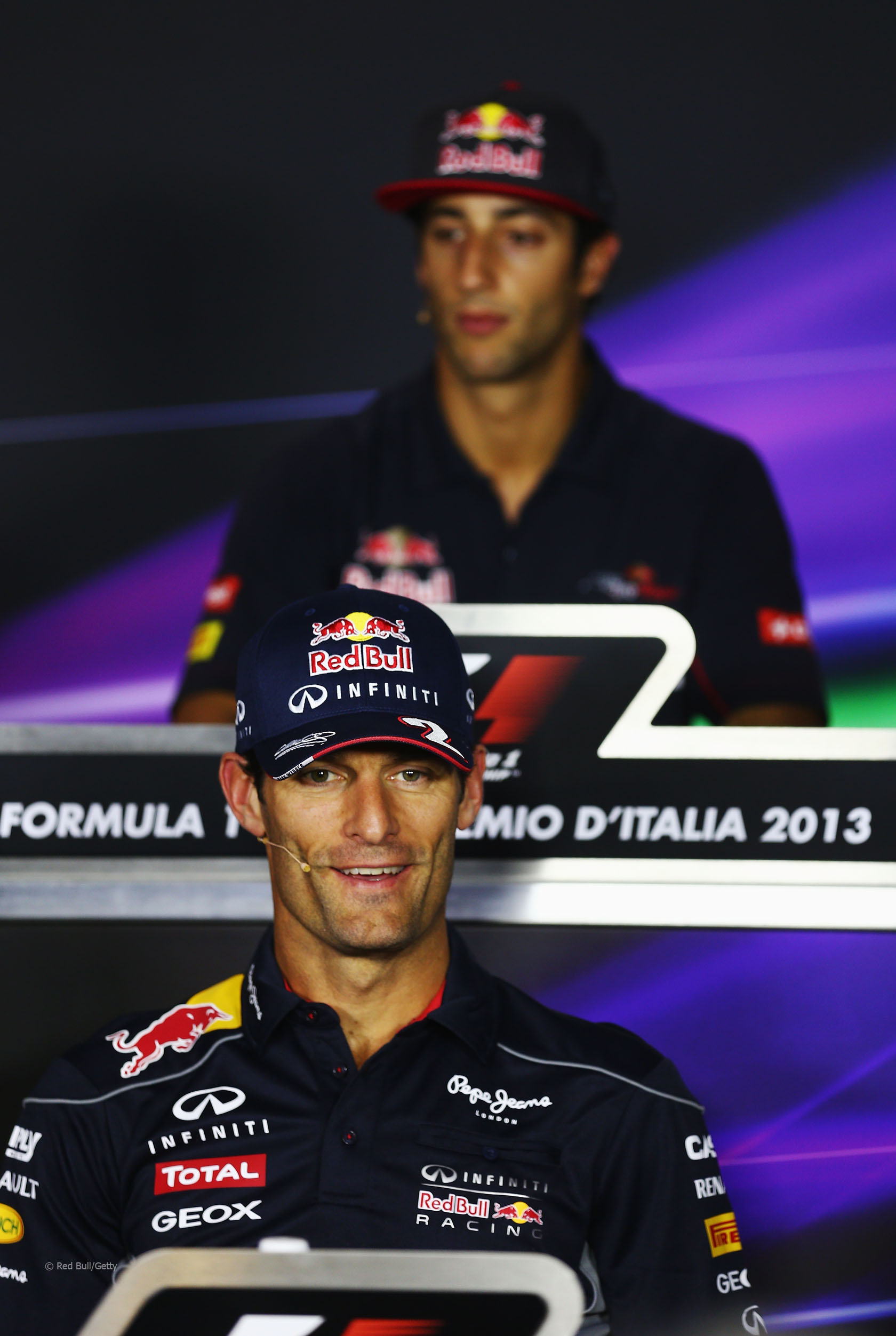 Mark Webber says Red Bull’s junior driver programme has come to fruition as both their race drivers for 2014 have graduated from it.

He added he was pleased to see a Daniel Ricciardo his footsteps at the team: “It’s very rare that we have any Australians in Formula One,” said Webber in today’s Italian Grand Prix press conference.

“But to have us, I suppose, handing the baton over, in a very successful team, is great for Dan.”

“Obviously he thoroughly deserves it,” Webber added, “the junior categories for him in Europe initially is a great test, not easy for us to come from that part of the world which he’s done brilliantly with.”

“And it’s a perfect scenario as well. I think for the team it all fits very well. After [David Coulthard] and myself they’ve finally got another junior driver from the Red Bull programme which is what it’s all about.

“That fits in very well. Perfect age, and it’s all in his corner so he can do a tremendous job.”

Ricciardo, who only found out he had the drive on the Wednesday after the Belgian Grand Prix, said it was a “relief” the decision had been made.

“Now there’s no more speculation and dodging questions and all the rest of it,” said Ricciardo. “Everyone knows now what’s happening, including me, so it’s nice.”

Asked how Ricciardo will cope with the pressure of partnering world champion Sebastian Vettel, with whom Webber has had a tense relationship, Webber said: “Daniel will handle it fine. He knows how to handle himself so he’ll be OK.”

“I think that’s for me to figure out,” said Ricciardo. “As Mark said, I’ll be right.”

9 comments on “Promoting junior driver is “perfect” for Red Bull”