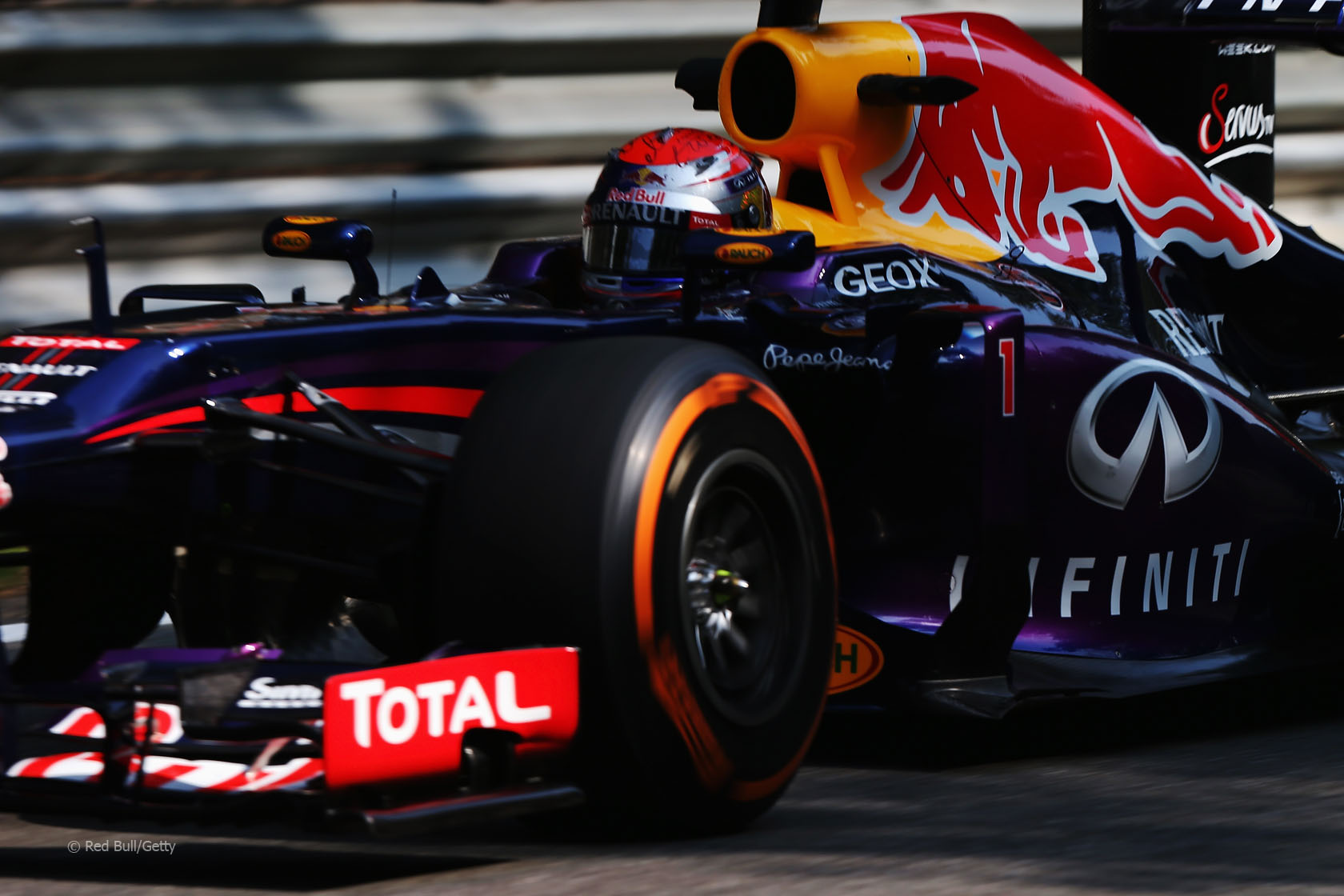 No one could get within six-tenths of a second of Sebastian Vettel during the second practice session at Monza.

Vettel’s quickest time on hard tyres was faster than anyone else could manage on mediums. When he put the softer tyres on he trimmed his time by three-tenths of a second to head the charts on a 1’24.453.

The world champion was the only driver to post a sub-85 second lap. Mark Webber made it a one-two for Red Bull, bouncing back from a KERS problem at the beginning of the session to set a best time of 1’25.116.

He was followed by the two Lotus drivers, both of which set laps which were identical to the nearest thousandth of a second. This was despite Kimi Raikkonen running the longer-wheelbase version of the E21 while Romain Grosjean used the conventional car.

Fernando Alonso put his Ferrari in the top five, albeit 0.877s off Vettel after running wide at Lesmo 2 during one of his runs. Several other drivers went off during the session.

Among them was Lewis Hamilton, who ran wide at the exit of Parabolica, as Raikkonen also had earlier on. Hamilton ended the session sixth followed by team mate Nico Rosberg.

Felipe Massa was eighth despite pitting before the end of the session with a gearbox problem. The two McLaren drivers completed the top ten, both over a second off the flying Vettel.