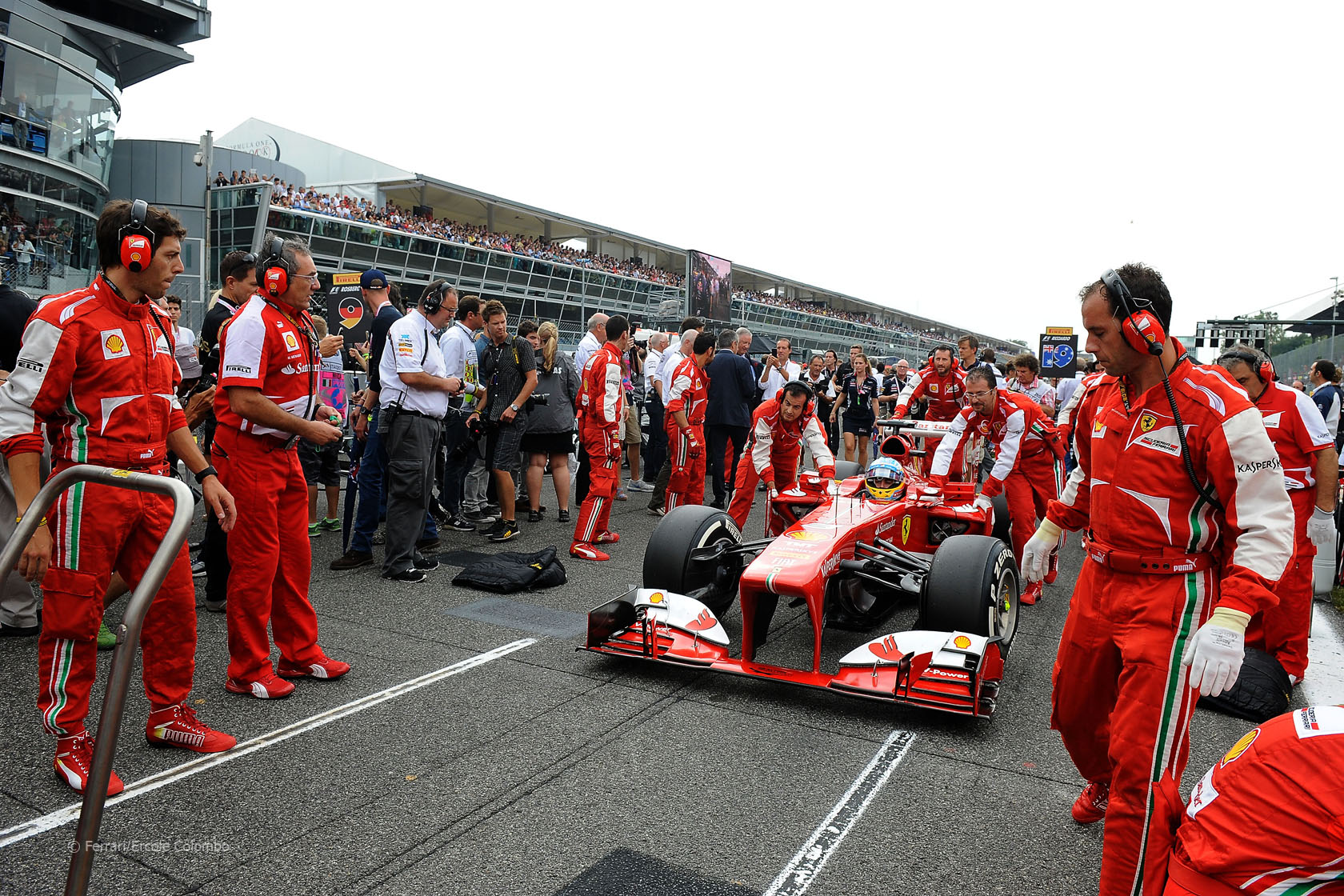 Fernando Alonso admitted he needs Sebastian Vettel to post more retirements to bring him back into contention for the world championship.

The Ferrari driver is 53 points behind Vettel with seven races remaining, and 175 points still up for grabs.

“We need to be lucky and we need to have some DNFs from Sebastian or something to win the championship.”

Alonso likened the situation to last year when Vettel caught and overhauled him in the second half of the season:

“With the races left and the points disadvantage, it?óÔéĽÔäós hard but in a way, it was exactly the same last year.

“We could only lose the championship, with 41 points advantage in front of Sebastian after the Monza race. It was difficult for him to catch up and so it was maybe up to us. We didn?óÔéĽÔäót complete the job and we had a DNF in Suzuka and some other problems.

“There?óÔéĽÔäós still a long way to go. We will try until the last race to be as good as we can and score as many points as possible and then in Brazil we will see how many points we have compared to him.”

“Also there are more teams in the battle,” Alonso added, “there is not only Red Bull who can be on pole position.”

“There is Mercedes who have done many pole positions this year etc… So many races are coming with many interesting combinations of performance so what we have to do is try to be close to the top in all track characteristics.”