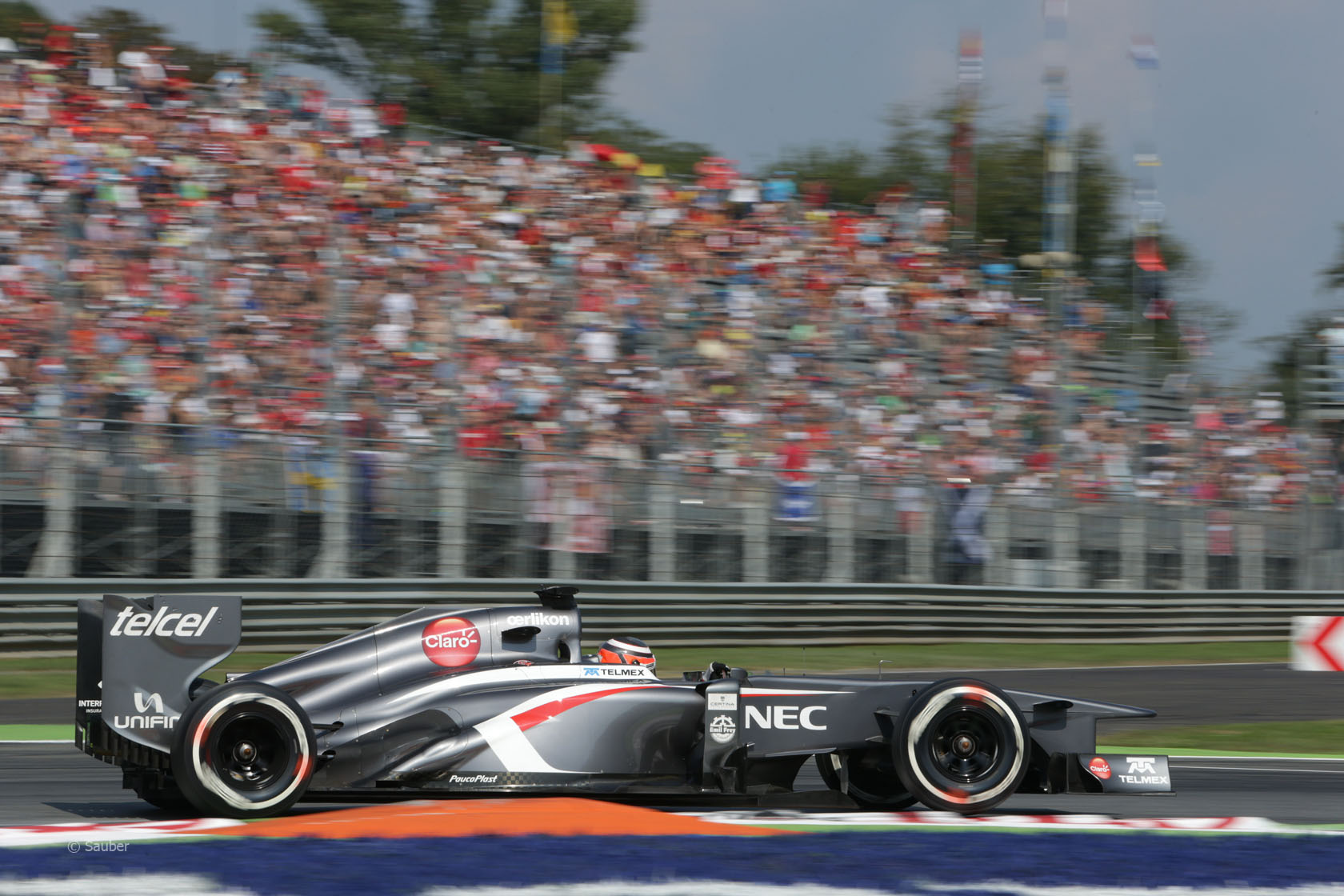 Nico Hulkenberg said he was surprised by how strong his Sauber was in the closing stages of the Italian Grand Prix.

Hulkenberg claimed the team’s best result of the year so far with fifth place behind the Red Bulls and Ferraris.

“After yesterday and after Saturday morning as well I was quite confident that we had good race pace,” said Hulkenberg.

“But to be that strong, especially in the final stint, in the last 15 laps, where we are really catching up with the Ferraris and Red Bulls in front, there I was quite surprised.

“It wasn’t an easy race,” Hulkenberg added, “it was quite hard and challenging from Nico [Rosberg] behind, he didn’t leave me alone so I wasn’t allowed to make any mistake and he really kept me busy.”

Sauber team principal Monisha Kaltenborn said she was “very happy and very relieved” with the result.

“It’s important that whatever improvements we have been doing and the little steps we’ve been taking we can finally reflect in the result,” she said.

“It’s important for the team because we can see and show to the outside that we’re still onto the championship, we’re not giving up, by no means. And we know we cannot broadly achieve a better position like we had last year, or around that area, but we definitely will not give up.”

Kaltenborn believes the result owes little to the unique nature of the Monza track: “I don’t think it really has that much to do with the circuit because, frankly speaking, we were rather concerned when we came here, actually, we would be competitive.”

“I think it’s been on the one side great work by the team, by working on the set-up. And of course the bits and pieces which we got, specially for this track, which depend on the understand we now have of the car, which is much better. And then of course the driver: he’s done a great job in qualifying and perfect race for us.”