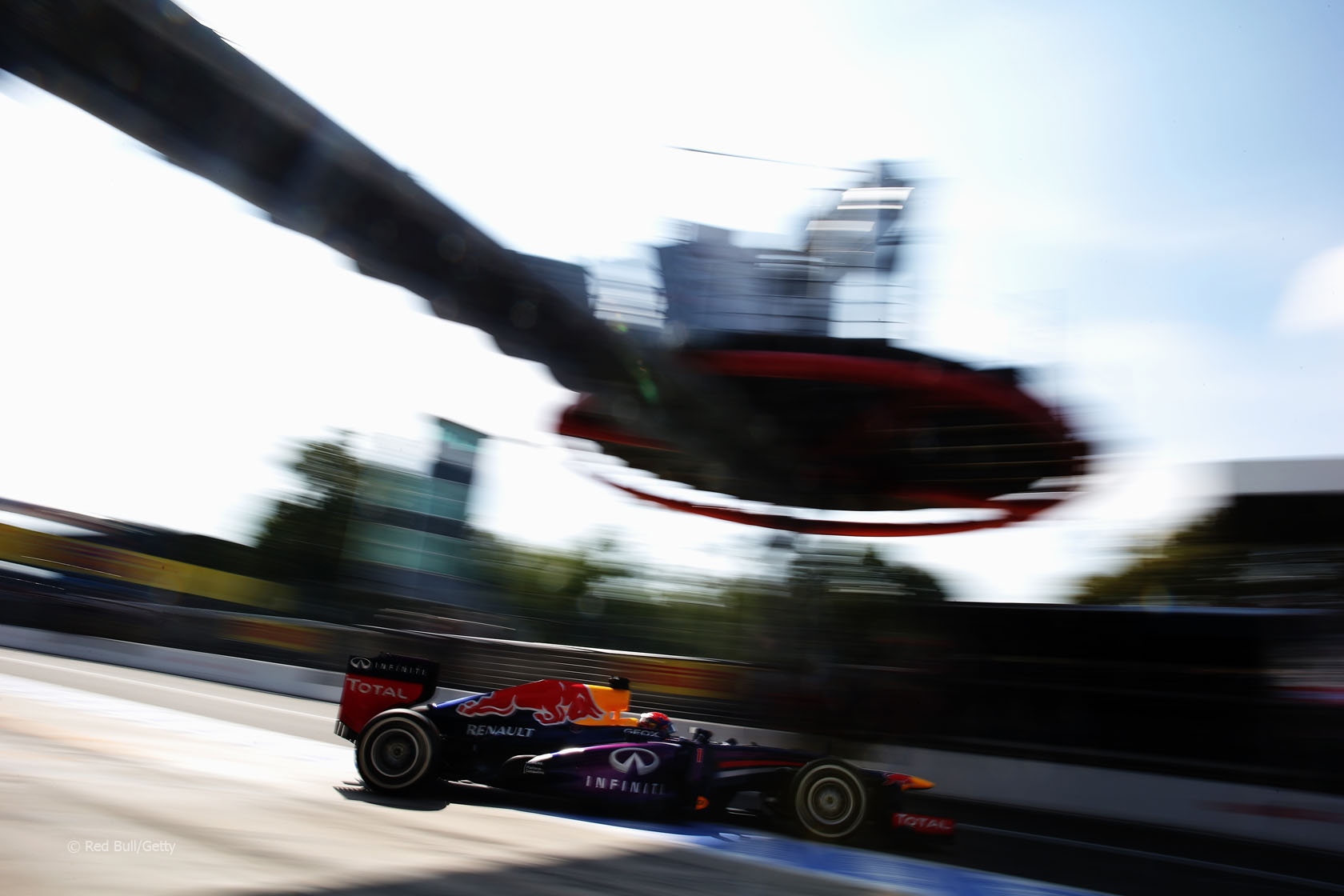 Sebastian Vettel scored his third Italian Grand Prix and extended his lead in the drivers’ championship.

It was not plain sailing for Red Bull as both their drivers were warned about potential gearbox problems in the latter stages of the race. Vettel also had to worry about a flat-spot from a tyre he locked at the first corner.

Fernando Alonso took second place ahead of Mark Webber, who he passed earlier in the race. Webber put him under pressure in the closing stages but, like Vettel, was preoccupied with looking after his gearbox.

Felipe Massa finished fourth ahead of Nico Hulkenberg, who gave Sauber their best result of the season so far with fifth. Nico Rosberg finished where he started in sixth.

The final lap began with Lewis Hamilton closing on the battle for seventh between Daniel Ricciardo and Romain Grosjean. Hamilton tried to pass the Lotus at the Roggia chicane but ran wide and had to surrended the position, meaning the trio finished in that order.

Jenson Button took the final point of the day while Kimi Raikkonen could only finish 11th after damaging his front wing on the first lap in contact with Sergio Perez.