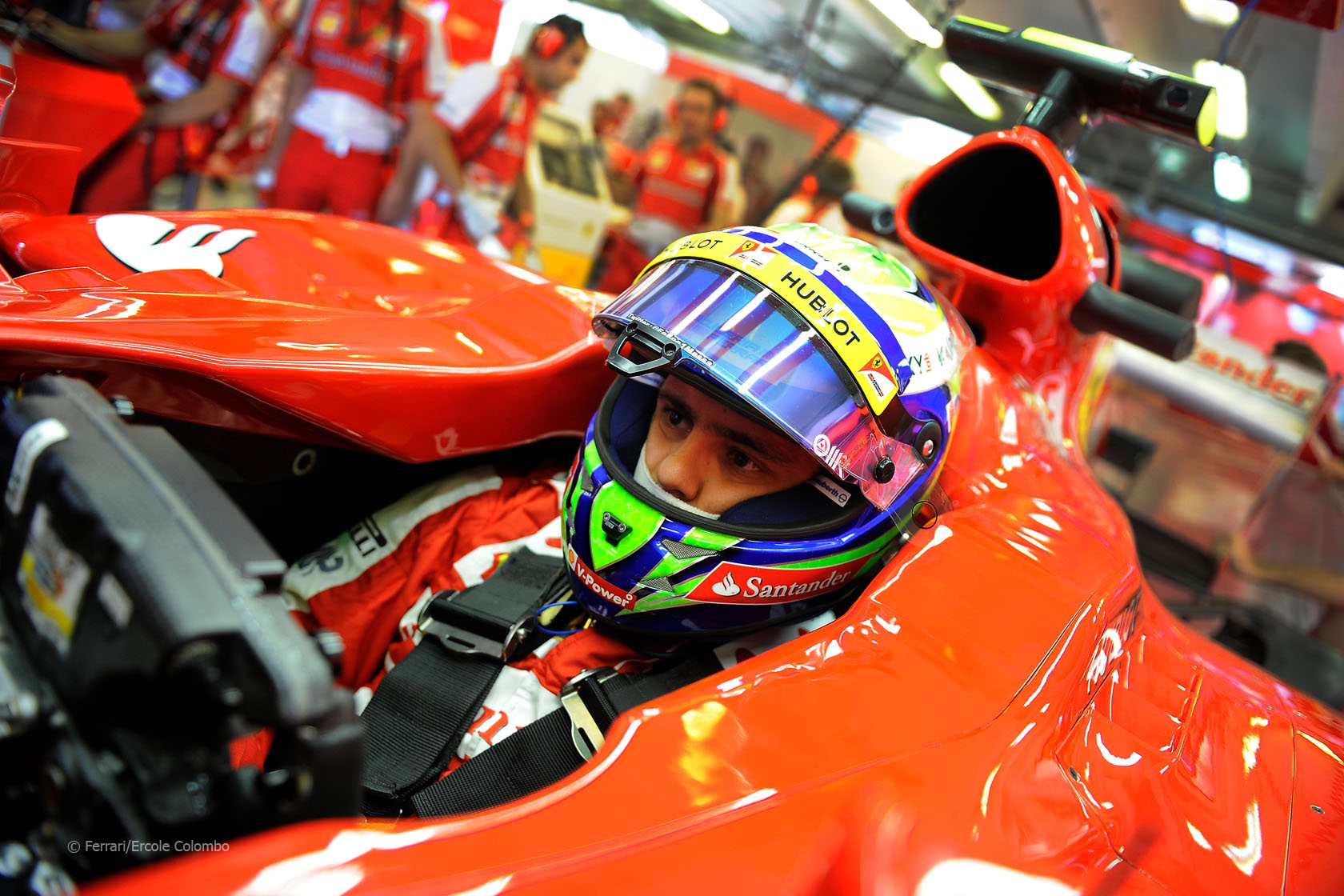 Felipe Massa will leave Ferrari at the end of the year, he has confirmed on Twitter.

Rumours have linked Kimi Raikkonen to a move to the team next year.

“From 2014 I will no longer be driving for Ferrari,” Massa announced on Tuesday evening.

“I would like to thank the team for all the victories and incredible moments experienced together. Thank you also to my wife and all of my family, to my fans and all my sponsors.

“From each one of you I have always received a great support! Right now I want to push as hard as possible with Ferrari for the remaining seven races. For next year, I want to find a team that can give me a competitive car to win many more races and challenge for the championship which remains my greatest objective! Thank you all.”

Massa joined Ferrari in 2006 and scored his first victory for the team in the Turkish Grand Prix that year. In 2008 he narrowly missed out on winning the world championship in the final round, losing to Lewis Hamilton by a single point.

The following year Massa was seriously injured in a crash at the Hungaroring and was out of action for the rest of the season. He returned in 2010 but since then has struggled to get on terms with new team mate Fernando Alonso.

Since his crash Massa has not added to the 11 wins he scored for the team. He was on course for victory at Hockenheim in 2010 but was ordered to let Alonso past to take the win.

Massa has started more races for Ferrari than any driver bar Michael Schumacher.