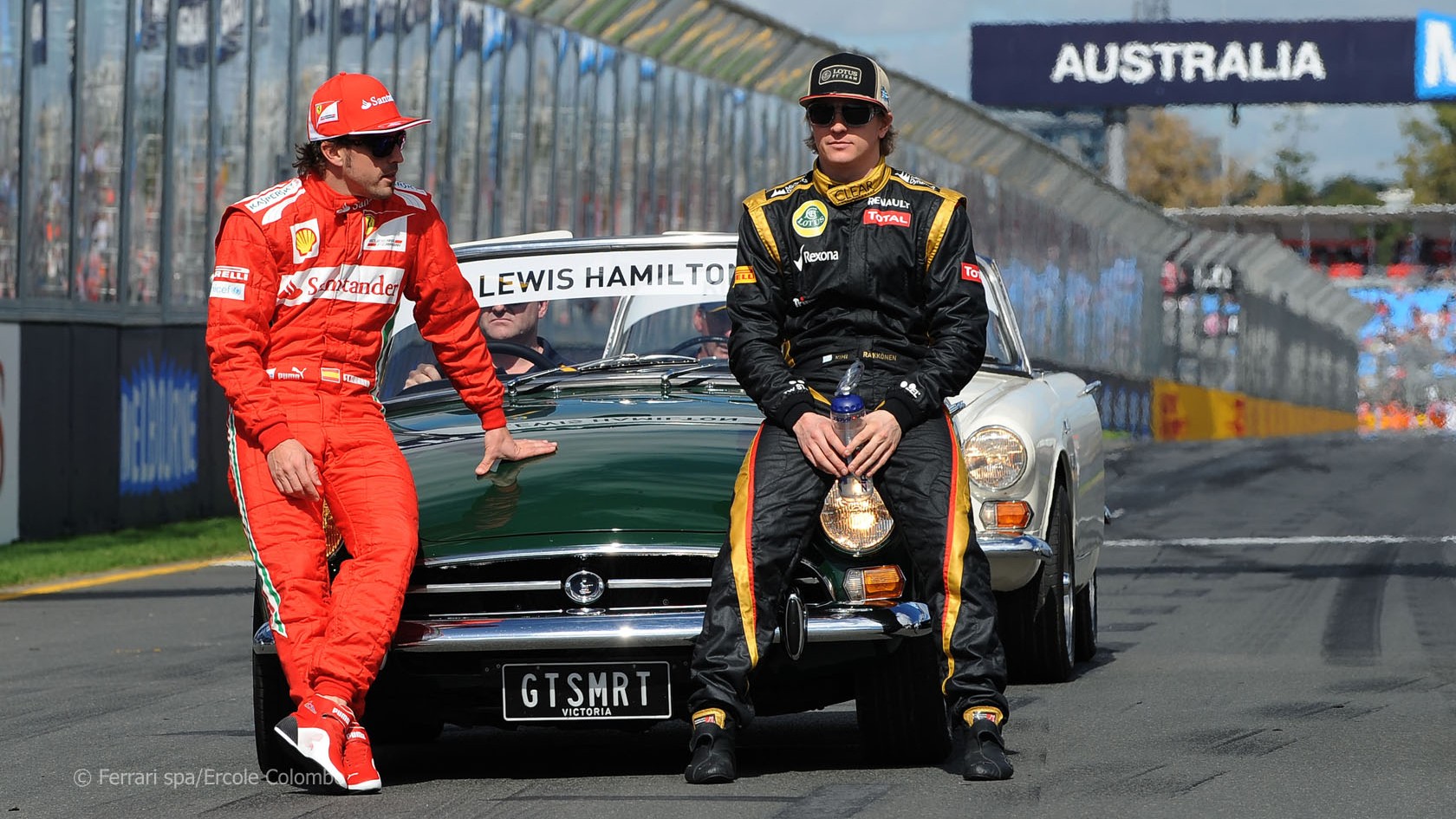 Ferrari’s 2014 driver line-up of Kimi Raikkonen and Fernando Alonso will be the first time in 60 years they have fielded two world champions.

The team’s long standing preference for having clear ‘number one’ and ‘number two’ drivers explains why F1’s oldest outfit hasn’t paired two world champions since they turned up at Monza in 1953 with half-a-dozen entries including Alberto Ascari and Giuseppe Farina.

Even as recently as last year, president Luca di Montezemolo insisted “I don?óÔéĽÔäót want to have two roosters in the same hen house”.

Montezemolo was referring to rumours that Sebastian Vettel might join Fernando Alonso at the team. But in rehiring Raikkonen – a world champion and winner of 20 grands prix – they have now done exactly that.

The need to get the best

As argued here previously, the move makes sense for Ferrari. The 2010 points system change made life harder for teams who don’t pick the two best drivers available to them.

This year’s championship contest has underlined that point. For the third year in a row, Massa has thus far failed to score as much as half of Alonso’s points tally. Meanwhile Ferrari find themselves under pressure from Mercedes who have a pair of race-winning drivers.

It’s not just the points system which impels Ferrari to increase the quality of their driver partnership. Car performance between the top teams has converged in recent years, making it imperative for teams to ensure both drivers are getting the most out of their equipment.

This wasn’t the case a decade ago. In the early 2000s Ferrari could count on building a car that would take pole position by a second and win by a minute. Therefore they could afford to partner Michael Schumacher with someone who wasn’t going to get anywhere near him.

The rules have tightened so sharply since then that no team – not even reigning multiple world champions Red Bull – enjoy anything like that kind of performance advantage. In Mark Webber, Vettel has a team mate who has usually put him under more pressure than Massa has Alonso. That is set to change.

For Ferrari, rehiring Raikkonen has the added benefit of throwing down the gauntlet to Red Bull, who passed him over in favour of promoting Daniel Ricciardo. But it does raise the question why Ferrari they let him go in the first place.

How will Alonso react? The most fascinating aspect of today’s news is how Alonso will respond to being partnered with a competitive team mate for the first time in seven years.

Alonso repeatedly made plain his preference was for Massa to remain at the team. Alonso described the pairing as a “very strong team” and reiterated his support for his team mate on the day before Massa’s departure was announced.

Alonso has not come under serious pressure from the other half of his team’s garage since he was teamed with Lewis Hamilton at McLaren in 2007. The explosive consequences of Alonso’s demands for preferential treatment not being met are well known. Relations between Alonso and McLaren deteriorated to the extent that he tipped the FIA off about the team’s use of confidential information from (ironically) Ferrari which he had been involved in.

Renault team principal Flavio Briatore was more willing to indulge Alonso’s ‘number one’ preference during their time at Renault. But it’s hard to imagine Raikkonen being willing to go to the lengths some of Alonso’s team mates have to support his title chances.

In his last Ferrari stint Raikkonen showed he was willing to yield to his team mate when his own championship chances were over – as he did at Shanghai in 2008.

But would he give up a clear shot at a race win while still in contention for the championship, as Massa did for Alonso at Hockenheim three years ago? Would he tolerate Ferrari purposefully earning him a five-place grid penalty so his team mate could gain a position on the grid, as they did in America last year? Or spend time trying to help his team mate in qualifying by giving him a tow, as Massa did last weekend?

Some Ferrari insiders apparently believe Alonso will easily have the beating of Raikkonen. But both are top-drawer drivers and there are going to be days when one is ahead of the other. And it’s hard to imagine a fellow world champion of Alonso’s, who fought him for the title in 2005, being as subservient as Massa has.

How will Ferrari handle having two top drivers in their team next year? And which of the two will come out on top? Have your say in the comments.

158 comments on “Ferrari put two roosters in their hen house”