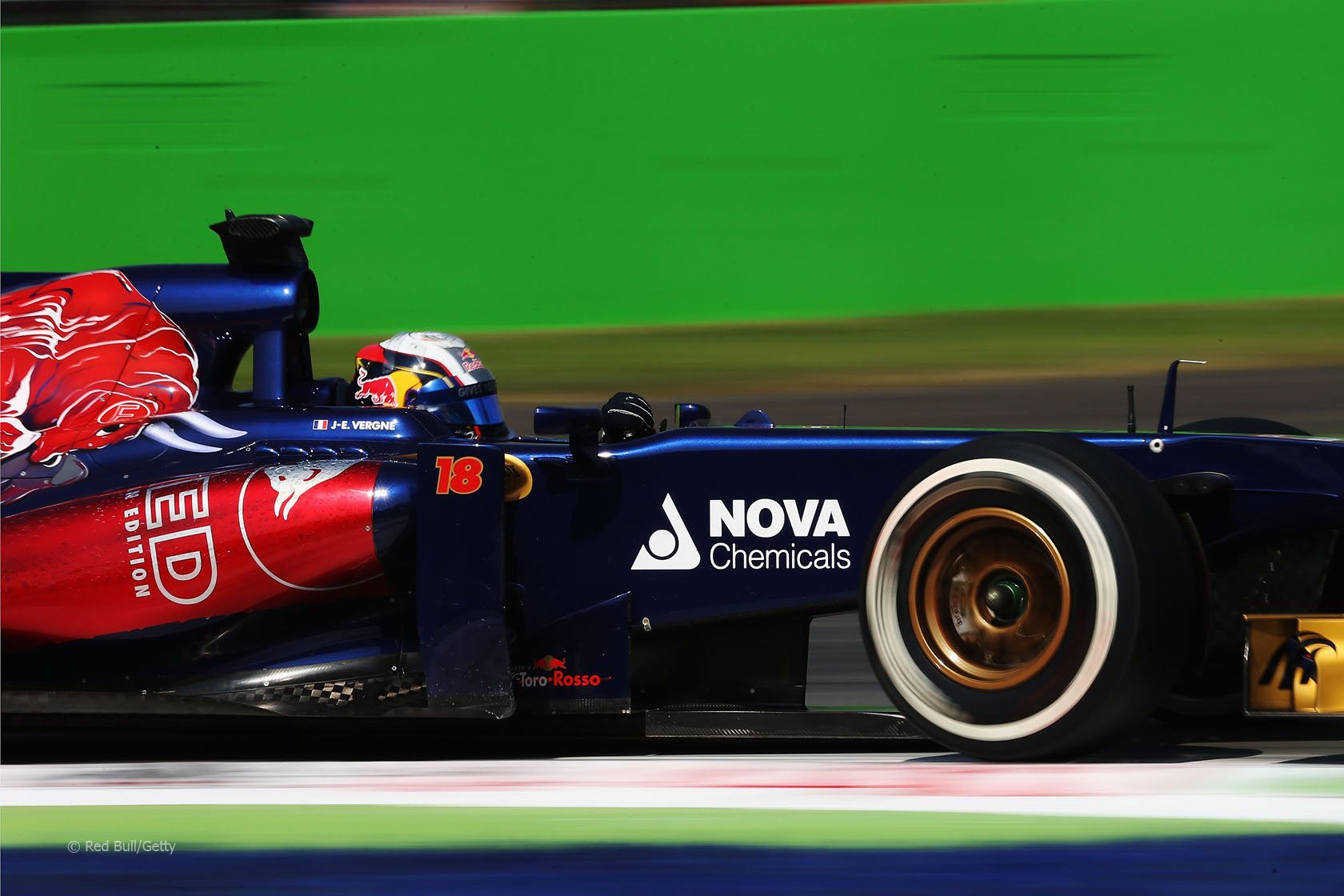 Fans’ videos from the Italian Grand Prix weekend captured F1 cars in action at the fastest track on the calendar – and Jean Eric Vergne’s slip-up during qualifying.

Ferrari supporters head to the track.

This is the fastest place to watch on the F1 calendar – the straight leading into the Rettifilio chicane, where Daniel Ricciardo was clocked at 340kph during the race weekend. It gives a spectacular view of how quickly the cars go – and how rapidly they decelerate!

Jean-Eric Vergne runs wide at Parabolica at the end of Q3.

The Red Bulls get away well at the start as the Ferraris pounce on Hulkenberg.

The field filter through the first chicane with the two Marussias bringing up the rear and fighting each other hard for position.

Sebastian Vettel and Mark Webber were 11 seconds apart when they made their pit stops together on lap 24 and rejoined the track the same distance apart after two perfectly-drilled Red Bull pit stops.

Vettel drove well all weekend and scored a fine win yet sadly, and not for the first time this year, many in the crowd booed him.