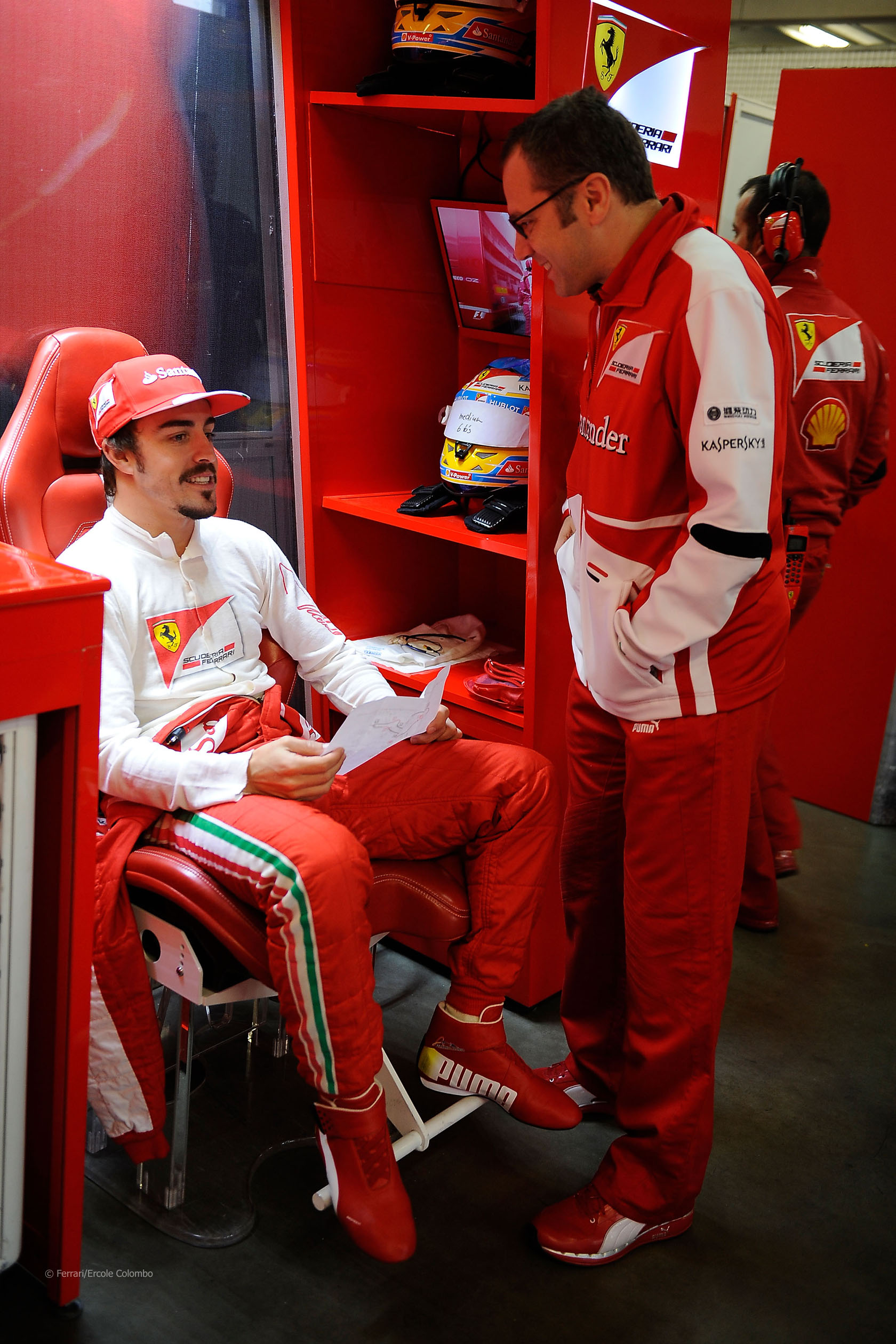 Ferrari team principal Stefano Domenicali says Fernando Alonso has nothing to fear from the hiring of his new team mate.

Yesterday the team confirmed Kimi Raikkonen will replace Felipe Massa alongside Alonso for their 2014 campaign.

“For anyone thinking that the choice of Kimi is somehow an anti-Alonso choice, I can put their minds at rest,” Domenicali told the team’s website, “at Ferrari, everyone knows the interests of the team come first and only then those of the individual.”

“Fernando is a key asset for this team and he will be for a long time. I?¾įķ╝įõ¾m sure he is the first to be happy with a choice made to strengthen the group, because he is too intelligent not to realise that a stronger team can only be an advantage.”

It’s been six decades since Ferrari last had two world champions driving for them as they have usually preferred to pair a strong number one driver with a weaker team mate. Last year president Luca di Montezemolo said “I don?¾įķ╝įõ¾t want to have two roosters in the same hen house”.

Domenicali addressed what he called “the poultry question”, saying “it brings to mind football fans who are scared of rival teams because they have so many strong forwards and so they hope they will fight each other for the ball”.

“Nothing will change in the way the team is run,” Domenicali added. “Since the world began, our drivers have always started on equal terms. It?¾įķ╝įõ¾s always been that way and always will.”

“Then, during the course of the season, if the situation is such that one driver can help the other based on the points table, it?¾įķ╝įõ¾s logical and right that it should happen. It?¾įķ╝įõ¾s happened in the past and will happen in the future, as all drivers who have driven a Ferrari have demonstrated.

“It occurred at the time of [Juan Manuel] Fangio and [Peter] Collins and more recently with [Mika] Salo and [Eddie] Irvine, when the Finn gave up on his only chance of a win in Formula 1 to help his team-mate, as Raikkonen was helped by Felipe [Massa], before repaying the compliment and again with Felipe and Fernando.”

Domenicali believes no other team will be a match for Ferrari’s line-up next year: “The combination of Fernando and Kimi is the best one could have today in Formula One, in terms of talent, experience, competitive spirit and the ability to move car development forward.”