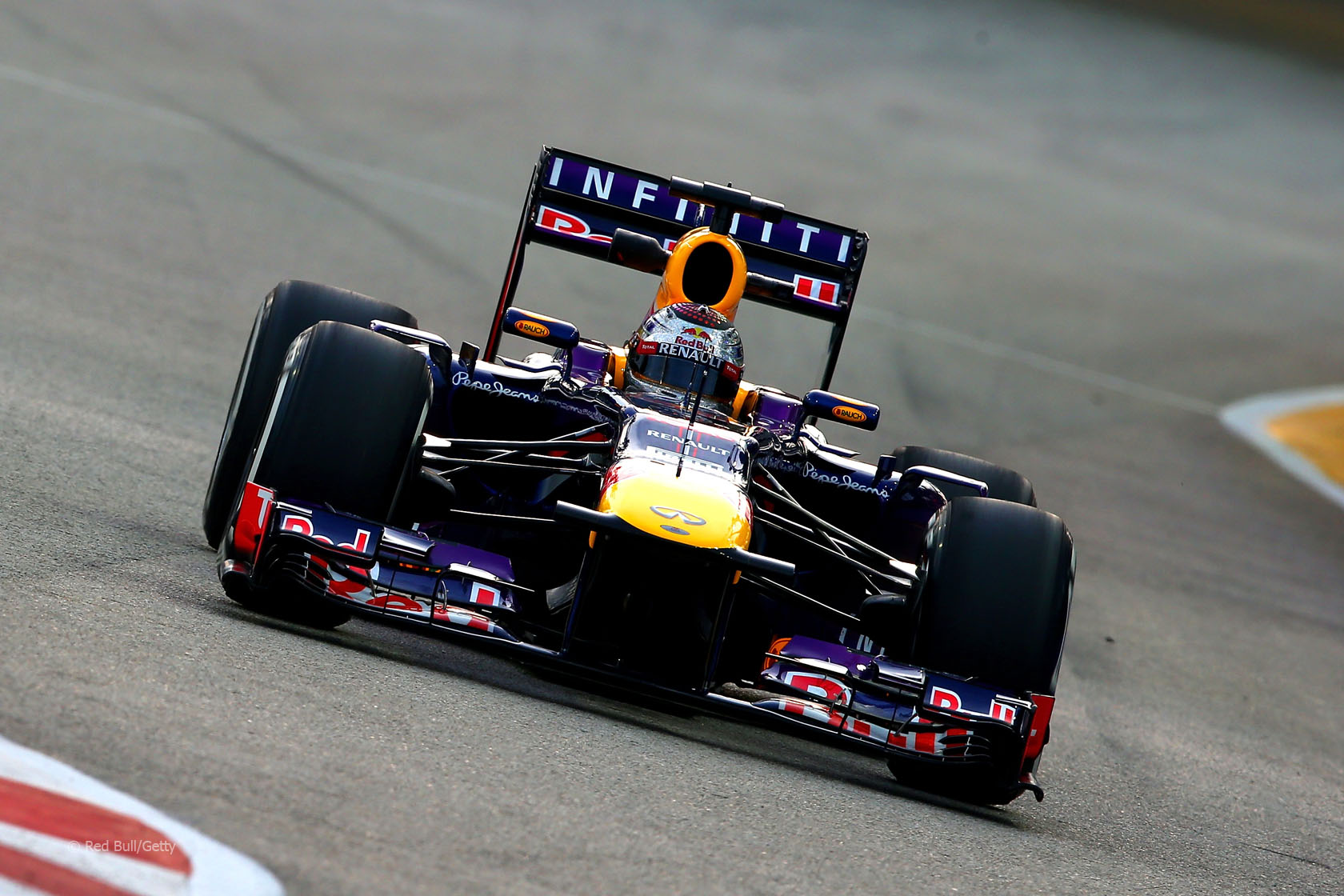 Sebastian Vettel remained the driver to beat in Singapore but Red Bull’s rivals narrowed the gap during the final practice session.

Vettel improved on his quickest time from yesterday by a tenth of a second but Romain Grosjean was within two tenths of a second of Vettel’s benchmark time.

However at the end of the session Grosjean warned his team he was concerned the braking problem he’d experienced yesterday still hadn’t been completely cured.

Nico Rosberg was third-fastest for Mercedes but over half a second slower than Vettel.

As in yesterday’s second practice session drivers found the super-soft tyre was in the region of two seconds per lap faster than the medium. Mark Webber was the quickest driver on the track before the drivers began using the super-soft tyre, edging team mate Vettel by less than a tenth of a second. He ended the session fourth.

The Ferrari remained the fourth-quickest car in Fernando Alonso’s hands, behind Lewis Hamilton and a full second slower than Vettel.

Both McLaren’s were inside the top ten, separated by Nico Hulkenberg’s Sauber, and ahead of the second Ferrari of Felipe Massa.

Kimi Raikkonen didn’t set a representative time on the super-soft tyres and ended up 12th. The struggling Force Indias were also outside the top ten, Paul di Resta having a spin at turn 14 early in the session.