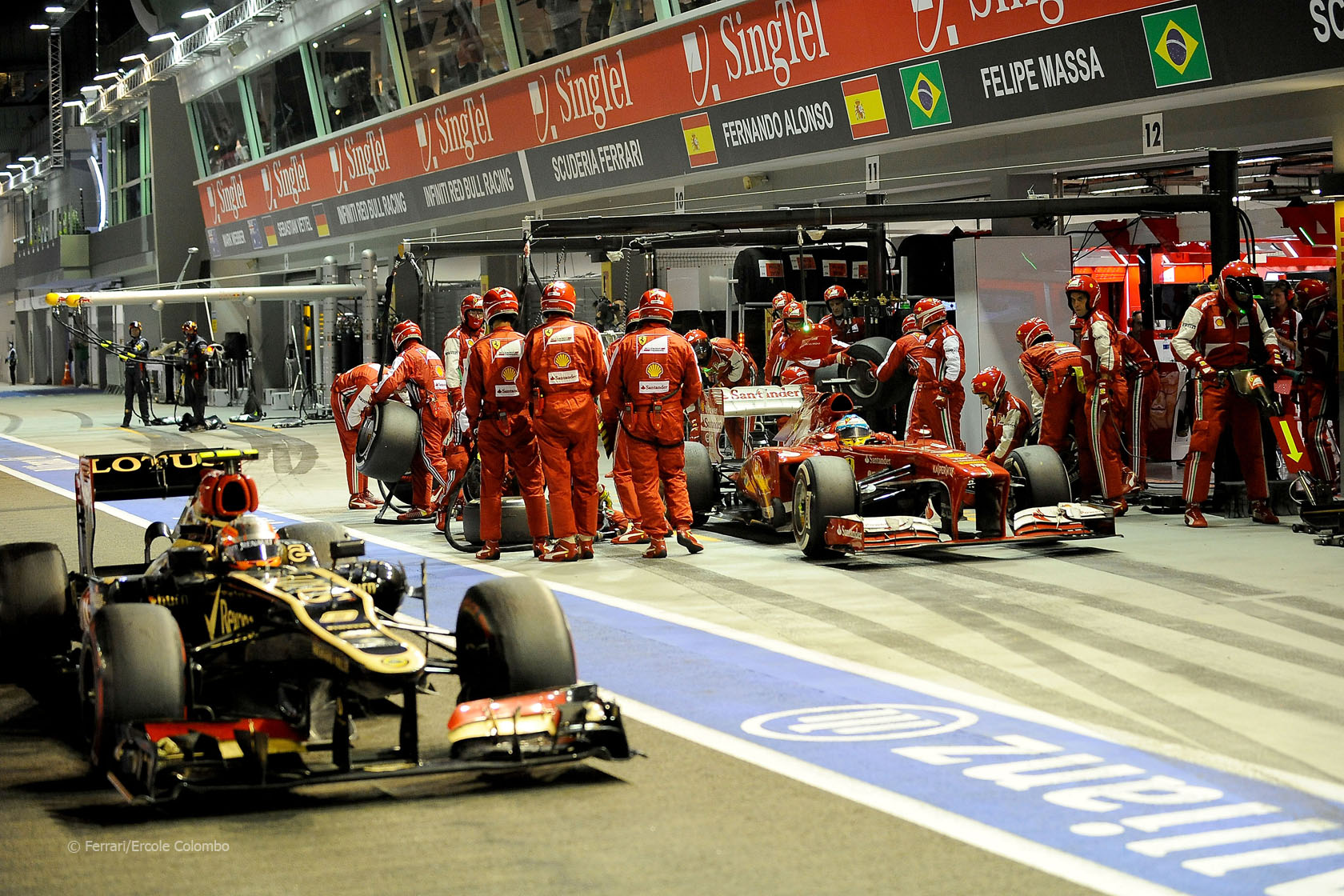 Almost the entire field started the Singapore Grand Prix on the faster super-soft tyre – but their strategies diverged from that point on.

When it came to the choice of tyre for the second stint the field was split almost exactly down the middle – 12 stuck with the super-soft tyres, the rest opted for mediums.

When the Safety Car came out almost all the drivers still on super-soft tyres switched to mediums in an attempt to reach the end of the race without making a further stop. It worked better for some than others.

Sergio Perez enjoyed the fastest pit stop of the race courtesy of the McLaren pit crew. But Red Bull’s consistent speed impressed again: the next four quickest pit stops all belonged to them, and all were within less than a quarter of a second of each other.

Not all the pit stops were standard four-tyre changes: Jules Bianchi came in on lap 11 to have his steering wheel replaced to cure a gear shift problem. And Romain Grosjean had a long pit stop as Lotus tried in vain to cure a fault on his engine’s pneumatic system.